In Praise of Eric Baudelaire

Discover this superb filmmaker via a retrospective hosted by MUBI. 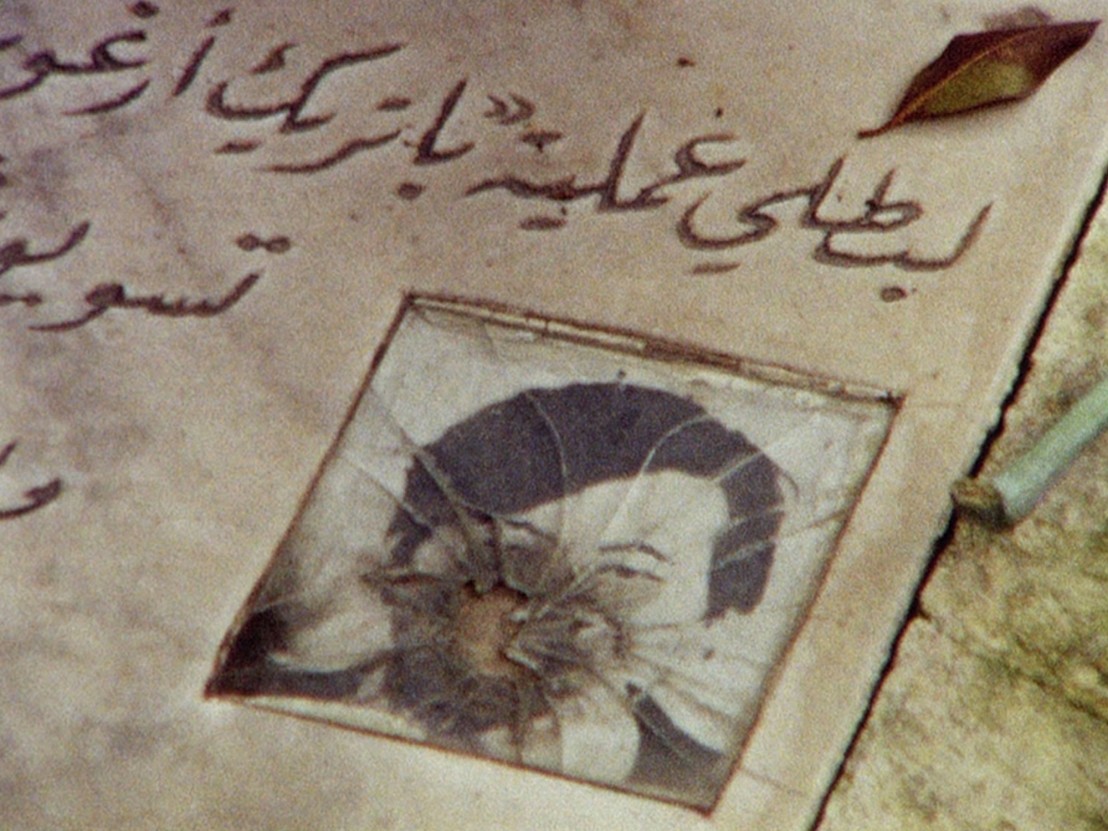 As much as any filmmaker of his generation, the American-born, Paris-based artist Eric Baudelaire appears fascinated by the cinema’s most fundamental component, namely that of the image and its role as an indexical marker in our conception of past events. That said, Baudelaire is drawn not to the documented or recorded so much as the unknown or undisclosed; in fact, the images he concerns himself with are oftentimes nonexistent. Over the course of four features and a pair of shorts, Baudelaire has quietly worked to reimagine both the essay film and its epistemological capacity for historical inquiry.

The material image itself is subjected to investigation in both 2009’s [sic] and 2010’s The Makes, two of the director’s early shorts. The former, a brief piece inspired by a trip through Kyoto, depicts a young woman in a Japanese bookstore systematically scraping art books of certain pictorial details. In Japan, this act of obscuration is known as “bokashi,” a preemptive measure against stimulating untoward sexual desire. Here, however, we see the girl take a small craft knife to images of nudity as well as architecture and landscape photography. Baudelaire’s comment on the subjective nature of obscenity and the damaging implications of artistic censorship are as carefully articulated as the woman’s work is precisely rendered.

The Makes, meanwhile, meditates on an alternate cinematic history, one in which the great Italian director Michelangelo Antonioni relocated to Japan to produce a series of films which today exist only as unrealized screenplays. Staged as an interview with critic Philippe Azoury, who discusses the films as if they’re recognised achievements while flipping through stills of famous Japanese actors, the film produces a intriguing temporal dissonance between disparate periods, places, and people, our knowledge and understanding of an unknown filmic era made manifest.

The experiential distance between these sources – between subjective and suggested notions of certain epochs or events – forms the basis of much of Baudelaire’s feature work. 2011’s In The Anabasis of May and Fusako Shigenobu, Masao Adachi, and the 27 Years Without Images, for example, the director investigates a chasm of personal memory and political amnesia with respect to the Japanese Red Army and their coalition throughout the 1970s and ‘80s with the People’s Front for the Liberation of Palestine. Through a combination of vintage film clips, newly shot 8mm footage of Beirut and Tokyo, and the voiceover reflections of May Shigenobu, daughter of the late founder of the JRA, and controversial filmmaker Masao Adachi, who set aside his artistic aspirations to join in the Palestinian cause, Baudelaire is able to cinematically reconstruct an era with no visual analogue for the atrocities that plagued a nation and continue to affect future generations.

A companion piece of sorts, 2013’s The Ugly One considers this peculiar cultural elision by not only enlisting Adachi once more to provide verbal recollections, but also by constructing a fictionalised framework to act as compliment to these memories. Interspersed amidst these ruminations are contemplative images of the Lebanese landscape, as well as the story of Michel and Lili (played by Rabih Mroue and Juliette Navis), whose seemingly idyllic lives are transpiring against a backdrop of violence. Their role in the various offscreen crises are dramatized through increasingly tense episodes of ideological turmoil, with Beirut acting as epicenter for their radical displays of discontent. If The Anabasis plays as a volley of autonomous addresses to an abstract recipient, The Ugly One communicates directly to the viewer by way of the most visceral of storytelling means.

Baudelaire’s most recent work, 2014’s Letters to Max, takes correspondence as its principal narrative device. Constructed as an exchange between Baudelaire and Maxim Gvinjia, with a selection of the director’s letters read aloud by the former Foreign Minister of the unrecognized Georgian state of Abkhazia, the film attempts the most ambitious of feats, conjuring a cinematic continuum for a country which for all intents and purposes doesn’t exist. Through a series of dialogues presented as onscreen inquiries and overheard answers, Baudelaire constructs a conversation which itself is constantly regenerating and renegotiating the extent of its own verisimilitude – Abkhazia is of nominal disregard, suggesting the inability for such a correspondence to feasibly transpire.

In questioning the very definition of delineation and the veracity of images as they pertain to an ostensibly invisible subject, the film’s reflexive construction effectively stages a discussion of ontological ramifications, with two friends acting as conduits for a literal and figurative state of cultural consciousness. And in that sense, Letters to Max may be both Baudelaire’s most inquisitive and lucid consideration yet of the image as a beacon of historical cognisance – events may be lost to time or memory, but art retains the ability to bring the past into direct discourse with the present.

A season of films by Eric Baudelaire will screen on MUBI 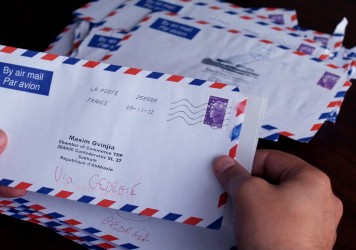 Eric Baudelaire travels to the disputed territory of Abkhazia in this haunting documentary.