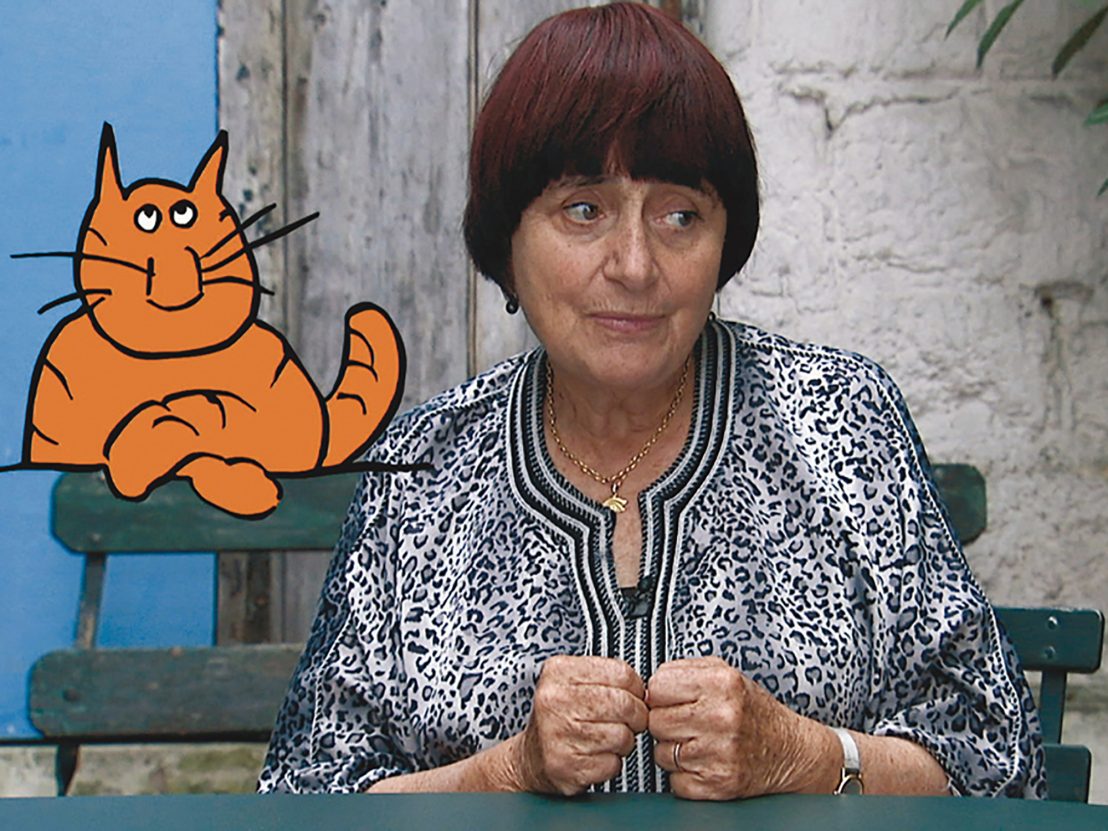 About halfway through The Beaches of Agnès, director Agnés Varda casually describes her idea of the film while overseeing the set-up of an exhibition of photographs from her pre-filmmaking days. “This whole idea of fragmentation appeals to me. It corresponds so naturally to questions of memory.” Filmed around the time she turned 80 years old, this is a sprawling, experimental, autobiographical project structured around a series of art exhibits, dramatic recreations and installations.

It takes place in and around the seaside landscapes of Varda’s past, ranging from the shores of La Pointe-Court in Sète (the location of her feature debut) and the banks of the Seine in Paris, to the California coastline. As she moves through these spaces, Varda, a formative filmmaker of the French New Wave, considers how the key moments of her life have influenced and been affected by her work.

Fragmentation and reflection are recurring motifs throughout the film. Varda’s handheld digital camera, a fixture since 2000’s The Gleaners and I, lingers on images of fracture and decay. These can be the newly-repaired tiled floor of the photo exhibition space, or the remnants of water damage that have splintered out into concentric circles and are slowly taking over a corner of her ceiling at home.

The opening sequence finds Varda and a young crew installing antique mirrors of all sizes and in various states of deterioration around an overcast beach. Some are mounted on makeshift easels made of drift wood. Others are buried in the sand with only a glimpse of shiny surfaces peeking through the granules. The rest sit dangerously close to the surf, soon to be washed away as high tide rolls in. The mirrors reflect, and so too does Varda: her earliest childhood recollections are now just fleeting impressions and emotions, also in danger of being swept away by time and tide.

Going beyond simply recounting events, Varda interrogates the very exercise of discerning objective truth from memory. Dramatic re-enactment is culled from disparate elements — archival evidence, first-hand testimony and the occasional bit of artistic license. These modes of communication can produce an emotionally authentic rendering of the past, if not a factually accurate one.

For example, the DIY nature of Ciné-Tamaris, the company Varda founded to produce and distribute her own films, is depicted by recreating the production office in the middle of a bustling town square surrounded by mounds of sand — it’s a new beach of Varda’s own making. Film images are themselves are also fragments of time. Still images captured on celluloid or digital devices serve as the trace evidence of some version of the past. Varda has remarked on the mutability of filmic time when she characterised herself as another sort of gleaner in The Gleaners and I.

She is a gleaner of images, of time and memory, picking and choosing which to immortalise and which to leave on the cutting room floor, forever lost and eventually forgotten. She returns to the photography exhibit and is overwhelmed by the grief of seeing long-dead friends and loved ones in these images. They are reanimated as youths. Later she reflects on her need to film her late husband, the French director Jacques Demy, during the final years of his life (a project which would become the 1991 quasi-documentary biography, Jacquot de Nantes). “As a filmmaker, my only option was to film him in extreme close-up: his skin, his eye, his hair like a landscape, his hands, his spots. I needed to do this, take these images of him, of his very matter. Jacques dying, but Jacques still alive.” The flesh dies, but film endures, though only as fragment of a life that once was.

To borrow from André Bazin (co-founder of Cahiers du cinéma and contemporary of Jean-Luc Godard, François Truffaut and Varda herself), film is “preservation of life by a representation of life.” So too is The Beaches of Agnès. It is Varda’s attempt to capture and preserve something of herself on film, in her own terms. Indeed, much of her late career work (including this her most recent, Faces Places) has been devoted to the project of documenting and reflecting on her ageing body much in the same way as she did for Demy.

In the completed art installation, Varda employs reels of film stock (salvaged from a failed and long abandoned production) unfurled and stretched to cover the empty frame of a shack-like structure. Sunlight shines through the prints, mimicking light from a projector, though the images are now frozen in time (a literal depiction of “change [or time] mummified” as Bazin would put it). Inside the “cinema-shack” Varda sits on a stool made from film canisters and articulates the concept behind the installation: “In here, it feels like I live in cinema. Cinema is my home. I think I’ve always lived in it.”

The Beaches of Agnès plays as part of Light Show #1 – a season of films on 35mm curated by MUBI, the ICA and Little White Lies. The film screens on Sunday 10 December at 3pm. Book tickets here. 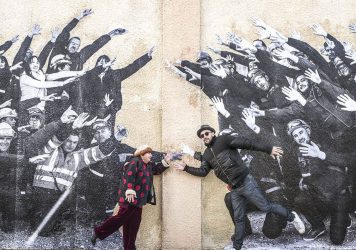