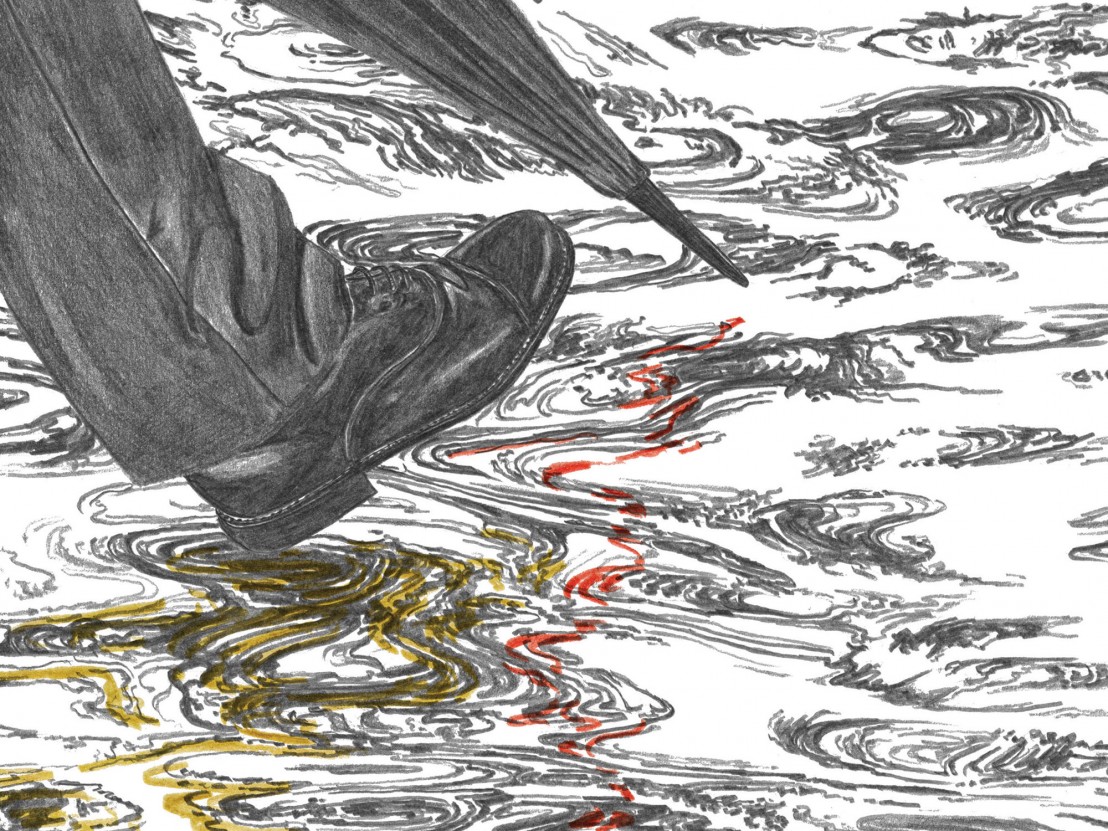 Growing up, Peter Sellers was an unlikely hero of mine. I would enthusiastically watch the Pink Panther films on television without ever fully understanding what it was I found so devastatingly funny about Inspector Clouseau. (Though I admit I’ve always been a bit of a sucker for slapstick and silly accents.) His performance(s) in Dr Strangelove cemented my affection. But still, I struggled to put a finger on what made him such a captivating screen presence. It wasn’t until much later that I discovered Being There, Hal Ashby’s elegantly understated black comedy, which I plucked from a dusty shelf in the local video shop in which I worked for two summers.

When I began thinking about what film I wanted to base this piece around, my mind immediately turned to Being There. Specifically the film’s closing scene, which is in part comprised of a wonderful long-take of Peter Sellers’ simple-minded constant gardener, Chance, stepping out onto the surface of a lake that’s hidden amongst the leafy grounds of a country estate. It’s a haunting, achingly beautiful sign off to Sellers’ career — this was his last film to be released while he was still alive — that never fails to leave me floored. But for once it’s not Sellers’ (arguably finest) performance that makes this scene stand out.

In my time interviewing various filmmakers, actors and industry figures for this very publication, I’ve enjoyed asking one short, simple question above any other; the question we ask everyone — ‘What do you love about movies?’ I’ve never really given much thought as to what my own response would be, but as this seems as good an opportunity as any to fan my ego, I’d have to start with the image of Chance on the lake.

As years of theatrical release go, 1979 was a real corker. It would have been easy to pick a frame from the likes of Alien, Apocalypse Now, Manhattan, Quadrophenia, Mad Max or The Warriors, to name but a few. Despite being an under-praised and less iconic film by comparison, however, Being There exemplifies the art of illusion and the value of interpretation better than anything from the above list. Having spent his entire life within the confines of an old townhouse only to be unceremoniously ejected following the death of his master, Chance has no experience of the outside world. He is able to cross the lake not because of some indeterminate divine power, but because he has no concept of what it means to sink. To him, there is no such thing as impossible.

Ashby never publicly revealed how he pulled off his greatest trick — that is, showing a man defying all logic and reason by walking on water. Nor what it means. He does, of course, invite speculation and trigger debate by introducing an element of magical realism that at once evokes both religious and fairy tale connotations. Yet it is only through not knowing how it was achieved that this scene becomes so affective. As the late critic Roger Ebert once put it, “a movie is exactly what it shows us and nothing more.” As Chance pauses to tend a partly submerged tree, the words “life is a state of mind” resonate from a nearby eulogy. At the risk of getting overly philosophical, cinema, like life, is what you make of it.

Movies have the power to transport us to new and exciting places while broadening our understanding of the world we live in. Being There, for all its imperfections, succeeds in making us accept our temporary environment while stimulating deeper thought into the nature of truth and intellectual understanding. The notion that “life is a state of mind” is true not just for Chance, but for those who cross his path, for those who come to seek his counsel, and for all those sitting in the audience.

This article was originally published in LWLies 50. 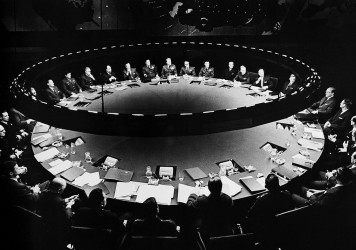