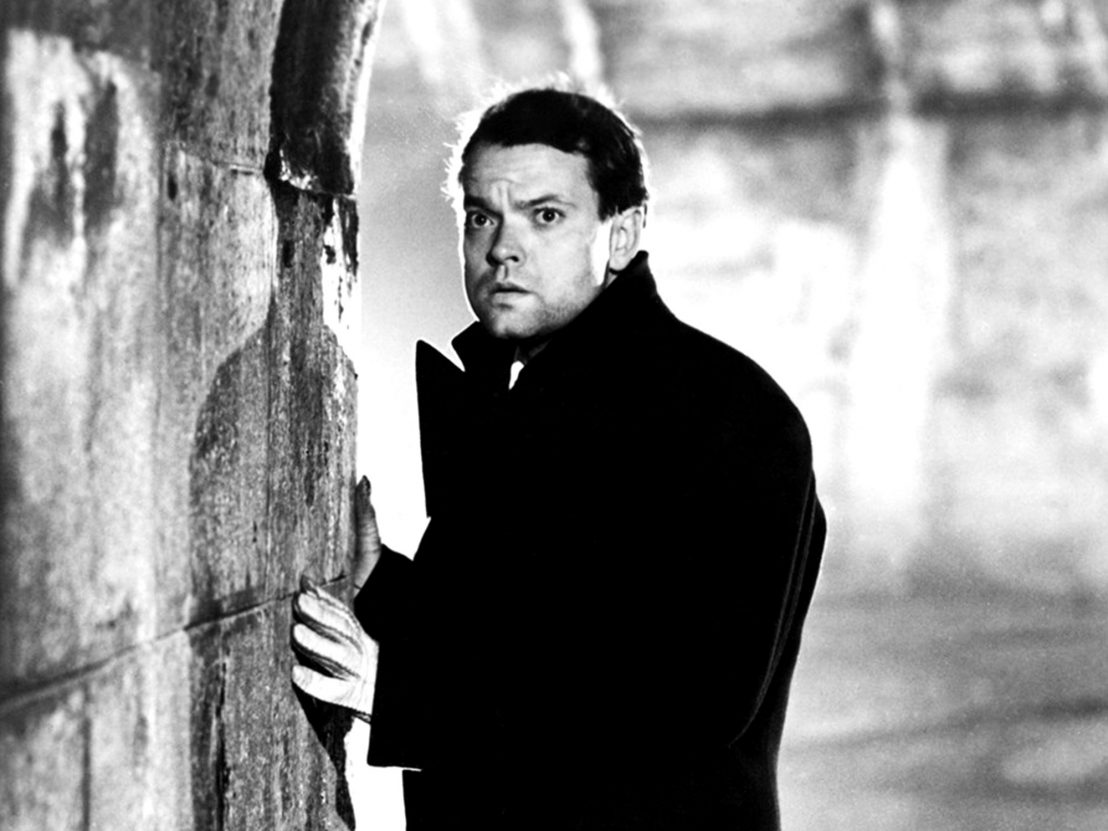 “I never knew the old Vienna before the war with its Strauss music, its glamour and easy charm,” so opens Carol Reed’s 1949 noir, The Third Man. Though it often finds itself at the top of Best British Films lists, the film is international through and through thanks to its Viennese setting; the city then split into four international zones with its centre governed by all four. Seen through Reed’s eye, Vienna is one of the most atmospheric settings rendered on film. Such is the director’s effective use of the city that it is one of the few films covered in this column to even boast a citywide tour to the many moody yet beautiful locations.

With a script by Graham Greene, The Third Man follows downtrodden American pulp writer Holly Martins (Joseph Cotten). After being invited to Vienna by his old friend Harry Lime (Orson Welles) with the promise of work, he arrives to find out that Lime has been mysteriously killed by a car. Trying his best to navigate the complicated politics of the city, he begins to question what really happened to his friend, especially after the head of the British zone, Major Calloway (Trevor Howard), implies that Lime was at the head of a vile penicillin racket. With the initial help of Lime’s girlfriend Anna (Alida Valli), Martins begins to discover that not all is what it seems regarding his old friend and is left with the ultimate conundrum: who was the third man carrying Lime’s body on the night of his death?

With limited time in the capital, I opted to go in search of three of the film’s most pivotal locations. Of course, there are more: the famous sewers in which the film’s dramatic final sequences take place; the Café Mozart – one of the most celebrated coffee establishments in the famously café cultured metropolis – seen in the film (but actually filmed at Neuer Markt) where Greene wrote his original treatment; and the many dramatic streets and buildings seen throughout. But one of these streets stands out in particular: the doorway where Lime is first seen.

Martins is drunk and wandering back from an unsuccessful visit to Anna’s. He spots someone in the darkened doorway being fussed affectionately by a cat. Is someone tailing him? In what is one of cinema’s most famous entrances, we see Lime lit up in the doorway by the light cast from a window before a car gets in the way and he seemingly disappears into thin air; much like the star who played him who was infamously absent for the majority of the film’s shoot.

The doorway itself is on an unusual side road called Mölker Steig, though its address is 8 Schreyvogelgasse, just round the corner from the historical Café Landtmann. The doorway is slightly more lavish and brightly painted now but is mostly unchanged. Equally, the sloping road, the building where Anna and Harry’s flat was and the whole set-up of the road for the sequence is as it was. If Lime tried to run down the alleyway in reality, however, he’d come to a narrow passageway and a set of steps rather than the open square and his route to the sewers.

The road is used in other films too, undoubtedly as a nod to Lime’s entrance. We see it variously in Michael Winner’s Scorpio in which Burt Lancaster wanders and drives past it, and in Richard Linklater’s Before Sunrise in which Jesse (Ethan Hawke) and Céline (Julie Delpy) idly walk past it on their wander through the city. 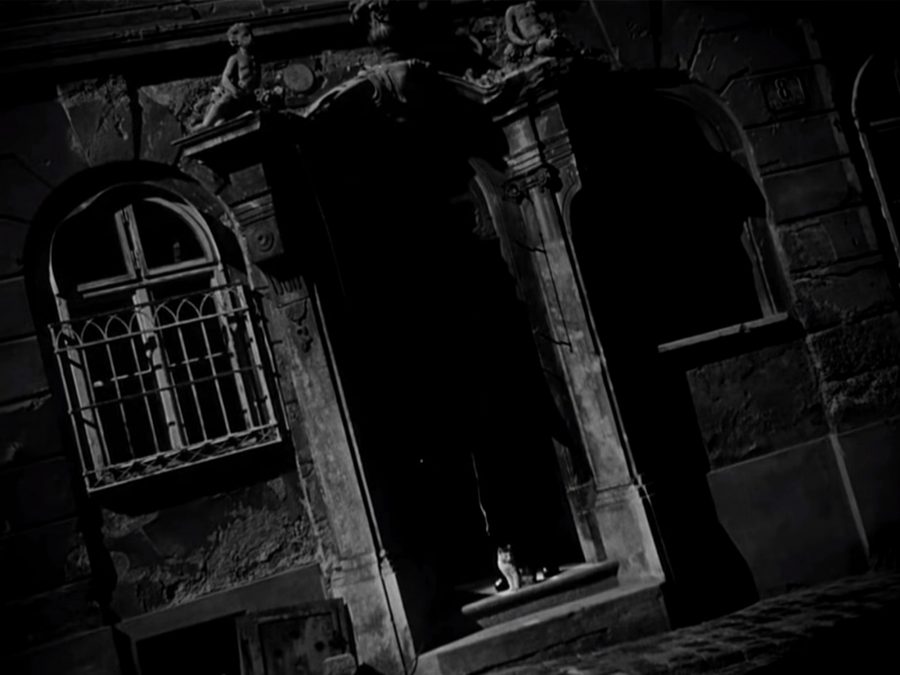 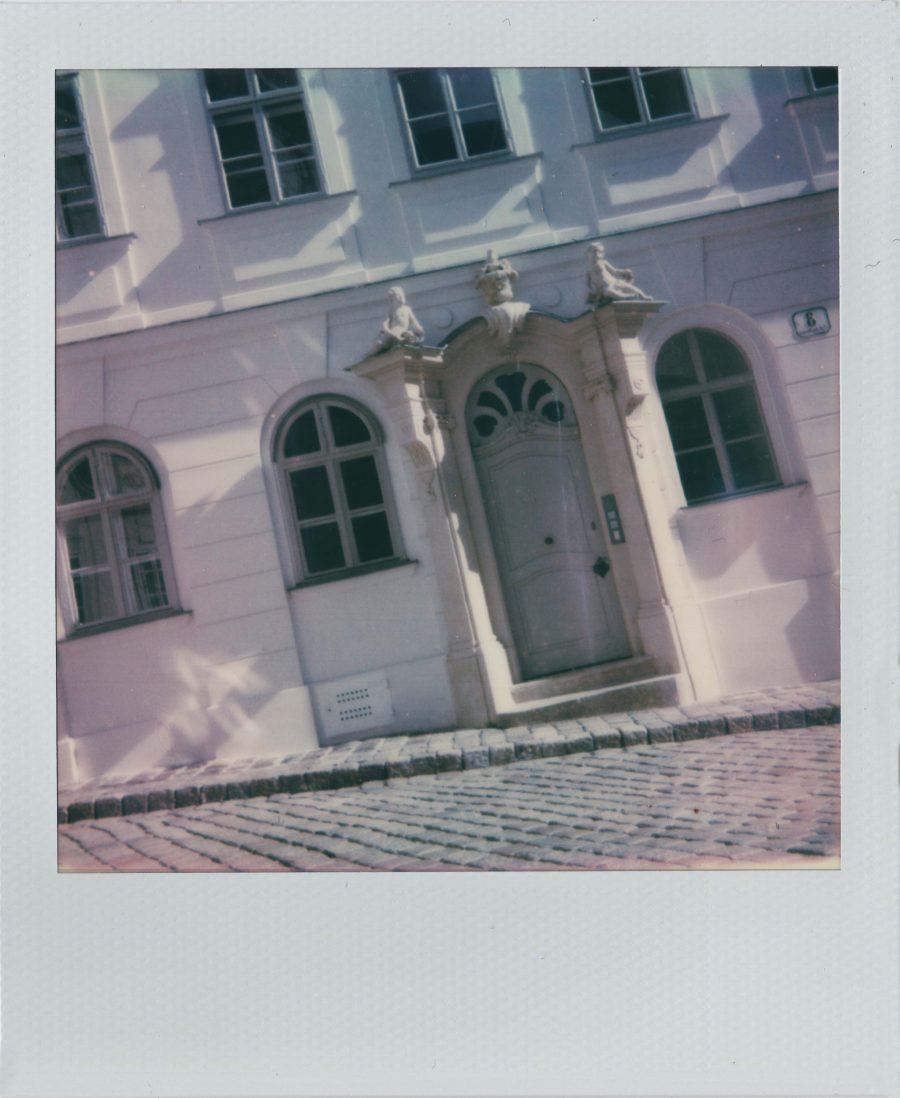 Considering that Welles is only in The Third Man for mere minutes of screen time compared to his co-stars, it is his image and scenes that dominate. He oozes charm and malignance simultaneously, a dangerously charismatic monster. This is never truer than in the film’s sequence on the Ferris Wheel. After finding out that Lime isn’t really dead, Martins forces Lime’s accomplices to arrange a meeting with the elusive racketeer. The choice of meeting place is a Ferris Wheel, the Wiener Riesenrad in the Wurstelprater amusement park. The pair even take a ride and discuss the future of what could happen to them, a scene filled with vague threats and menace, almost in contradiction to the place they’re in.

The Wiener Riesenrad is still working today and, aside from a few modifications, is still as it’s seen in the film. Though now a Viennese landmark in itself, the wheel was actually designed by two British engineers in celebration of Emperor Franz Josef I’s golden jubilee in 1897. It was saved from demolition during the period of World War One simply down to a lack of funds, and has since gone on to have a healthy cinematic career, not just in The Third Man. The wheel is seen in Before Sunrise where Céline and Jesse share their first kiss, in a particularly snowy faux backdrop in Max Ophül’s Letter From An Unknown Woman, and even in The Living Daylights where James Bond (Timothy Dalton) stops the wheel to seduce Kara (Maryam d’Abo) in one of its cabins.

However, its use in The Third Man is the most effective and certainly the tensest. With the theme park having grown a great deal since the era of Reed’s film, it was difficult to shoot from the direction of Martins’ approach due to the array of increasingly large and garish rides. I opted to get another shot from the side of the park, capturing the wheel as clearly as possible, even with the scaffolding currently adorning its sides. 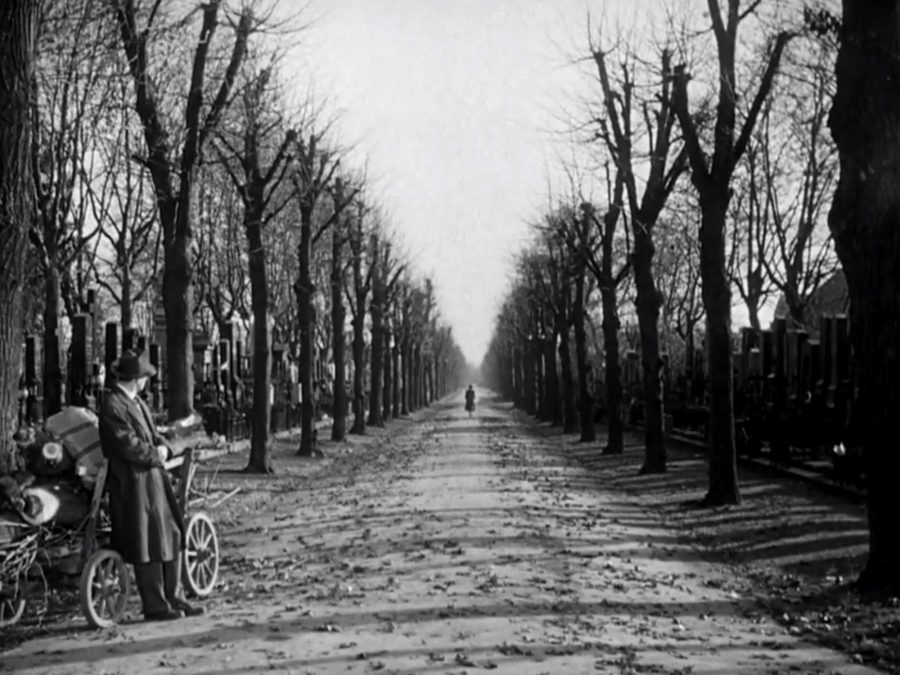 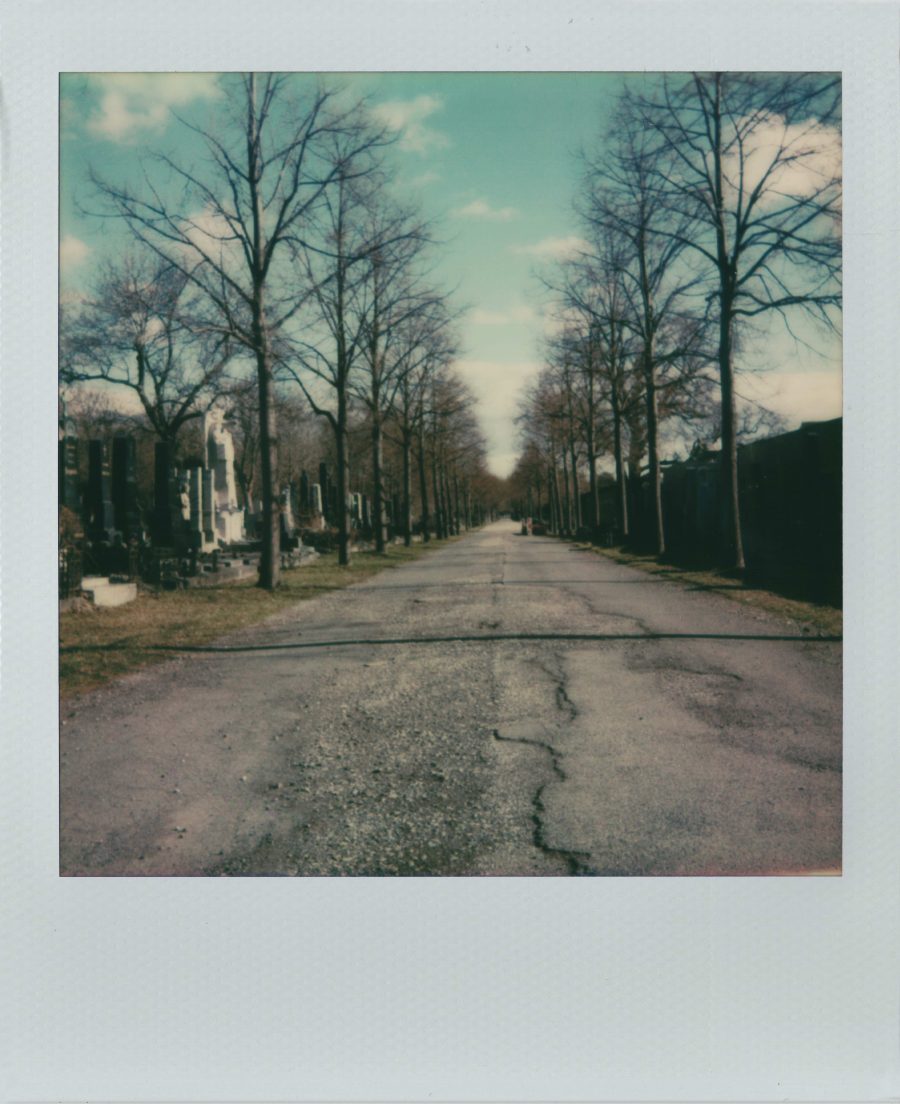 With Lime being buried twice in the film, once for pretend as part of the conspiracy and once for real, it felt right to conclude the visit with a trip to the graveyard where he was laid to rest. Equally, the film finishes in this location and provides one of popular cinema’s best and most melancholy endings. Unlike the other locations, the graveyard is far out of central Vienna. I took the Vienna U-Bahn to the end of the U3 line to Simmering and walked several miles along mostly empty roads until finding the entrance to the Wiener Zentralfriedhof. The huge space is mostly famous for its array of interred composers, including Beethoven, Brahms, Schubert and Schoenberg. Lime was in good company.

The cemetery is one of the largest in the world and houses the huge St Charles Borromeo church in its centre. With the many avenues of graves to walk, it took a long time searching to find the particular spot used in the film. The very final shot of the graveyard shows it at its autumnal best, with leaves falling along the seemingly endless avenues. Eventually I found the right avenue, marked equally by the handful of jet-black headstones seen to the left of the shot.

The scene in question sees Martins attempting one last time to get through to Anna; still in amorous throes for Lime. Opting to stay behind and talk to her rather than accept Major Calloway’s lift, Martins jumps off and naively waits by a cart, believing that he may be lucky this time in spite of having finished off Anna’s lover. Reed’s shot seems to last for an eternity as Anna slowly catches up with him. Just as she approaches within distance to talk to Martins, she ignores him and walks on. Nothing was ever certain in The Third Man, nothing except Vienna. I was equally alone like Martins on my visit, joined only by the occasional construction lorry, but the location was the perfect end to a day’s wandering after Lime’s ghost. 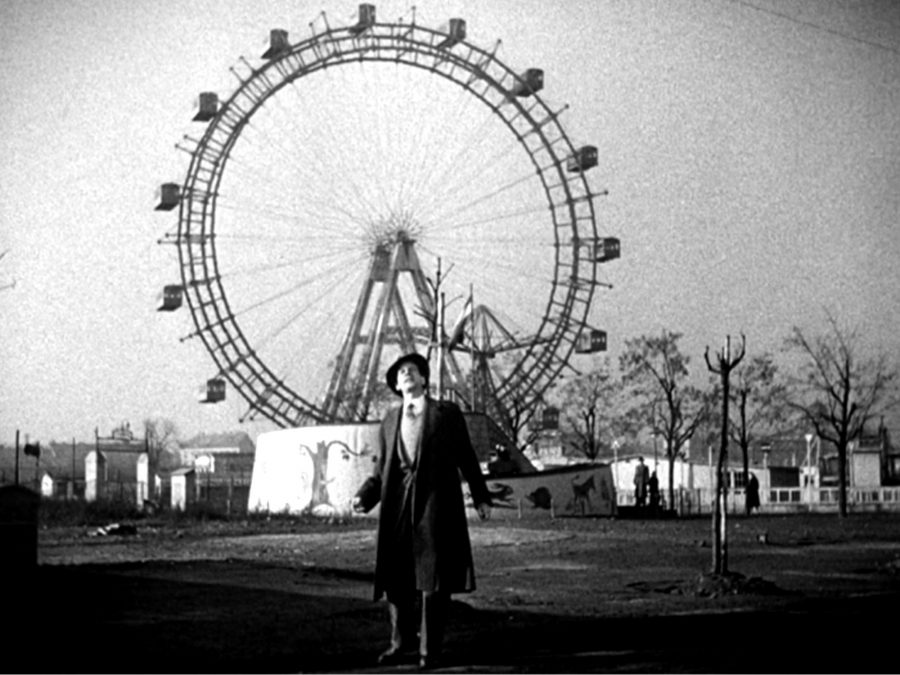 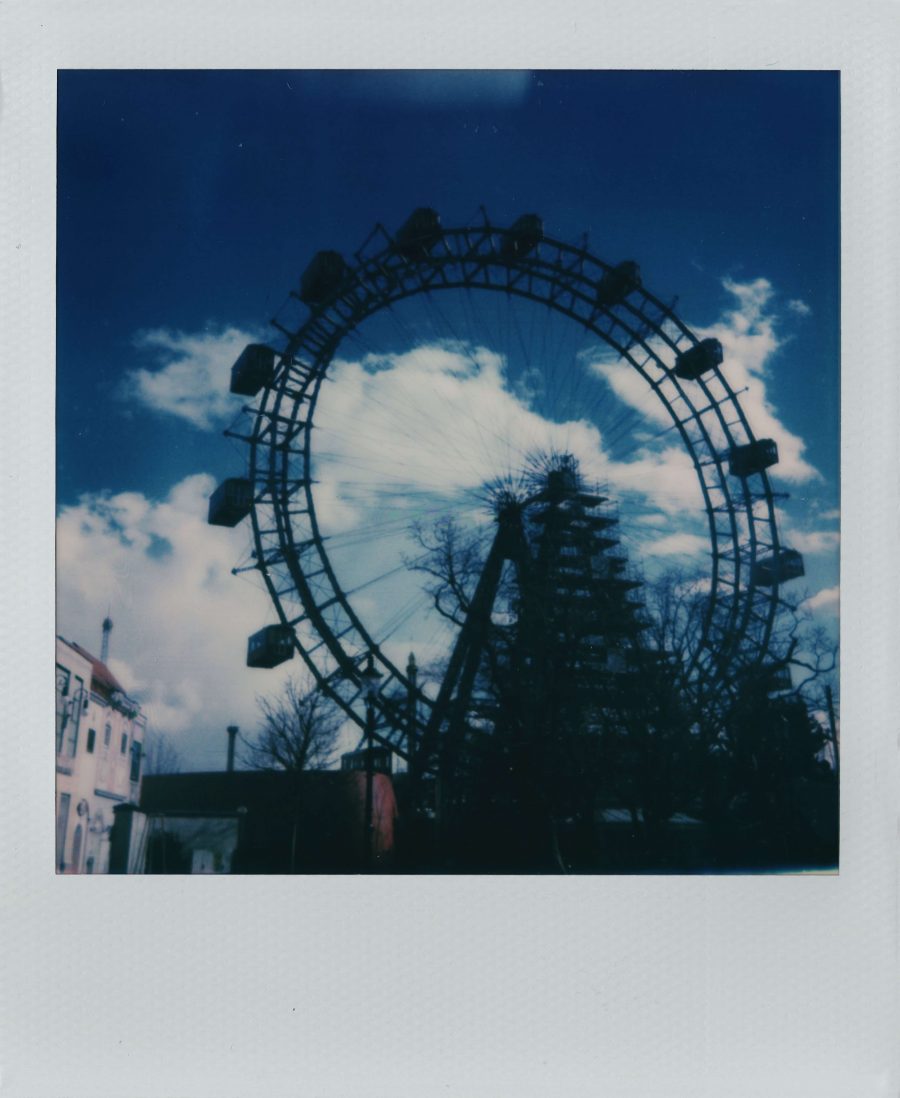