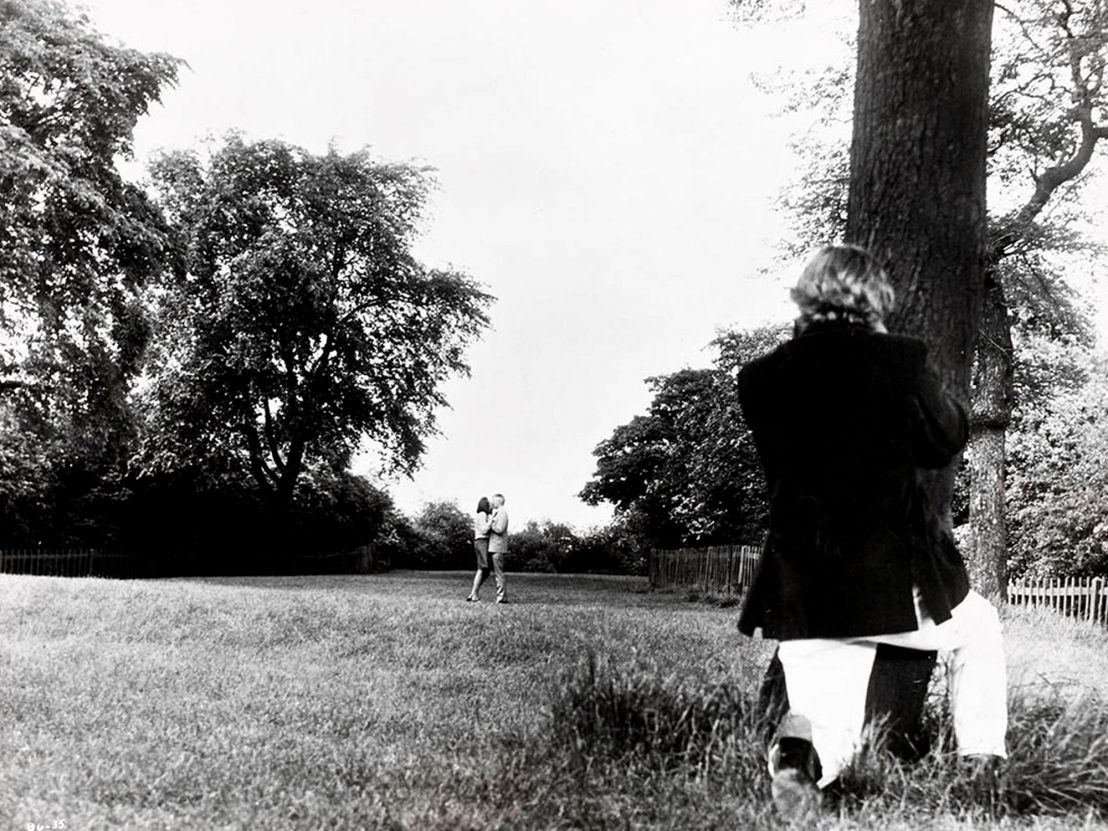 One of the first things I did when moving to London was to go on a lonely tour of the locations used in Michelangelo Antonioni’s 1966 film, Blow-Up. Such was the power of its London images and locations that it felt like a good starting point in learning about the city. Though based on Julio Cortázar’s original short story which was set in Paris, Antonioni (along with scriptwriter Tonino Guerra) turned the narrative of half-glimpsed murders and off-kilter urban atmospheres into a quintessential London film, even if it was not his main aim.

It came as a surprise, then, to realise how much Antonioni cut up the capital, creating a version of it that feels more real and yet is fabricated simultaneously.

Blow-Up follows the exploits of Thomas (David Hemmings), a high-level London fashion photographer bored to death with the vacuous nature of his own work and industry. On visiting a park in between working, he photographs a couple seemingly in the middle of a romantic dalliance. The woman, Jane (Vanessa Redgrave), remonstrates with him after he’s captured them on film and insists on having the reel but she suspiciously flees.

Soon, Thomas is followed and Jane finds his studio, believing falsely that she gets the photos back. Thomas develops the reel but, noticing strange things in the bushes, he begins his own detective work; realising that he has in fact captured evidence of a murder rather than an affair.

Though the director uses a startling array of locations from all over the city, at the centre of its mystery is the park where Thomas wanders and accidentally blunders onto a killing. The park is the first thing we see of the film. A photoshoot bleeds through the names and words of the credits as they unfurl over the grass where Thomas himself eventually mimes his way out of existence. Antonioni famously augmented this whole environment, spraying it with various colours to get the texture right and tidying up the park with a vigour most local councils would be envious of.

Viewed through Antonioni’s lens, the park is a curious realm. The actions of a group of mimes faking a game a tennis seems to become real, as if all of life was itself a game of false impressions; bodies appear and disappear there; and the sound of the breeze rustling through the trees is seemingly caught on Thomas’ photos, entering his flat as he develops large prints of the park’s land. It’s almost as if the stark “redevelopment” that Antonioni captures of the area upended its governing logic, allowing ghosts and fantasies to quietly arise.

In many ways, Blow-Up is a haunting: of Thomas by what he missed and what he really saw, of the slippery nature of reality and, in particular, central London haunted by south London. 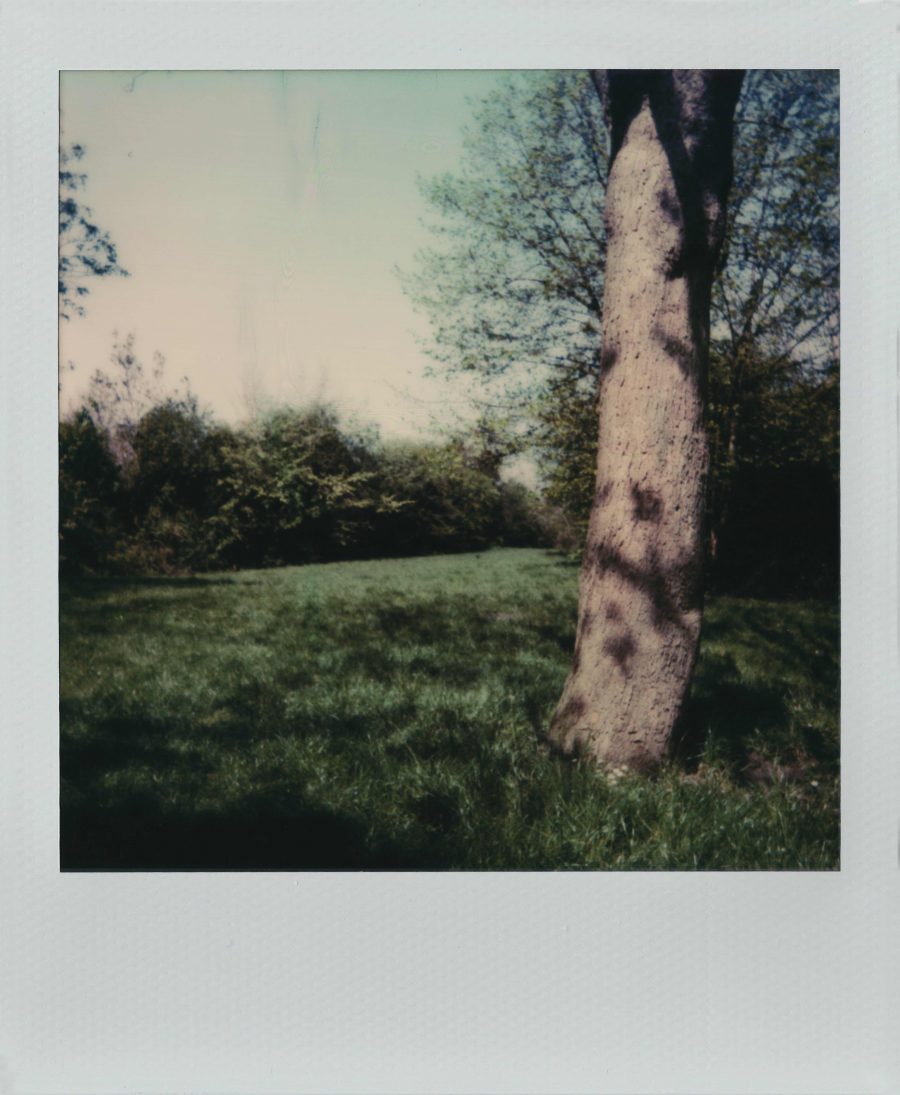 The park plays into this in that, rather than using a more well known location nearer Thomas’ studio situated in Notting Hill, Antonioni opted instead for the small but unusual Maryon Park in Charlton. Thomas seems to have a shadow-life in south London. He spends the night in a dosshouse situated in Peckham (with a Camberwell sign on its doorway). He’s even seen driving to the park first via Stockwell Road – with the once vivid red buildings of the Pride and Clark motorbike shop – and then via Woolwich Road until finally turning off and towards the park.

It’s certainly a far cry from the lavish mansions and restaurants used from central London, playing into the idea that central is so caught up in its own image that it’s not real at all; a few square miles concocted by the naïve daydreams of the rich.

Revisiting Maryon Park still conjures peculiar feelings, not least in that there is a sense of ghosting the actions of the film’s protagonist; developing and sharing his obsession with endless revisits. Unlike on his various visits, however, Charlton and Maryon Park were buzzing with life when I returned there. I took a train from London Bridge to Charlton, aware that I was being met solely by people wearing the same sort of red that litters Antonioni’s film in highly coloured fragments on walls and cars. It was a match day at The Valley, Charlton FC’s stadium. I wandered along the same road that Thomas drove along in his Rolls Royce, turning off into Clevely Close where the antiques shop from the film was.

Luckily, unlike the road, the park is little changed and probably will always in some way remain as it was. I walked up to the higher plain via the steps that Thomas skips and jumps up in idle pleasure away from his stuffy fashion studio. The main sequence of photographs and murder take place on this plain. It’s now a lot scruffier with the majority of its fences removed and the grass growing long. But the location is recognisable. I crouched behind the tree that Thomas hides behind when photographing Jane and snapped my own Polaroid. There was no one in my shot, however, living or dead. 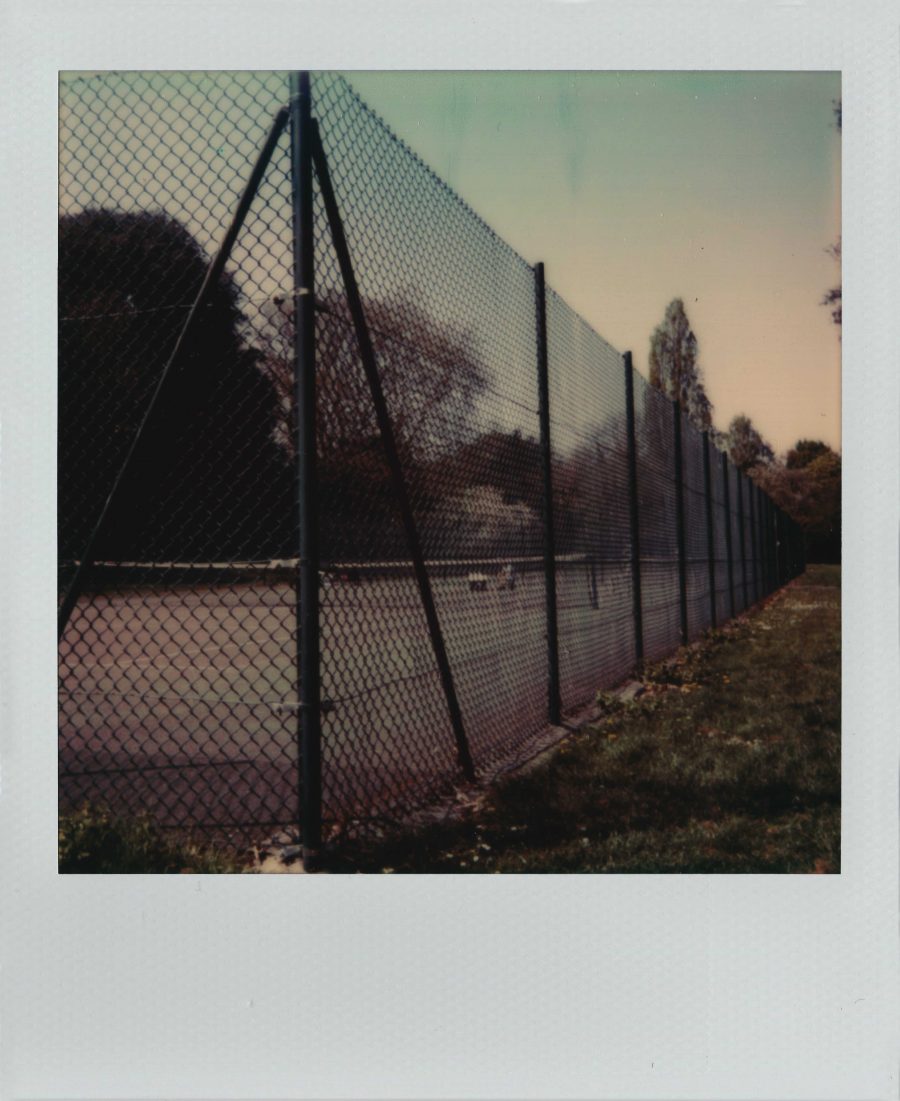 With the main area of the park dominated by the tennis courts seen in the film, it felt only right to also snap a shot of it as well. Again it has changed very little, except for a narrow hedge separating the court and the main lawn. I noticed a man setting up a ball machine so he could aptly practice alone; another mimed game. A young, injured dove was unusually in the exact corner that I needed to photograph too. The scene only missed the trail of mimes watching on to add to the full, original weirdness.

Of course, nothing was really seen in the park, and yet that dichotomy between objectivity and subjectivity is what lies at the heart of the narrative. “What did you see in that park?” asks Ron, Thomas’ manager, late into the film. “Nothing,” Thomas reluctantly replies. 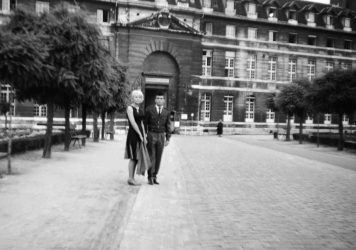