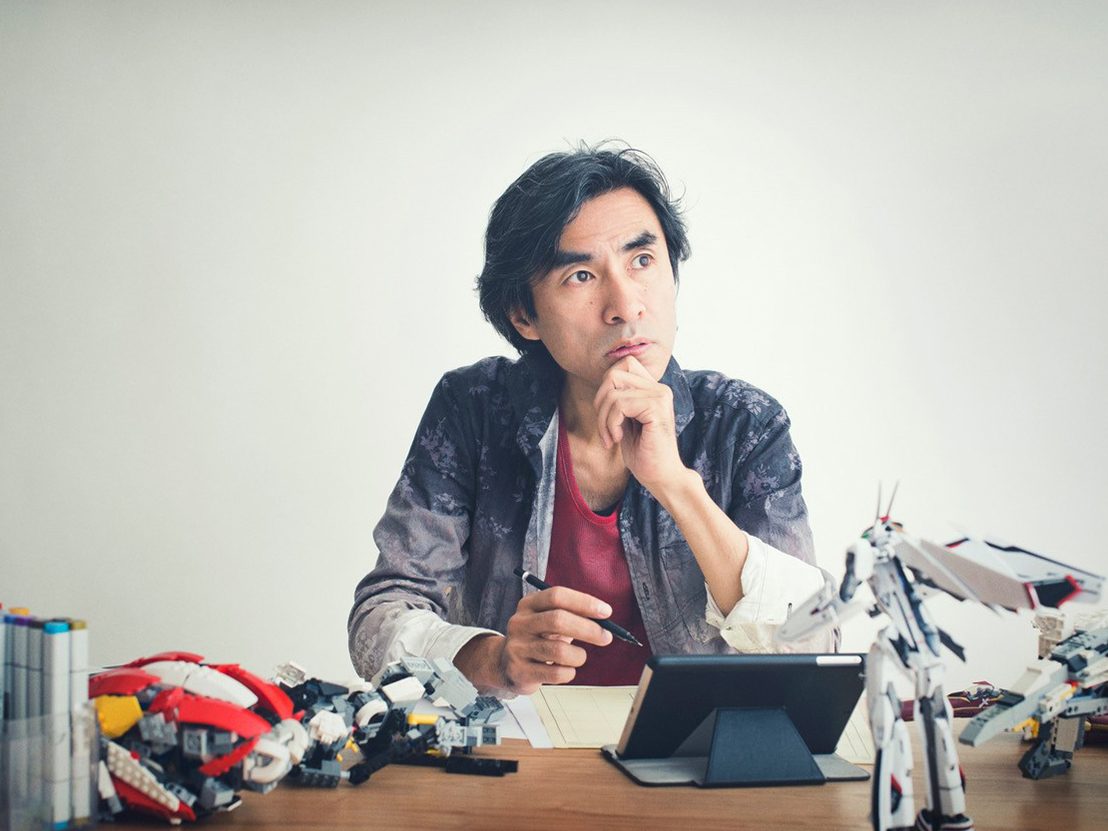 A quietly influential figurehead in the world of anime, Shōji Kawamori is a director, creator and mech designer who is responsible for shaping a lot of how we visualise the bonds between humans and machines. A co-creator and director of the long-running series Super Dimensional Fortress MACROSS, Kawamori made his directorial debut at the age of 23 with the feature film Macross: Do You Remember Love? working on all elements of the film, from concept and story composition to art direction.

Through his work in films such as Mamoru Oshii’s Ghost In The Shell, his feature film Macross Plus, co-directed with Cowboy Bebop creator Shinichiro Watanabe, Kawamori’s designs have had a huge impact on movies in the west as well as in the east. With mecha designs that mix expressiveness with sleek functionality, the style of his animated machines has been translated to western audiences through various means, even as one of the designers of the Diaclone toy line, which later became known as Transformers.

LWLies: There’s been a boom in the popularity of anime in the west, with some western studios even making their own. Has this had any impact on how the industry operates, or how you navigate it?

Shōji Kawamori: I think the evolution is happening very fast, especially in terms of 3D CG animation. There are some movies that are in an American comic book style, but has some influence from Japanese anime in terms of the animation timing. And it looks like those influences have translated well. I think in the near future, national borders have less meaning and the evolution will develop at a much faster pace, as the creators around the world will be competing or cooperating with one another.

Many animation studios have moved on from painting backgrounds on paper to digitising them or using computer generated imagery, often due to restrictions in budget. Do you see a future for hand-drawn animation?

I think hand-drawn animation is a very attractive method of visual expression and I am still very fond of it. However, from an industry perspective, I imagine in about 10 or 20 years, it will be heading in the direction of kabuki or noh or other very old traditional Japanese culture, as there are so many cases that wholly depend on the level of each artist’s specialised craftsmanship.

As the form has become more digitised, how has the process of animation changed with it?

I feel that digitisation is very attractive for my work in animation because there will be more technical freedom for camera work, or I can add more complexities in the mechanical expressions. In the middle of these changes happening in the production process, a lot of confusion arose when the digital work and hand-drawn work both became mixed together. But I enjoy change, so I overcame this confusion by just enjoying the new process. By now it seems that a lot of staff have gotten used to using both of this methods in better ways, they are coexisting.

Have you made the move to drawing digitally?

Usually I still hand draw simple rough sketches or design ideas, but when I focus on fixing or finishing the designs, there are many cases where I use an iPad now.

Since the ’90s, many projects have used CG animation along side the hand drawn, and the difference can sometimes be obvious. Do you think the two can ever be fully integrated together?

I think CG and hand-drawn animation are going to be more and more fused. There are more cases where the artists brush up their work by hand over CG animations, and that technique is becoming the norm. So it’s already going becoming a fusion of both. 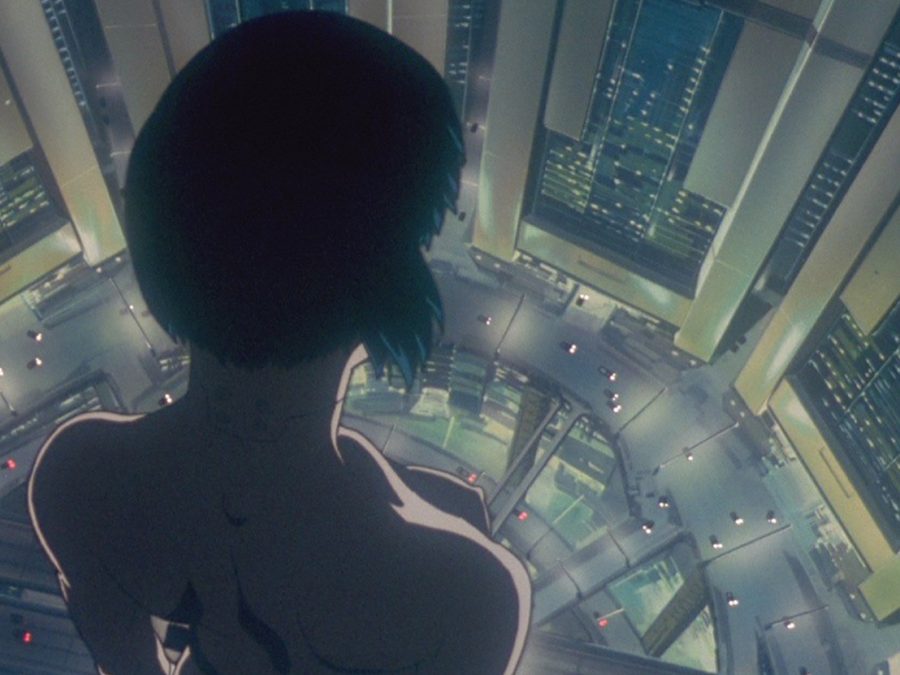 Ghost in the Shell is known for its anxiety and paranoia around the increasing symbiosis between technology and man. How did you look to express this?

I mainly designed attack helicopters and a gunship for that film. It was not just a mecha, so when making it I imagined the wings of raptors such as hawks or eagles. And I also added a bit of Russian flavour. It’s more a realistic military mecha style that you don’t often see, but it also changes. By including the process of transformation, I tried to design it so that it this transformation has an impact that speaks to your subconscious mind.

Since the time of Ghost in the Shell and the first iterations of the Macross series and its sequels, the internet and social media have become dominant forces. What changes has this brought to how you envision futuristic designs?

There should be a difference between real world product designs, and the designs in the films. However, there is not enough distance between artworks from designers around the world, with the internet and social media becoming so popular. There’s a positive side to it, that people have better skills and better quality overall because of that ability to share. The negative side is that as a result all the artworks are starting to look the same. Sometimes it feels like current society has so much content so that they will be swallowed up by this sea of information and disappear. I think we have to be careful about differentiating from other works and at the same time keeping in mind the functionality, of the designs, and creating something that appeal’s to people’s emotions and minds.

Simply having a computer calculate the proper answers to the aerodynamics of cars and airplanes means all the designs end up looking similar, especially if you only focus on functionality. So I try to come up with something that would move people, as well as working on to fulfil the functional needs. And at the same time, we need to express the theme of the work.

Analog interfaces seem to be key in works like Macross Plus, there’s a lot of detail in how these machines function. How do you balance style and functionality; the real world and the context of the story?

Analog interfaces are mainly important when making films. In film, it doesn’t look interesting if you don’t visualise the how the main characters in the story interact with mecha. So you usually have more analog interface. If it’s a novel, you can express its functions and principals in the sentences and talk about them in there. So the principle of how a display works or how it sends out the signals within the brain. But if it’s a film, the audience has to see and know those at a glance, so analog interfaces are heavily used.

Nowadays it is really difficult to find balance with the context of the real world. There is no need for such exaggerated design if you want it to be ‘real’, but it doesn’t look interesting. So, for example, I try to set up a parallel world, or come up with some laws in that world, or a setting where AI is dangerous. If I’m working as the director of the film, then I think out and invent the context or settings. If I am only working on the design for certain film or work, I try to think out something interesting that matches to the world view or setting that other people made, and how people could catch on to that principle just by watching it.

These interfaces also represent a point of contact between human and machine. Have you found that the balance between the two has shifted?

There are many young people who are addicted to mobile phones. It used to be Personal Computers a while back, but now you can carry them anytime now, so many people claim that you can’t live without them. In my case, if there’s some time to spare during work, I like to have a “no interface day”. I cherish my time of not interfacing with anything, and try to retrieve senses that humankind would used to have from time to time. But this technology is essential in current society, and I wouldn’t deny any further developments.

For you, what’s the most important part of creating a machine?

Just dedicating yourself to originality. Originality in the design, and in the world it lives in. And, as I mentioned previously, I would just like to keep creating things that appeal to people emotionally. 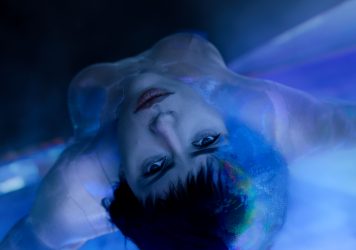 Ghost in the Shell

All the slick CG in the galaxy can’t save this mind-numbing sci-fi noir starring Scarlett Johansson as a femme cyborg.