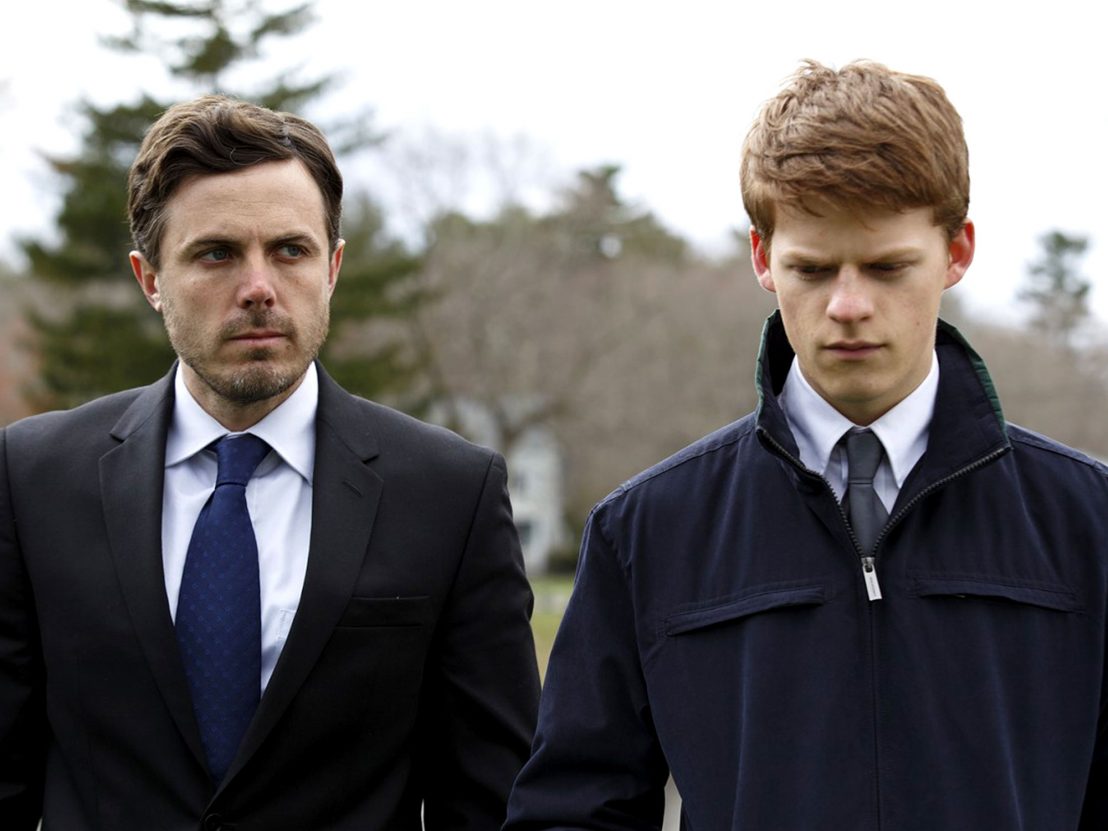 The metaphor is perfect, uncharacteristically writerly for a director as obsessed with naturalism as Kenneth Lonergan: Joe Chandler (Kyle Chandler) has finally succumbed to a congenital heart condition and passed on, but his son Patrick (Lucas Hedges), brother Lee (Casey Affleck), and the assorted loved ones he’s left behind can’t lay the man to rest.

Not yet, anyway – the harsh Massachusetts winter has frozen the soil, rendering it too tough to break through. The body will have to remain in freezer storage until the thaw of spring makes a proper burial possible again, a prospect that gnaws at the newly fatherless Patrick throughout Lonergan’s moving and expertly observed drama Manchester by the Sea. This is the North Shore, a land where frostbiting winds can cancel public school, where sub-zero temperatures turn water pipes to rock, and where it can literally be too cold to grieve.

The town of Manchester-by-the-Sea is about a 15-minute drive up the Massachusetts coastline from my childhood home of Danvers. Both are included in the region colloquially referred to as “the 978” owing to their shared area code. Lonergan has made stars of our neighbours to the north, while Danvers remains known primarily as the actual site of the so-called Salem Witch Trials, and to a lesser extent, the former location of Arkham Asylum inspiration Danvers State Mental Hospital.

On summer afternoons, my family would load into the minivan and head up to Singing Beach for slushies and sunburns, gazing at the marinas and beachfront properties as we rolled through the nicer part of town. Though I don’t consider myself especially nostalgic for Massachusetts as a whole, I can’t shake a certain fondness for the North Shore, and remain defensive when it comes to its portrayals in pop culture. It isn’t lightly, then, that I deem Lonergan’s portrayal of the area as eerily accurate – the missing hyphens in the film’s title are perhaps the only significant departure from reality.

Surprisingly for a born-and-bred New Yorker, Lonergan masterfully captures the local flavour that makes the North Shore a culturally specific space relative even to Massachusetts at large. He’s got an eye for the unremarkable minutiae that speaks to the larger experience of carving out an existence in a hardy pocket of a hardy state: the Sisyphean endeavour of constantly shovelling and re-salting the walkway; the barricade-like snowbanks that shrink and harden, becoming caked with dirt and filth as winter stretches relentlessly on; the exterior shots of regionally specific convenience store Tedeschi’s.

He nails the townie vernacular too, rich as it is with good-natured ball-busting – in one tonally perfect exchange, Lee asks Patrick what happened to his hand, to which the teenager snaps, “I cut it,” and Lee parries, “Oh good, for a second I didn’t know what happened.” Better still, Lonergan recognises that the entirety of Massachusetts is not a South Boston pub – not everyone speaks with the chowdery brogue of the Nawth Shawh, and the accents of those who do vary considerably in thickness. 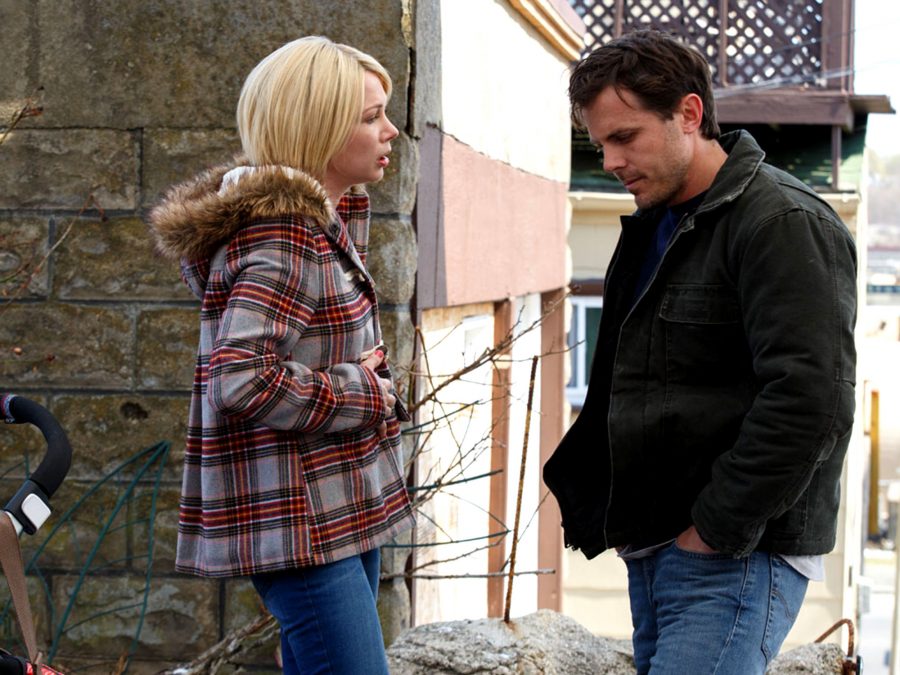 I feel a deep connection with the material, and not just because Joe passes away in the same hospital where I was born. Like Patrick, I needled my parents for rides to friends’ houses and tried to get to third base and did other feckless teenager things. Seeing him awkwardly navigate new emotional terrain was like seeing my entire adolescence rendered onscreen. But my connection runs deeper still, as when I first sat down to watch Manchester by the Sea at the Toronto International Film Festival, little did I realise I would soon be summoned home by the death of a loved one.

Beyond faithfully documenting the particulars of the area, Lonergan displays an intuitive understanding of the mentality that motivates the North Shore way of life. As in his previous film, Margaret, here death acts as a catalyst for great personal upheaval – both for young Patrick and for Lee, who wrestles with lingering guilt from a previous and deeper psychical wound. Both men suppress their emotions as a chief coping mechanism, with Patrick moving forward uncomfortably as if nothing has happened while Lee completely shuts himself off from the world, his thousand-yard stare forming a brick wall around him. Both men attempt to shrug off their grief in order to survive; Patrick is simply ill-equipped to handle the complete uprooting of his life that accompanies his father’s departure, and the enormity of what Lee considers to be his own past failings would crush him if he dared to speak its name.

In the geographical outlay of fictional America, California and the West Coast allow feelings to expand and be freely expressed; the sprawling plains of the Midwest flatten all emotional turbulence into politeness and nicety; and the cold-embittered states of New England bury them as deep down as possible. Ascribe it to the Puritanical origins of the region – or the North Shore’s guilt-driven Irish Catholic roots – if you so wish. Either way, a staunch refusal to discuss one’s emotional state unites the characters of Manchester by the Sea and the people of Massachusetts, as if refusing to put grief into words can rob it of its terrible power.

Both men stifle their pain, but only until their pent-up feelings come pouring out at an unexpected moment, when a frozen chicken breast confronts Patrick with a metaphor for his father’s neglected corpse, and a chance encounter with his ex-wife (Michelle Williams) reduces Lee to a bleary-eyed mess. In Manchester by the Sea and Manchester-by-the-Sea, sorrow is a private and solitary process, until it refuses to be. It’s true – when I stood by my grandmother’s bedside, I didn’t put on ‘The Trolley Song’ from Meet Me in St Louis because we had watched it together throughout my entire life. I put it on because I wasn’t prepared to speak. 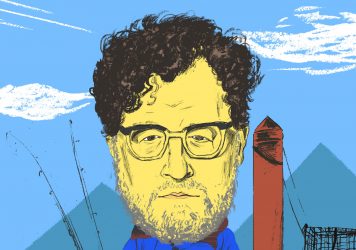