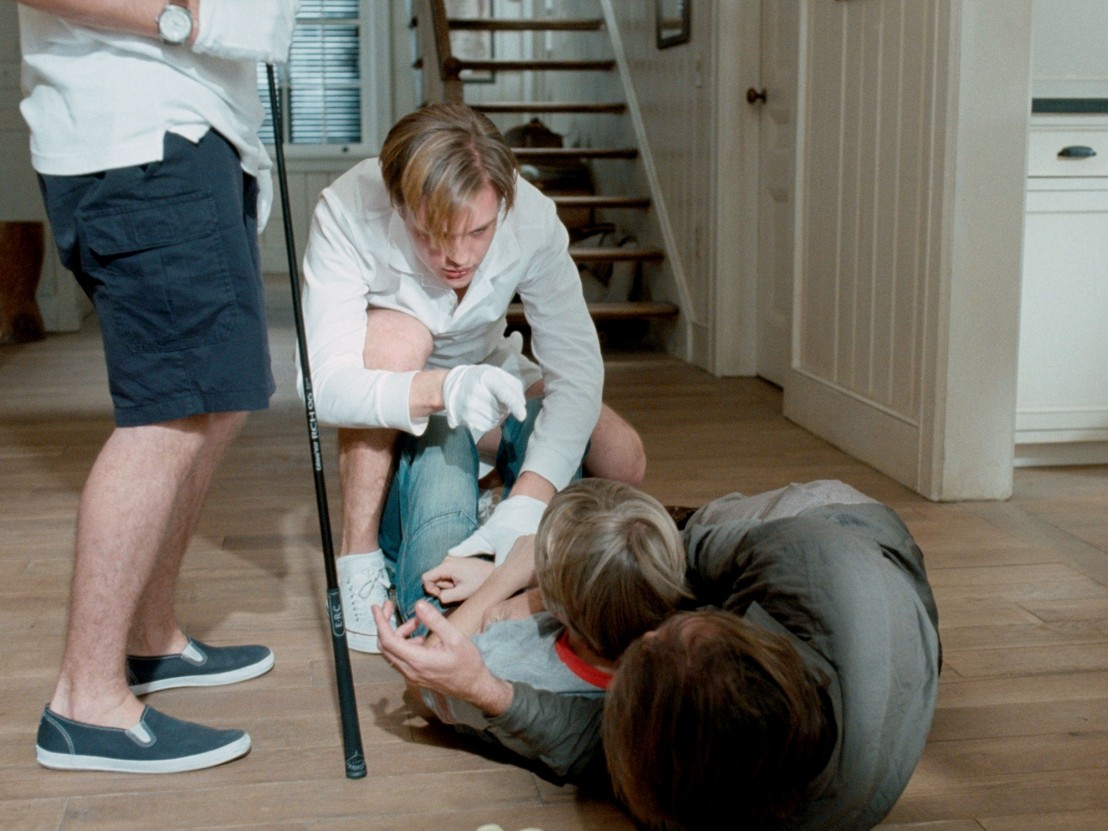 A hundred people sit in a crowded theatre awaiting a late screening of Blair Witch on a Thursday evening. An elderly woman wonders aloud outside, ‘Why would so many people sit in the dark and intentionally frighten themselves?’ For a lot of people, the answer is escapism – regardless of your circumstances, a witch haunting Burkittsville, Maryland probably isn’t your most pressing concern. But for some of us, watching horror films can be a therapeutic experience.

In 2008, my father was diagnosed with Stage 3 colon cancer. The news came as a total shock. None of us really knew how to deal with it. Dinners were quieter, the television was left on for most of the day, and besides the initial diagnosis we didn’t talk much about the disease itself. Outwardly I didn’t express any sort of feeling at all, but there was a significant increase in the number of horror movies I watched.

Eventually my mother asked me, ‘How can you watch these things now? Why horror movies?’ At the moment, I didn’t have an answer, I just felt shame. It must have seemed insensitive to retreat and put on frightening images in my room at a time when Dad was at his most vulnerable, but I couldn’t deal with the prospect of losing him.

Finally, a reason offered itself up. As Clive Owen’s Dr Thackery laments in The Knick, death has “the longest undefeated streak in the history of the world.” Yet for a fleeting moment it feels like death can be conquered in the movies. On-screen foils outwit their foes, then survive outlandish deaths schemes, and, in turn, we have briefly defeated death ourselves, using the characters onscreen as surrogates.

Life isn’t scripted, and the uncertainty of my father’s future was difficult to deal with. So knowing that it was possible to fend off death, however briefly, became a comfort. Characters in horror movies are critiqued for being “stock” or “cliche”, but they are so not because of the writer’s lack of imagination and skill, but because they are meant to serve as a framework in which the audience places themselves. “Being scared,” Indiana University Professor Andrew Weaver notes, “gives us the opportunity to experience fear in a controlled way, where we master our fears in a way that we can’t in real life.”

Watching horror films three, four, even five times a week, provided a release valve for the tension at home. All of us were aware of the pervading unpleasantness but ignored the subject before my father came home from work and retreated into television (his own coping mechanism). That process was working quite well until I came across Michael Haneke’s Funny Games. It seemed like a serviceable thriller: I knew very little about the film going in, but early on it became clear that this wasn’t your typical scary movie.

After invading Ann (Naomi Watts) and George’s (Tim Roth) home, Paul (Michael Pitt) and Peter (Brady Corbet) lay out the ground rules for their sick little game. Paul then bets the family that they won’t be alive in 12 hours. Just to make sure the audience feels complicit in the ordeal, Paul turns toward the camera and breaks the fourth wall. “I mean, what do you think? You think they stand a chance? Well, you’re on their side, aren’t you? Who are you betting on, hmm?” Immediately it became clear that using this particular film as escapism would be tricky, but rather than get up and leave I stayed in the hope that the tables would eventually turn. If I had known that Paul and Peter would stay true to their promise, I would have ran from the theatre. Fate is cruel enough, but a director deliberately removing hope from the equation makes horror a truly wretched experience.

Haneke took great measures to avoid depicting the violence that he was pointedly lambasting in Hostel and Saw, yet he never skimps on the sermonising. In the third act, after Peter and Paul have already murdered Ann’s son and maimed her husband, she wrests a gun away from her captors and kills Peter. A brief cheer emitted from the audience but was quickly swallowed once Paul picks up a remote control and rewinds the film, taking Ann’s last chance for survival away. Paul kills George and then dispatches with Ann the following morning.

Despite Haneke’s implications, audiences don’t want to watch characters die. If they did then perhaps the response to Funny Games would not have been as visceral. Gore isn’t the appeal of the genre – survival is. Being so close to death can be a life-affirming experience. Yet I didn’t leave the cinema that afternoon with any sense of catharsis or closure, just the image of empty nihilism and sadism prancing around in crisp, white golf apparel.

I stopped watching as many horror movies soon after. My father was accepted into the Mayo Clinic for treatment. Only surgery was required – no chemo – and the whole process was over in a week. Once he returned from Minnesota with my mother, we were all more open about how much we cared about him. As of 2016, my father’s cancer has been in remission for four years. Mom still doesn’t understand why I watch as many horror films as I do, but after a long chat, Dad does. On occasion, he and I even take in a few scary flicks when October comes around. Even without the spectre of cancer looming over us, we still pop on The Exorcist as a distraction from other real world horrors. We sit in the dark because we choose to. We allow ourselves to be frightened here so that we can function out there.