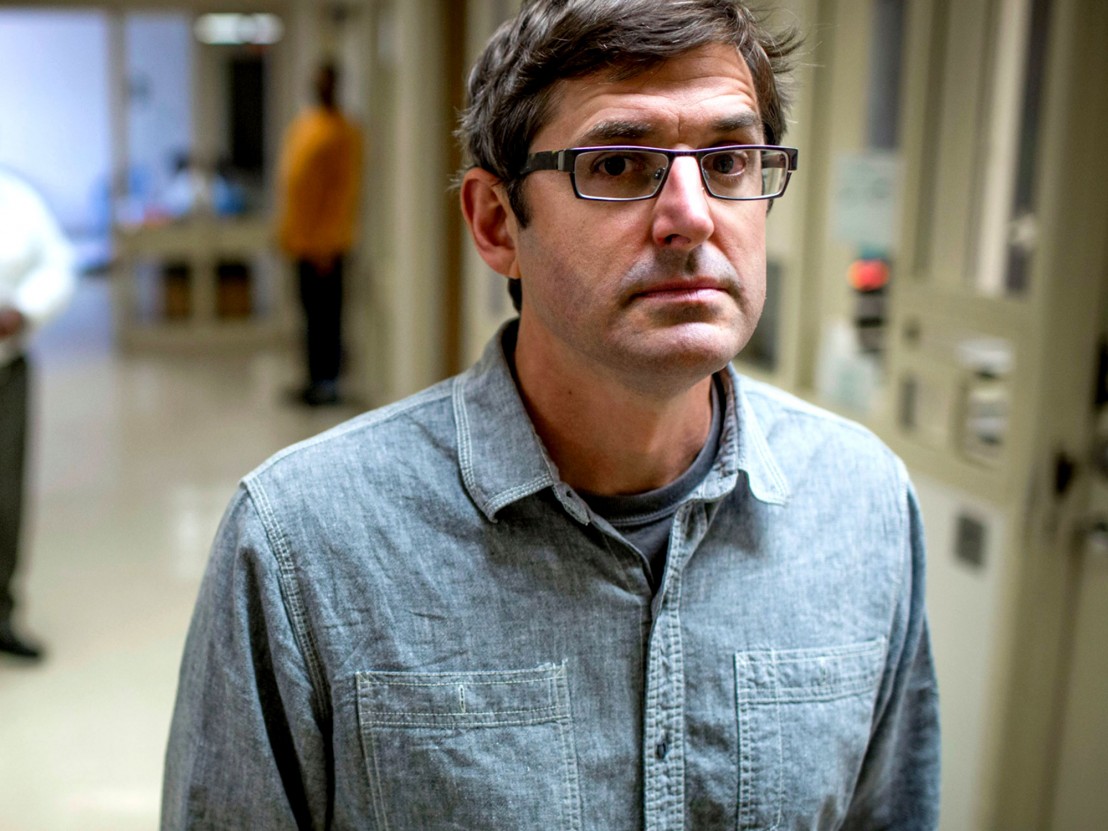 Louis Theroux is the antidote to the idea that to be a successful journalist you have to go the Jeremy Paxman route of barking at people. With his kindness, compassion and lightness of communicative touch, he brings out people who would cower or harden in confrontations with old-school interrogators. He is the Columbo of documentarians, disarming subjects with his eccentricities and willingness to let others wield the upper hand.

Most of all he is curious and motivated to expose the truth behind controversy. And his ‘truths’ are not narrow and neat packages. They are the shades of a person, who they are and how they feel. He is not out to pin blame or to cry ‘aha!’ as he unmasks and humiliates. He is out to bring towering figures down to a conversational human level. Above all, he is a gifted and fearless conversationalist.

From an audience perspective he is the ideal guide to dark or shady matters. His playful quirks and deadpan humour give viewers a reasons to stay as he gets to know paedophiles, the criminally insane or Max Clifford. I first saw him in the flesh when he conducted a Q&A with Joshua Oppenheimer after a screening of The Look of Silence. It was an event that was beamed across 100 plus cinemas and marked a big push by the distributor to get this important film out to a wider audience. Genocide isn’t a theme where most mainstream cinema audiences are inclined to confront. They need an incentive, and Theroux is just that. It’s hard to conceive of a more charming trojan horse that could smuggle heavy documentary subjects to audiences under the guise of entertainment.

He has shown with his new feature, My Scientology Movie, that he is as capable of working at a feature length as he is within a TV hour, and that he can play evocatively with conventional form. Unsurprisingly, no one from The Church of Scientology presented themselves to be psychologically explored by Theroux. So, inspired by Oppenheimer’s The Act of Killing, he has used information provided by ex-members to reconstruct the costly ‘auditing’ and ‘training’ that takes place within the organisation. Most entertainingly, actors are lined up to play Church of Scientology leader, David Miscavige and its most famous member, Tom Cruise, using existing speeches as audition scripts.

Former inspector general of the Religious Technology Centre (aka Scientology), Marty Rathbun oversees and guides the casting, providing insights that are funny because they are startling. [“All these guys that you would like, they’re not Miscavige.”] He and Theroux make for an unlikely pair of movie-makers. One: lanky, charming and established. The other: burly, assertive and touched by other-worldliness caused by decades of living a secret life. Together they produce a troubling vision of the mechanics of mass brainwashing but, as ever with Theroux, the USP is humour.

Lack of humour is the reason why the masses switch off from issues that it would be in our interest to care about. When we’re tired because life has flattened us, we don’t want to load up on more sources of sorrow and concern. In the press screening of My Scientology Movie, laughter bounced around the cinema at regular intervals. One gentleman was scissoring with mirth. It was carefully earned laughter, only ventured as the backswing of engagement with the core beliefs of Scientology.

The tension that fills the production’s encounters with church members is rich with absurd hilarity. These mysterious figures appear out of nowhere, using peculiar but consistent tactics to undermine the documentary. Theroux confronts these situations with his trademark strain of questioning. The reactions he elicits – in the context of what we have previously been told about Scientologist processing – makes a sad kind of sense.

We never see inside the Church, but in the disciples it sends out and the way that they shrink from rational engagement, My Scientology Movie shows how far they have travelled from the outside world. It’s poignant and frustrating and creepy and wild. Without Theroux representing a pillar of earnest, loose humanity, the film would buckle under the weight of its own tortured strangeness.

I love that he doesn’t shy away from being himself in the most straining of scenarios. To me, he is our magic bullet and my hope is that he is fired into ever more-challenging situations. I want to see him talking to a rapist, probing away at the abhorrent surface misogyny and violence, to find the core beliefs of someone who has willingly traumatised another. I’d like him to do an epic character study of such a man, sticking with him for hundreds of hours and turning the result into a feature documentary. I’d like him to interview everyone around this criminal: his family, the victim, the law enforcers at every level. Theroux can do this. Theroux has the power. This is why I love Louis Theroux.