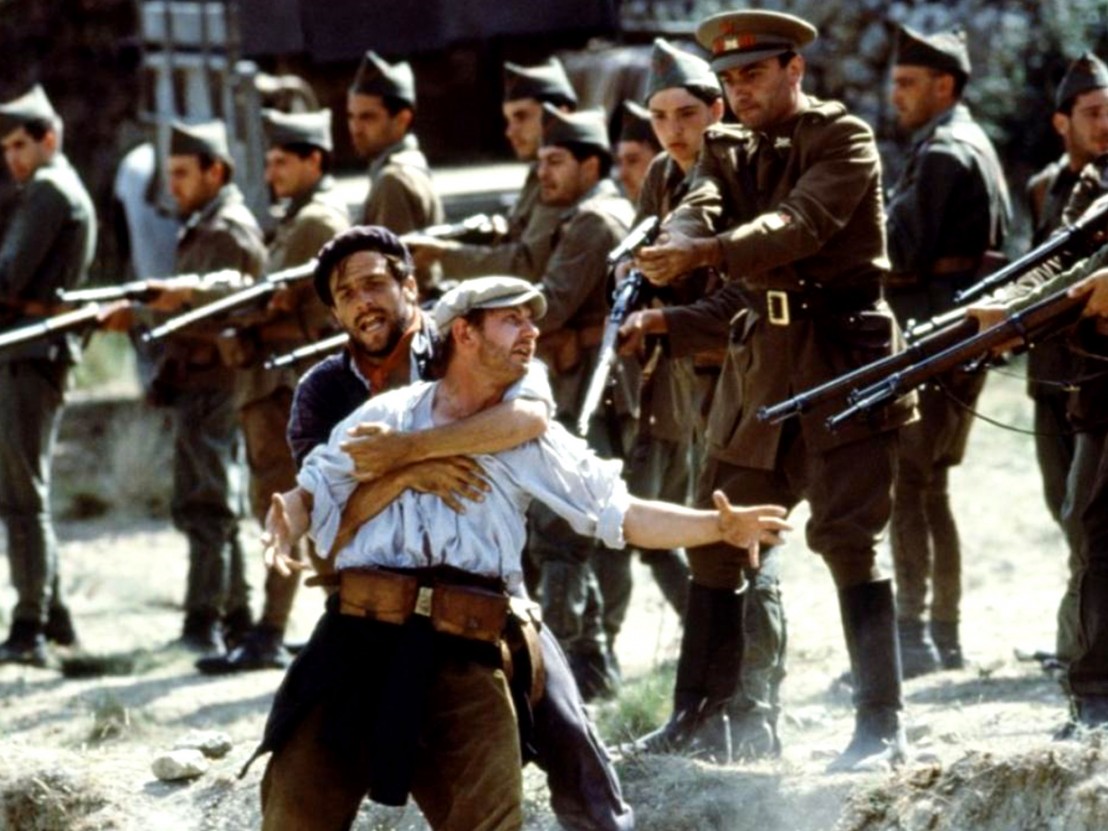 City settings have long been synonymous with the films of Ken Loach. There are, however, a handful of the veteran director’s films in which the drama unfolds in rural, rather than urban, landscapes. The Wind That Shakes the Barley, Jimmy’s Hall and Land and Freedom fit together as an informal rural trilogy, but it’s the latter film – on the 80th anniversary of the start of the Spanish Civil War – that feels especially relevant today.

Land and Freedom is Loach and screenwriter Jim Allen’s parsing of the uprising against the forces of fascism. At the time of its original release in 1995, it was Loach’s first period film, having been developed by the pair during the early ’90s in the wake of the fall of communism across Eastern Europe. As they developed the concept, Loach and Allen considered having the film intercut between the dramatic story being told and newly filmed interviews with people who had fought in the Spanish Civil War.

Although not widely discussed in relation to Loach’s work, his films have always had a distinct visual style. They also possess a certain narrative familiarity, the core of his socially committed work often hinging on a simple love story. An example of this device, Land and Freedom allows for the political to become personal and for the story to serve as a lens through which to better understand this particular period of social and political turmoil.

Land and Freedom tells the story of a young man named David Carr (Ian Hart) who enlists to fight General Franco’s forces. The historical record shows that somewhere in the region of 4,000 British men were sent to Spain to combat the anti-fascist movement. A feature of the war explored here is the role of poor rural Spanish communities in the war. There were five to seven million peasants involved in the revolution and, in the Aragon region where Land and Freedom is set, this commitment was energised and vital. Midway through the film a debate breaks out among a group of villagers. What could so easily feel didactic is instead dramatically engaging, reaffirming how acutely Loach’s storytelling flip-flops between the personal and the political.

Land and Freedom certainly doesn’t hold back in voicing its political affiliation, making the point that frontline combat is a desperate last resort in a battle of warring ideologies. In his 2002 book ‘The Cinema of Ken Loach’, Jacob Leigh notes that, “Each character represents part of a larger whole, and the film uses David’s [interactions] to show his moral growth in Spain.” By framing the story with a scene showing David’s granddaughter reading his letters about his experiences, the film recognises the need for each new generation to be politically engaged. As David’s closing voiceover has it, “Revolutions are contagious.”

Loach ensures that the more overt dramatic elements are artfully balanced, as the story moves back-and-forth between David’s developing sense of the complexities of war, his burgeoning romance with a Spanish woman named Blanca (Rosana Pastor), and the fury of combat. Importantly, though, the film’s recreation of key battles emphasises the emotional fallout of an exchange of fire. The camera remains at a distance from the action. There is a plain, unfussy style to Loach’s war film and it’s enriched even further by the structural decision to weave in several accessible discussions about what is really at stake.