When it comes to this new trailer for Zack Snyder’s inevitable Justice League, there have been so many teases of teases of teases that you’ll have to forgive us for not knowing where we are any more. But this is, apparently, the real deal, the first substantive, depressingly bombastic peek at DC’s latest universe-extending follies.

One thing this film has going for it is that it would take an extraordinary and concerted effort for it to be worse than some of the studio’s (and Snyder’s own) recent screen abominations, but as always with these things, the bottom of the barrel depends only on how long your arms are.

Shooting directly for the Avengers / super-ensemble coin, this new film packs the screen with scowling, jacked saviours who are this time forced into unison by the monstrous threat of Ciaran Hinds in a silly mask, playing Steppenwolf. Our hope that this would be a 90 minute chamber drama in which the characters trade bon mots and sip Dubonnet are duly dashed by this big, loud, business-as-usual trailer.

Taking the longview, the film will receive a considerable lift if the forthcoming standalone Wonder Woman spin-off ends up being semi-decent. Its success could also help to muster some enthusiasm for a solo Aquaman film which, to be frank, looks about as appetising as a crab stick pizza.

Justice League is released in cinemas on 17 November 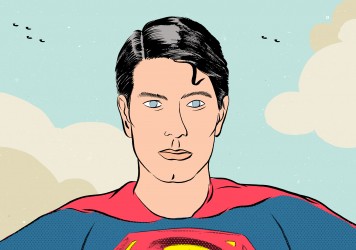