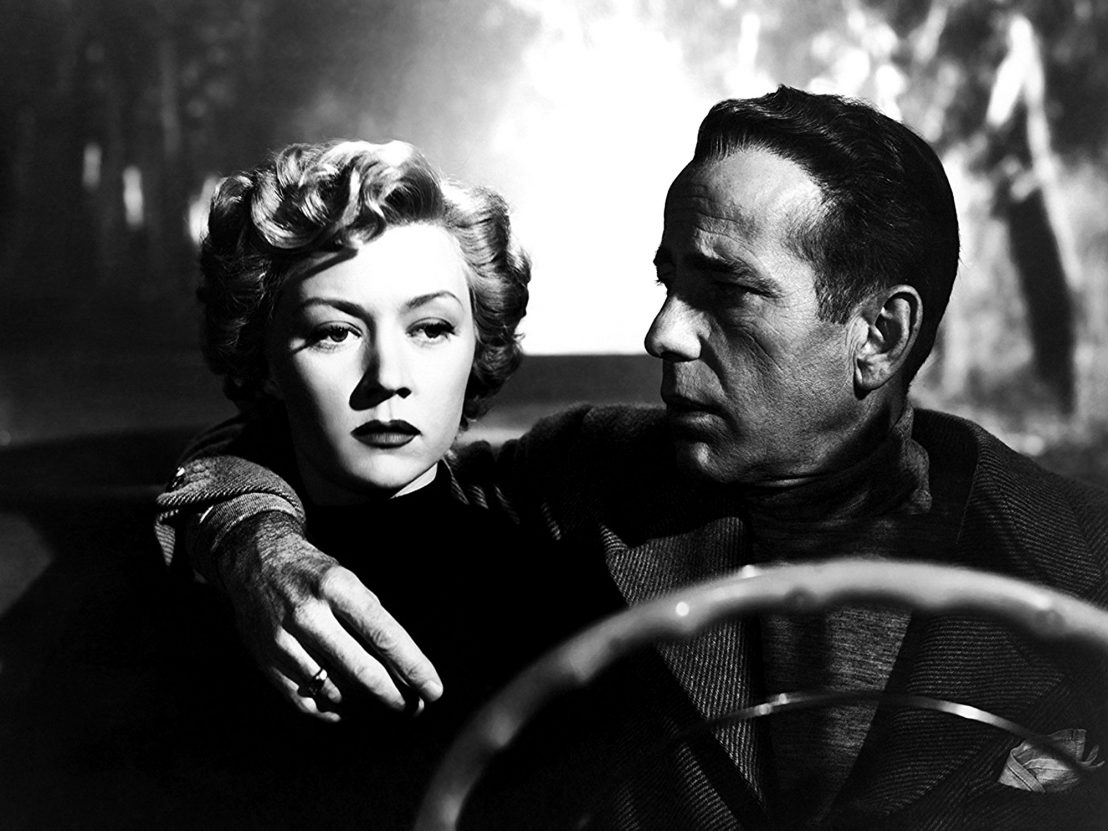 The dark underbelly of Hollywood has been a subject of cinema for some time. Think of Billy Wilder’s Sunset Boulevard with its ageing starlet’s grasp on reality disintegrating into violence; David Lynch’s Mulholland Drive with its equally collapsing dreams of success; or Curtis Hanson’s LA Confidential, full of misdemeanours in the showbiz visions of 1950s police corruption.

This sense of a shadow Hollywood has obvious and stark implications today, especially in light of the detailed outing of Harvey Weinstein’s predatory behaviour. Today Hollywood is being laid bare like never before and, like the undergrowth in Lynch’s Blue Velvet, it writhes under the light. Yet there’s also something deeper within such questioning of Tinsel Town’s hidden character and, of all of the films that highlight the abuse of power inherent within the studio system, there are few better than Nicholas Ray’s haunting 1950 noir In a Lonely Place.

Made in the same year as Wilder’s film and Joseph L Mankiewicz’s All About Eve, the industry must have felt like it was being put under the microscope, with so many famed directors deconstructing male power, anger and violence in the industry. Ray’s film is based on the novel by Dorothy B Hughes and follows the violent, sociopathic scriptwriter, Dix Steele (Humphrey Bogart). After taking a young coat attendant, Mildred (Martha Stewart), back home to supposedly tell him about a book he has to adapt for a film, Steele is caught up in the wrap for her murder after she is found strangled. He begins a relationship with his neighbour and alibi, Laurel (Gloria Grahame), who inspires him to begin his screenwriting again before the tension of whether or not he killed the young girl breaks apart their relationship. 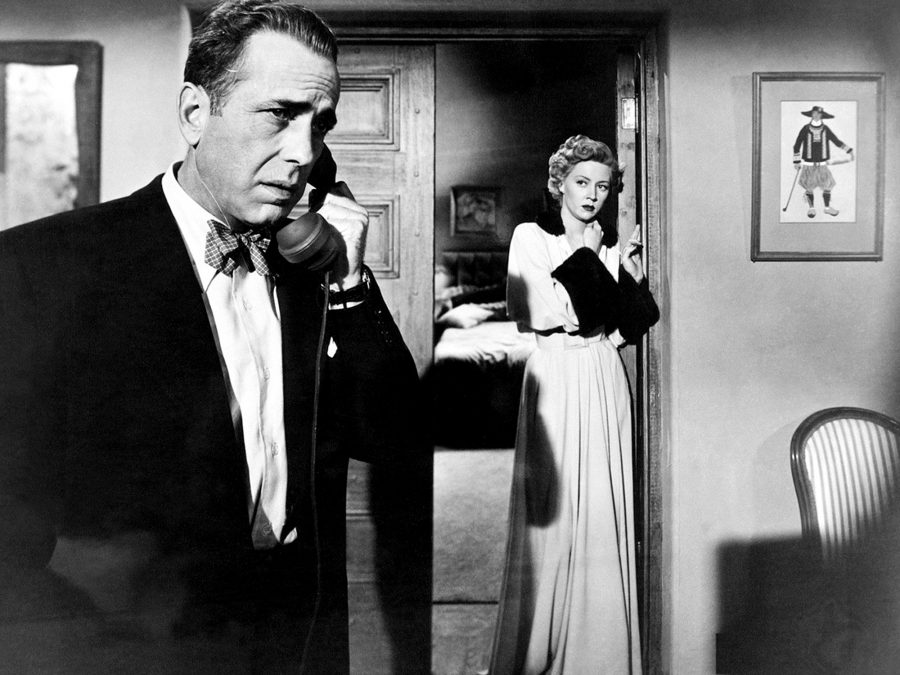 From the very beginning, Steele is shown to be a volatile and abusive misogynist. His past haunts Laurel as she finds out more and more about his violent temperament. Everyone knows the open secret regarding his abuse of a previous lover whose nose he broke: “All this happened years ago… He’s changed now.” It’s hard to feel sympathy for Steele in that the whole situation is instigated by his potentially predatory behaviour. This is even when considering that he is a war veteran whose mentality is clearly coloured by some form of PTSD.

The inviting of Mildred to his flat late at night has all the bearings of a familiar pattern now splashed across the headlines daily, even down to Steele changing into his dressing gown as it supposedly helps him work. As an ex further quizzes him, “Do you look down on all women or just the ones you know?” Mildred only seems to get away by the sheer dent of him being tired, later relying on this to explain away his behaviour, already hinted at having been a repeated ritual with other women.

In spite of following this man’s journey, the film is essentially about the women locked into the power struggles of the film industry and their dodging of the fallout and abuse that it was built around. Mildred knows that Steele lured her to his apartment, even stating as much. But she treats it relatively normally as do all of the people around from the business. His agent even begins to concoct various escape plans in case he really did kill the girl rather than turn him in.

It’s telling that the police are the only questioning authority early on in the film before Laurel finally accepts that Steele has anger problems. As one of the officers pertinently asks Steele, “Wouldn’t you say taking home a check room girl to tell you a story is rather an eccentric thing to do?” Even Laurel, blinded by her love for the man, is forced to reckon with the potential of his violence only once he has hospitalised a young sportsman after a near collision on the road. Only her presence prevents him from smashing the boy’s skull in with a rock during the roadside scuffle.

Unlike the novel, Steele is definitely an innocent man but only regarding the official charges against him. Hughes’ novel was explicitly about an unyielding masculine violence and how such behaviour has addictive qualities to it when consequences are removed. The film makes the choice to change this, if only because it would seem too overt for the medium itself to openly acknowledge that same shadow-world of abuse and violence underneath it. Yet In a Lonely Place still remains incredibly effective, not because it lets the man walk away innocent – itself a last minute rewrite that would have seen Laurel strangled and Steele arrested – but because it highlights his and Hollywood’s overall guilt, forcing both to look deep into the mirror for just a few moments longer than was comfortable.

In a Lonely Place is back in cinemas from 24 November via Park Circus. Find out where the film is showing near you here.