Gaslight was the first Hollywood film to depict an abusive relationship. 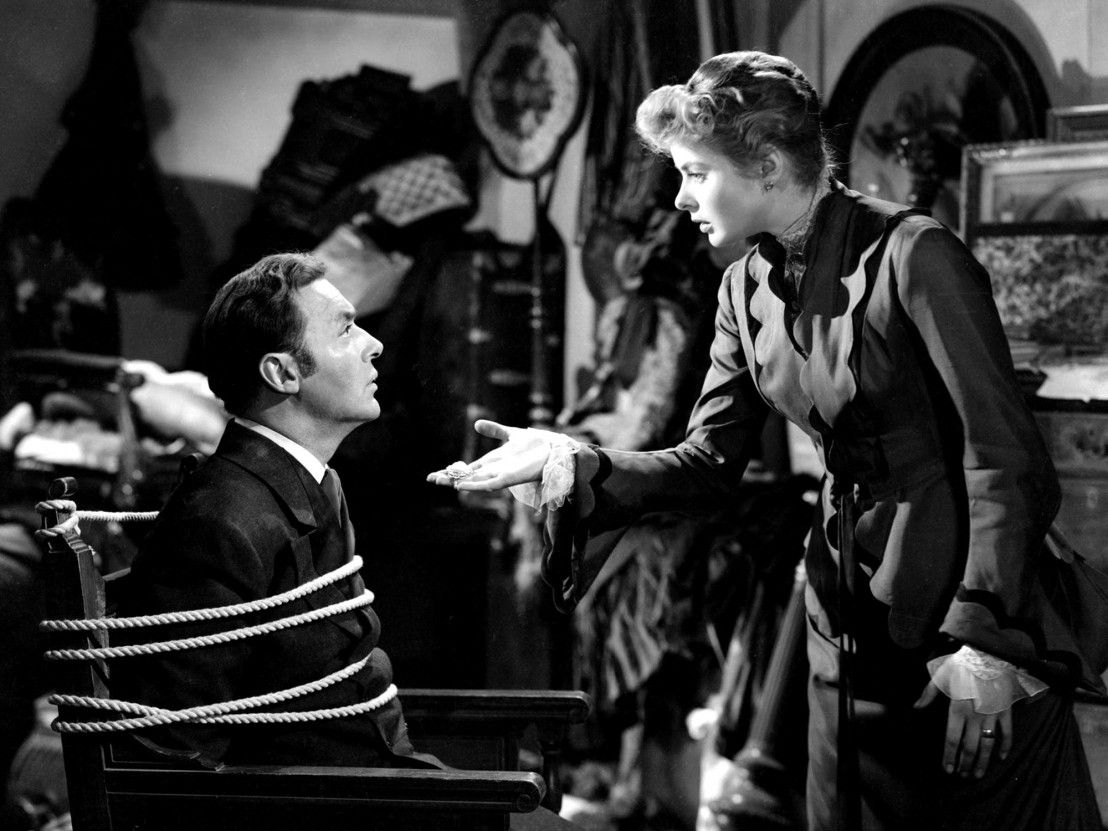 Pretty much all film noirs feature crime – and not just any crime, but the kind of big scale, headline-grabbing offence that can get you locked up for a very long time. The allure of ambitious financial scams, for instance, drive the criminals in Double Indemnity and The Maltese Falcon, while The Asphalt Jungle and Stanley Kubrick’s The Killing centre around meticulous heists. And people are always turning up murdered, whether through domestic crimes of passion as in the likes of Out of the Past and Laura, or as part of a wider criminal organisation as in The Third Man and Touch of Evil.

But these types of Class A felonies are not essential to the film noir genre. In fact, that genre doesn’t really exist at all, in the sense that no film was produced as a ‘film noir’ – rather, that label was retrospectively assigned to a variety of films sharing similar characteristics we’ve come to recognise as ‘noirish’.

Take 1944’s Gaslight, directed by George Cukor and starring Charles Boyer and Ingrid Bergman. Its low key lighting and brooding music are classic examples of noir iconography, and conjures a tense, threatening atmosphere that persistently implies something is amiss. But the misdeeds and malpractice that occupies the rotten core of the story is not of the familiar kind listed above, but instead of a more everyday offence that is complicated to present, and one that could never be misperceived as glamorous – that of domestic abuse.

Husbands abusing their wives was not a subject often addressed in classic Hollywood, and certainly not in film noirs, where women were typically written as femme fatales who themselves do most of the manipulating. And neither does it seem intuitive that such a nuanced subject would be well suited to the form’s typically melodramatic and often overwrought style.

But in Gaslight, Cukor – who has a record of female-oriented films, from Katharine Hepburn’s turn as a lawyer interested in equal rights for women in Adam’s Rib to Judy Garland’s rise to fame in A Star Is Born – does a surprisingly good job of dramatising the subject in a painfully believable manner. None of the abuse is presented in sensationalist terms, with Charles Boyer’s character Gregory never explicitly hitting Bergman’s Paula, but instead documents the more subtle, difficult territory of emotional abuse.

The visual language of the film immediately instructs us not to trust Gregory. Though it’s only later in the film that his true motive – to get his hands on some priceless jewels – is revealed, we’re prompted to treat him with suspicion from the get go. In his very first appearance on screen he’s framed behind a fence which obscures him as he calls out to Paula, as though he has something to hide. Soon after, as Paula alights a train at Lake Como, where she plans to mull over his marriage proposal, a hand sinisterly enters from the side of frame and grabs her wrist. It turns out to belong to Gregory, who has turned up uninvited. Paula may in spite of herself be pleased to see him, but we’re already on high alert.

It’s only when Paula has accepted his offer of marriage and the pair move in together in her inherited house in London that Gregory begins to manipulate and subtly take control of her. He begins by accusing her of absent-mindedness in a casual, affable manner, purposefully damaging her sense of self-trust so that, when he takes and hide objects from her, she starts to doubt her own sanity. He then establishes himself as a stern, paternal figure, isolating her from the outside world and using her apparent health problems relating to all the mysteriously disappearing objects to persuade her to spend all her time indoors and in bed. In one particularly excruciating scene when she persuades him to let her leave the house to see a friend’s recital, he accusingly informs her upon arrival that his ‘watch is gone’, prompting her to cry out and flee the room in distress.

After that low, however, she is helped out of her dire situation by Joseph Cotton’s friendly neighbour Brian, who as an external figure that manages to force his way into the house is able to expose the web of illusions Gregory has surrounded her with. Then in a cathartic, climactic scene, Paula is finally able to confront her abuser and liberates herself from his psychological prison.

Her descent into this prison and the emotional stranglehold of her abuser is gradual and always feels grounded in the way a victim could genuinely behave, giving the film a sense of psychological realism despite the genre’s mannerisms. Boyer and Bergman’s performances are exceptional in the way they bring to life an abusive relationship, with the latter being awarded the Oscar in 1945. As far as film noir goes, few can claim to be as true to the kind of horrifying, everyday crimes that go on behind closed doors.