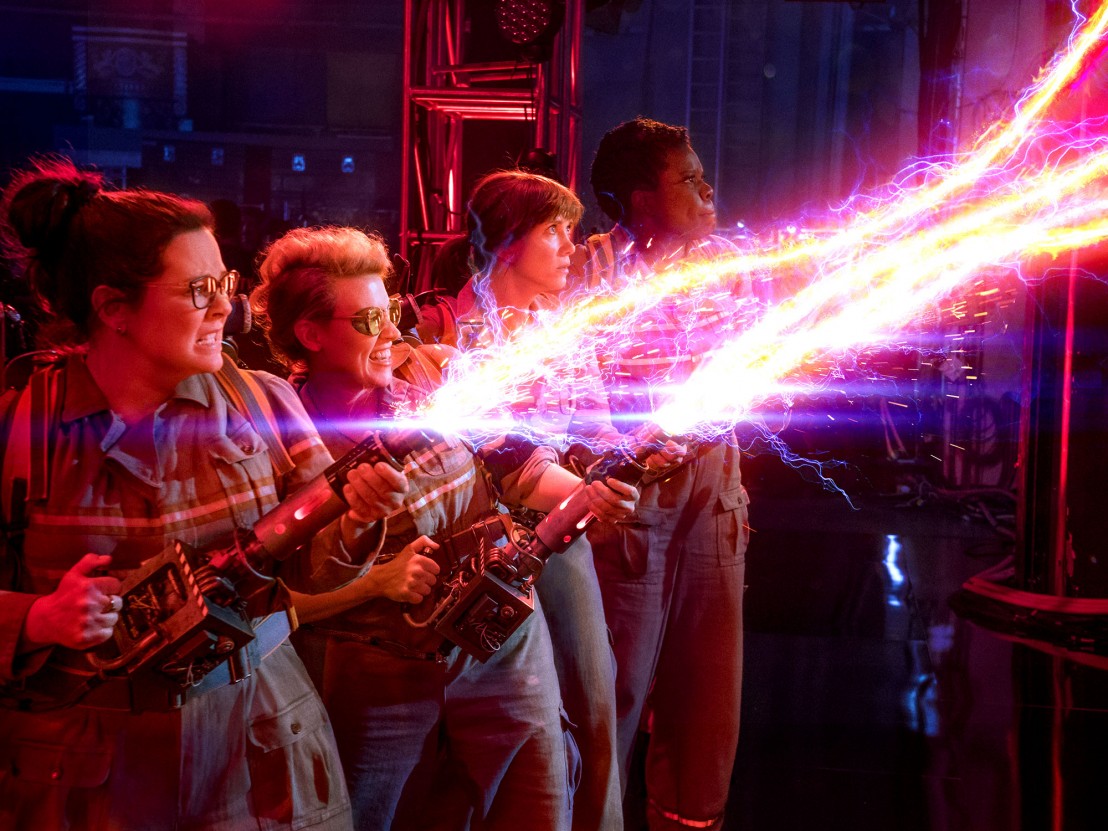 Time was, trailers were short promos that played before the main feature, designed to whet the appetite for coming attractions. They were a key part of the cinema experience, sometimes offering entertainment on a par with the film you’d paid to see. But at some point trailers became an event in themselves. In the early ’90s studios started portioning off large chunks of their marketing budgets to create trailers that were films in their own right. The first teaser for Jurassic Park featured a scenario where a creature trapped in amber containing dino DNA is examined under a microscope – a scene never intended for use in the film itself. Then Godzilla stomped into view with a standalone trailer that evoked Steven Spielberg’s smash hit while bombastically (and falsely, as it turned out) prophesying its own success.

Two decades later, trailers have become their own artform – as eagerly anticipated and widely consumed as the movies they’re promoting. So how did we get here?

The current climate echoes Hollywood in the early ’70s, when the major film studios were subsidiaries of other business concerns. Gulf and Western acquired Paramount due to the fact that celluloid was a byproduct of oil production, thus ensuring a market for their product. Time Warner had a vested interest in the films released by their production arm, Warner Bros, due to other publishing opportunities. And at that same moment Columbia Pictures, which had been around for almost 50 years but was on its last legs, was saved by the success of Steven Spielberg’s Close Encounters of the Third Kind, which was presold into cinemas on the back of the massive expectation generated by Jaws.

Big films weren’t always successful though. Heaven’s Gate, Michael Cimino’s huge and complicated western, killed off United Artists, a studio created by Charlie Chaplin, Lillian Gish and Douglas Fairbanks in the ’20s to promote artistic endeavour in the face of commercial greed. We now have a situation where Paramount is owned by Viacom, Columbia belongs to Sony and Twentieth Century Fox is part of Fox Entertainment Group. The reality today is that the films themselves are an afterthought in a world where data and how it travels is the primary concern of Hollywood money people.

Studios know that audiences respond to internet buzz and conjecture, and they fuel this by drip-feeding information months – sometimes years – ahead of a film’s release. Today’s blockbusters are made by a committee of millions, a trend that is generally considered to have taken flight in 2006 with the Samuel L Jackson vehicle Snakes on a Plane. The combination of title and star created a feedback loop of hype, requiring the producers to adapt the product for an audience that was yet to see any actual footage. Teaser trailers are forensically dissected and scrutinised by online commentators, and filmmakers routinely include hints and easter eggs to stoke fan engagement. The four-year gestation of Batman V Superman: Dawn of Justice was constantly dogged by rumour and speculation. What happened to turning up and taking your chances?

There’s a great anecdote about Robert Zemeckis and Steven Spielberg arguing with Sid Sheinberg during the production of Back to the Future. The story goes that Sheinberg felt Doc Brown should have a monkey as a pet, not a dog, because according to his research that’s what a mad scientist would have. Why? The whole point is that Doc was the crazy guy in town who believed in something intangible and went to great measures to prove it. A pet monkey would have reaffirmed his status as the local oddball. A pet pooch with a silly name effectively makes the same point. The filmmakers stuck to their guns and Einstein was the first dog to time travel.

The ’90s saw a whole host of superhero movies – Darkman, Spawn, The Phantom, Mystery Men – released to modest fanfare owing to the feeling that they had a ready audience waiting to consume them. Gradually the studios realised that even this built-in fanbase needed to feel heard. In 1999 Ain’t It Cool News was a key factor in pushing The Blair Witch Project to a worldwide gross of $248m. Almost overnight, the studios realised they could not longer ignore the fans who were already looking to different screens to tell them which movies they should see. Given that the trailer for Paul Feig’s all-female Ghostbusters recently became the most disliked non-music video on YouTube, it now seems impossible for any big production to avoid the intense glare of fan scrutiny.

So, how to progress? Legendary Hollywood producer Robert Evans was responsible for giving Paramount autonomy beyond its oil subsidiary status. He did so in an era when studios were similarly pandering to audience expectations – making a trailer for the board of directors to sell the idea that telling a bigger story would result in a greater audience share and increased profit. The result: an incendiary autobiography and a documentary adaptation, The Kid Stays in the Picture.

A good trailer shouldn’t give away the entire plot. It’s an amuse-bouche. It should entice and excite us, not make us feel like easily exploitable consumers. The great B-movie producer Roger Corman used to let his directors make whatever the hell they wanted, so long as they gave him enough bare flesh and explosions to fill a 90-second teaser. He knew that cheap titillation was a sure way to sell a film, but he also cared about how each of his films was sold. Now, with trailers growing ever bigger, brasher and more hyperbolic, it seems the movies themselves have somehow gotten smaller.