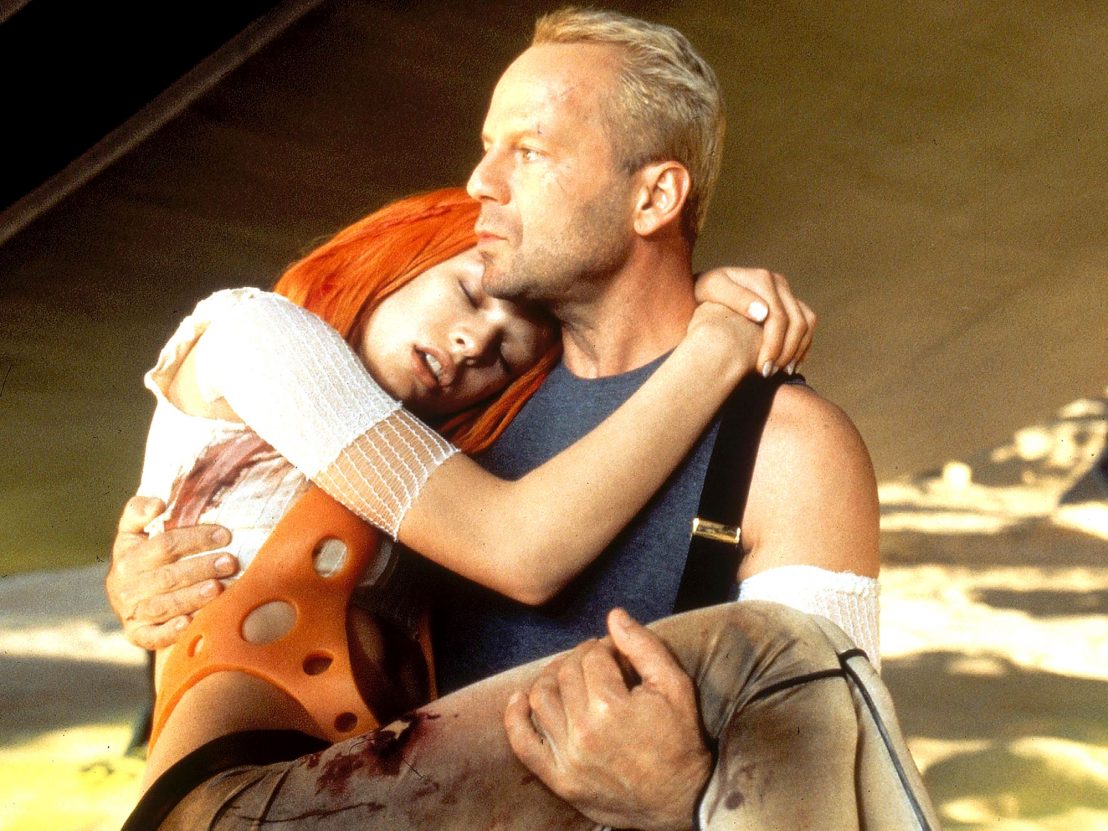 “I love dogs,” Mila Kunis’ character says when Channing Tatum’s canine/human crossbreed explains that a sexual relationship between them isn’t viable because he’s more hound than man. For all its many shortcomings, recent films like Jupiter Ascending represent a dying breed of Hollywood film: original sci-fi blockbusters. Free from the shackles of literary adaptation, these films can come up with even more abstract and wacky concepts but the Wachowskis’ 2015 effort showed how badly that can go when lines like the one above make it into the script.

As a gaudy, galaxy-spanning space opera Jupiter Ascending got by on visual style alone, but it lacked a strong creative spark – the kind of spark forged in Luc Besson’s 1997 film The Fifth Element, which celebrates its twentieth anniversary this month.

Action-packed Hollywood blockbusters have long relied on comic relief to inject some fun into otherwise dour premises. Die Hard worked in part thanks to John McClane’s one-liners; Han Solo’s rascally charm powered the first Star Wars film; Jeff Goldblum’s open-shirt cynicism helped lighten the mood in Jurassic Park. Yet in 1997 film audiences weren’t prepared for the eye-popping, saturated visuals and outlandish production design of a film like The Fifth Element. Flash Gordon had left its mark on the genre before Spaceballs came along and sent it up, but a true-blue original sci-fi loaded with high levels of camp had yet to occupy multiplexes for the obvious reasons.

Dialogue is one thing but The Fifth Element has pure, unadulterated entertainment running through its veins. Despite a seemingly safe premise – an intergalactic romp concerning the recovery of four precious stones that will save the universe – Besson’s vision felt entirely unique and at odds with Hollywood’s mid-’90s output. Appearances proved massively deceiving, as the film’s reluctant everyman took the form of then highly bankable star Bruce Willis. Yet the expectation that Willis’ Korben Dallas would be another witty hero in the conventional mould would only serve to accentuate the film’s extravagant edges. 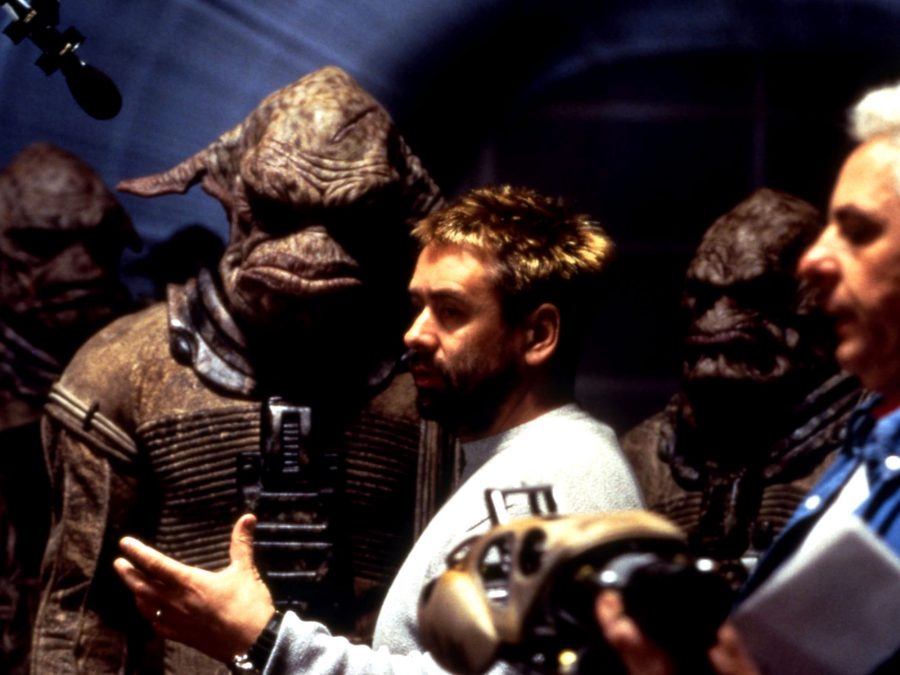 Other instantly memorable characters include Milla Jovovich’s Leeloo, with her stringy, neon-orange hair, and Ruby Rhod, an androgynous, hypersexual diva who works because of Chris Tucker’s shrill, almost pantomime performance. None of this should fit together to form a cohesive whole, but when Rhod is introduced late on in the film, he fits seamlessly into off-kilter story. Walking innuendos such as Rhod, still a touchpoint for comic relief support in science fiction cinema 20 years on, are a filmmaker’s dream and Besson showed just how effortlessly he could make the most out of a fairy minor supporting character.

Modern blockbusters continue to take a leaf out from The Fifth Element’s book. On a purely visual level it remains a film to aspire to, but it’s the characterisation and comic tone which really sets it apart. It shows that you don’t need to confine your comedy to a single character and that if you extend the levity across the whole film you can create something truly unique. The Fifth Element didn’t skimp on the sci-fi themes either; its world-building is efficient, its ending a neat marriage of the bubbling love story between Leeloo and Korben, and the high-stakes countdown to save the universe. There’s even something to be said about the violent potential of people and, more cloyingly, why everyone is better off working together.

The baton has been picked up by a few notable modern blockbusters, with Guardians of the Galaxy and its sequel trading off the same tongue-in-cheek irreverence. Today’s risk-averse Hollywood system may prohibit summer blockbusters from being as arch as The Fifth Element, but it’s encouraging to see directors like James Gunn embracing the playful tone of and eye-catching production design of Besson’s film.

The Fifth Element had its cake and ate it, showing the way forward for big-budget, idiosyncratic sci-fi. A deftness of touch can be enough to transform an enjoyable blockbuster into a sensory feast. Luc Besson wrote the book on it, and his beautifully bonkers space opera is a prime example of giddying, uncompromising Hollywood cinema.