Gerda Wegener shocked the art world in the 1920s with her progressive and provocative paintings of women. 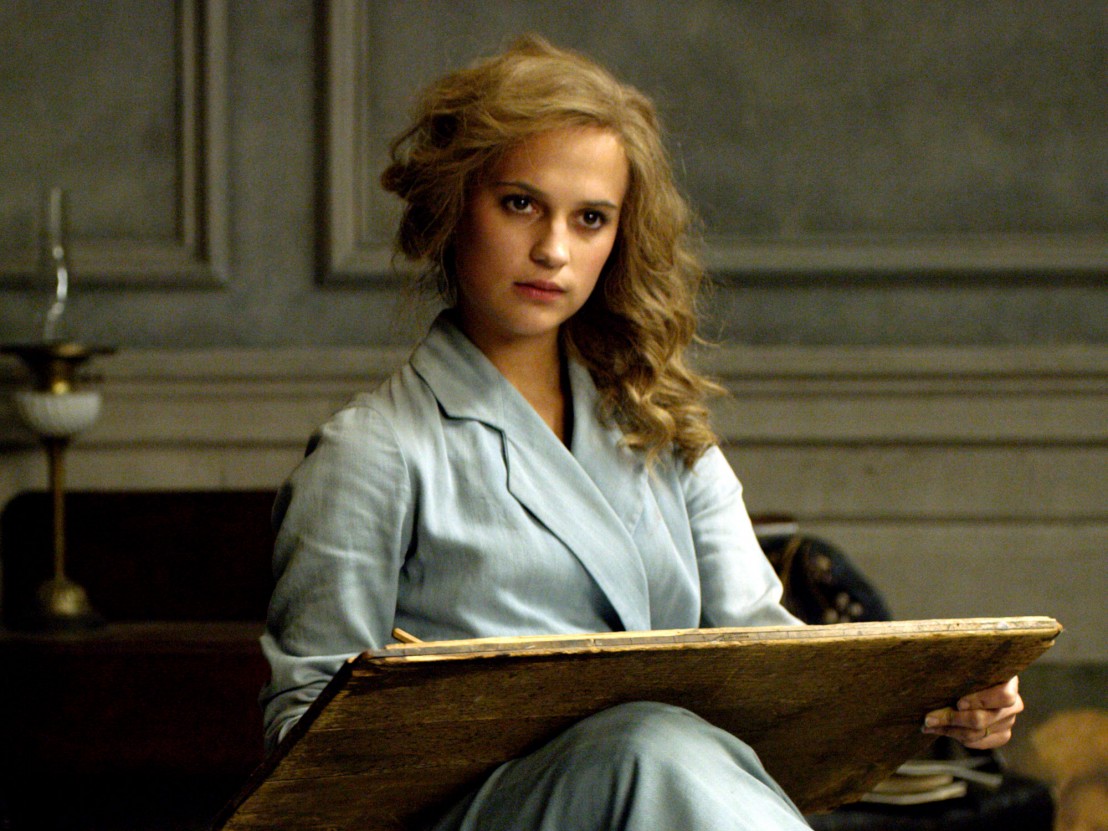 The release of Tom Hooper’s biopic The Danish Girl brought attention to the art of Gerda Wegener (played by Alicia Vikander), whose avant-garde paintings pushed the boundaries of the Danish art world in the early 20th century. Not only was she a woman working in the 1920s, but a flourishing fine-artist whose financial success often surpassed that of her husband, Einar. Best known for her art nouveau paintings and illustrations, Wegener’s work graced the covers of Paris’ most elite publications, including Vogue and La Vie Parisienne.

Unlike many of her Danish contemporaries, whose stern impressionist paintings exuded conservative masculinity, Wegener’s work promoted femininity and sexual expression, depicted through her often controversial erotica scenes. It was through these images that Wegener became renowned for her depictions of femme fatale women with sultry, almond shaped eyes and elongated limbs. Little did the art world know that Wegener’s model was in fact Einar, who had already begun to identify as Lili Elbe prior to undergoing one of the world’s first sex reassignment surgeries.

There’s a scene in The Danish Girl where Wegener stares intensely at a man as she paints his portrait. His discomfort is clear for all to see: “To submit to a woman’s gaze is unsettling,” Wegener says. Throughout history, women were traditionally always painted by men, meaning that the popular image of the female form was conceived almost entirely through a man’s perspective. For a woman to paint a man not only disrupted this power structure but actively rebelled against it. There is a nude of Lili draped seductively over a chaise longue in a manner reminiscent of Manet’s ‘Olympia’. In painting her in this way, Wegener was consciously subverting masculinity long before any feminist literature on such notions. 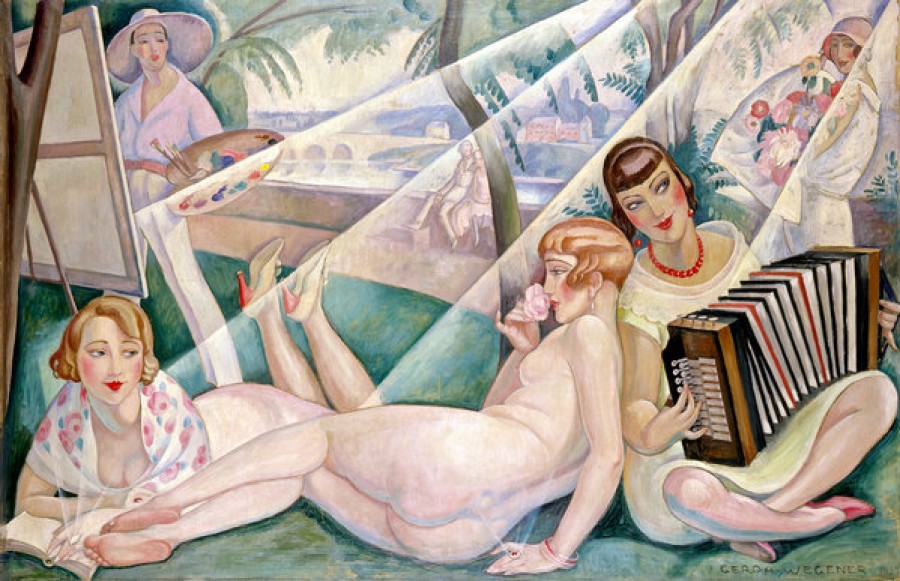 Perhaps the most important characteristic of Wegener’s art is that her representation of masculinity was typically feminine: she often used a pastel colour-palette to evoke a girlish charm and her subjects, mostly fashionable women with cropped hair and seductive eyes, lay elegantly across the canvas. Wegener was an artist who was not afraid of her own femininity.

David Ebershoff, the author of the book on which Hooper’s film is based, observes that the Danish women’s rights movement played out in tandem with Wegener’s life and career, serving to amplify her progressiveness. Wegener’s more sensual paintings leave little to the imagination, but even her most shocking nudes – explicit, almost pornographic, and still shocking in nature – preserve a cherub-like innocence that keeps them from vulgarity.

In addition to Hooper’s film giving Wegener’s art a platform of its own, the Arken Museum of Modern Arts in Copenhagen has opened a new exhibition of her work to mark the 100th anniversary of women’s suffrage. Wegener’s work was a watershed moment not just for women but also transgender people in a society that had little regard for either, and as such her story is more relevant than ever. At a time when transgender issues are increasingly becoming part of the wider cultural conversation (see: Tangerine, Caitlyn Jenner), it’s vital to acknowledge the impact of Wegener’s work in forging a path towards tolerance and acceptance.