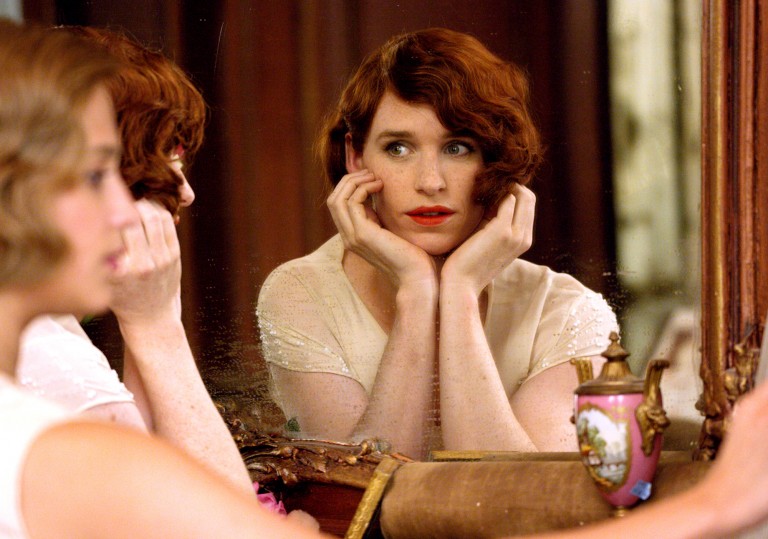 They don’t call him Tom “The Antichrist” Hooper for nothing, but Vikander demands our attention.

Hooper breaks through in spite of himself, telling a beautifully nuanced and humane story of love, loss, and gender identity.

Redmayne and Vikander, along with the film’s dusky flourishes, allow The Danish Girl to reach beyond the awards it was designed to win.

The Danish Girl may play fast and loose with most of the facts, but Tom Hooper’s heavily fictionalised and uncharacteristically watchable film about Einar Wegener — one of the first people to undergo male to female sex reassignment surgery — is so powerful because it preserves the crucial truth that its protagonist was neither a guinea pig nor a martyr.

Based on David Ebershoff’s novel of the same name, which itself was a liberally creative account of Wegener’s life, The Danish Girl has all the historical accuracy of a Xerox. But rather than underline the obvious courage required in Wegener’s role as a medical pioneer, Hooper foregrounds the conviction required for Elbe to be a trans woman long before there was a word for it. This isn’t a film about an activist, but rather one about a marriage, a man, and the woman he would leave behind in order to become the woman he was born to be. It may look like a traditional awards season biopic, but looks can be deceiving.

Shot with the sensitivity of a Sofia Coppola movie and the scale of a prestige picture, The Danish Girl begins in the beautiful blue-gray wonderland of 1920s Copenhagen, where Einar Wegener and his wife Gerda (Alicia Vikander) are the hippest couple in town. He’s a successful painter, fixated on perfecting a landscape of his childhood. She’s an artist as well, albeit a much less famous one, her career hobbled by misogyny. Young, beautiful, and constantly touching each other, Einar and Gerda aren’t merely a normal couple – their love is storybook, their marriage like the epilogue of a fairy tale. And then, one fateful evening, Gerda asks Einar to hold the hem of a lace dress against his leg so that she can finish a portrait of their absent friend, ballet dancer Oola Paulson (Amber Heard). For Einar, it’s like a veil has been lifted.

It isn’t long before Gerda is giddily slathering Einar in makeup so that he can attend a party with her in the guise of a cousin named Lile Elbe (Redmayne’s gamine features make Elbe’s appearance all the more convincing). It’s all good fun for her, but the flint in Einar’s eyes betray the look of someone feeling the first nervous stirrings of an awakening.

The film may be set nearly 100 years ago, but it’s pitched towards audiences of the present. Lucinda Coxon’s script adamantly refuses to saddle its characters with outmoded notions of trans identity or demean Lili by having her doubt her conviction – even Einar’s childhood friend Hans Axgil (Matthias Schoenaerts), who might seem narratively predisposed towards a certain strain of bigotry, does everything in his power to make Lili feel welcome in the world.

Likewise, Gerda’s understandable confusion is never allowed to rot into spite, and the wounded love that emanates from Vikander’s stoic performance clarifies this as a portrait of sacrifice and surrender rather than one of social justice. The soft beauty of Hooper’s aesthetic, along with Alexandre Desplat’s stirring score, further help to orient the film towards the complex humanity of the queer experience rather than the inhumanity that so often crops up in response to it.

If none of this sounds like the stuff of a movie by Tom “I have a voice!” Hooper, perhaps the highest praise owed to The Danish Girl is that – save for a few noxious fisheye shots in the first act – its direction often feels anonymous. Still, Oscar bait is the only way that Hooper knows how to catch a fish, and his thirst for melodrama often seems frustrated by Coxon’s delicate writing and Redmayne’s brilliantly full-fleshed transformation.

The result of that clash is a film that feels like an exquisite poem written entirely in caps lock, each nuanced moment punctuated with a torrent of tears (either Redmayne or Vikander is crying in almost every scene). But Hooper saves himself with an emotionally measured anti-climax, cementing The Danish Girl as a film that experiences a transition of its own: what begins as a story about holding on ultimately resolves as a story about letting go.

They don’t call him Tom “The Antichrist” Hooper for nothing, but Vikander demands our attention.

Hooper breaks through in spite of himself, telling a beautifully nuanced and humane story of love, loss, and gender identity.

Redmayne and Vikander, along with the film’s dusky flourishes, allow The Danish Girl to reach beyond the awards it was designed to win.