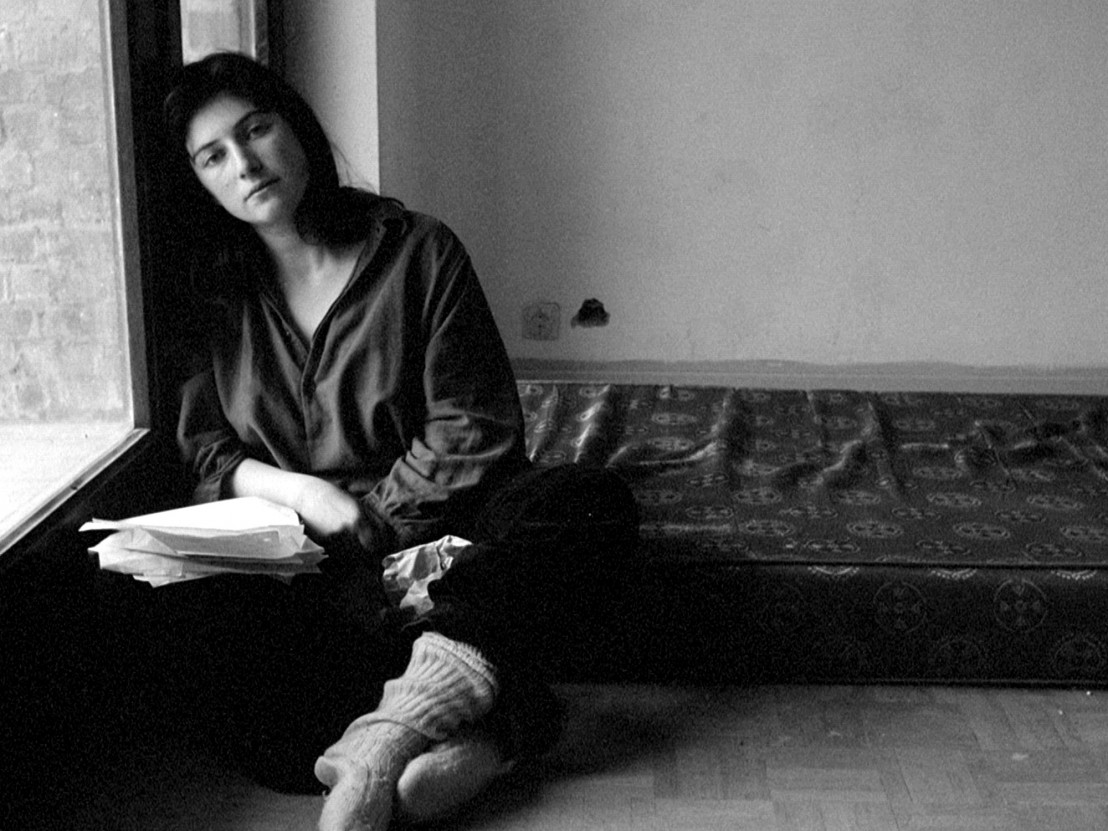 “What is it be human? What is it to ache? What is it to be alive?” asks customer service expert Michael Stone in Charlie Kaufman and Duke Johnson’s stop-motion masterpiece Anomalisa. These are the same questions that the late Belgium filmmaker Chantal Akerman posed over 30 years ago in her black-and-white debut feature Je, Tu, Il, Elle.

Though the filmmakers’ approaches and protagonists couldn’t be more different, both Akerman’s hungry young woman, Julie, and Kaufman’s middle-aged man embark on similar existential journeys while also searching for some form of human connection. Both film provide profound examinations of alienation, regret and the human condition.

Julie, suffering from a recent break-up, has confined herself to her bedroom for one month with only a bare mattress and a pen and paper for comfort. She gobbles on powdered sugar from a brown paper bag while pondering her existence. When we first meet Anomalisa’s Michael we see him dwelling on a failed relationship, grasping a crumpled letter from former lover while on a plane bound for the city where she now lives. Julie too decides to return to her past, breaking her self-imposed hiatus from the outside world by hitching a ride to visit her ex-girlfriend.

Michael’s venture through the dimly lit corridors of the lush Fregoli Hotel, where he is due to give a conference on customer service, takes place over the course of 24 hours and though Julie quite literally navigates winding roads on her journey, Michael is apparently the more weary traveller. His search at first leads him to disappointment as his pathetic attempt to bed his ex is shutdown almost instantaneously. But then his spirits are lifted when he hears the voice of a shy woman named Lisa, who he hooks up with after a few rounds of apple mojitos. Both characters find comfort in impulsive, alcohol-fuelled sexual encounters, with Julie sharing a few glasses of wine with a truck driver before giving him a hand job. Towards the end of her journey, Julie meets her ex-partner who provides sexual nourishment and happily soothes Julie’s cravings for one night only. Is one night of bliss enough to keep these characters emotionally sated?

Akerman employs a quiet ambience with Julie, occasionally narrating like she’s reading extracts from a diary. She says of the truck driver, “I realised I felt like kissing him,” which brings to mind Marielle Heller’s recent film The Diary of a Teenage Girl with a sense of longing and sadness akin to Sophie Calle’s ‘Exquisite Pain’. In typical Kaufman style, Michael voices long streams of dialogue to communicate his feelings, his psyche accumulating all his guilt and turning it in to a bizarre nightmare sequence. Both characters are lost but are attempting to take a long hard look at themselves.

Akerman and Kaufman use mirrors as a metaphor for self-reflection. When Michael stares at himself after his encounter with his ex he starts to malfunction. Is the truth he sees too much for him to handle? Meanwhile, Julie luxuriates in her own reflection of herself, taking her sweet time studying the reality of her situation. The difference between the characters’ age gives them distinct perspectives on the human condition with the notion of time running out an increasingly important factor.

Both films keenly observe the decisions we make for a chance at fleeting and possibly long-term happiness. Are Julie and Michael doomed to make the same mistakes over and over again? Anomalisa shows a character resigned to his misery. Je, Tu, Il, Elle asks vital questions but is less interested in providing answers, instead focusing on the importance of the experience.