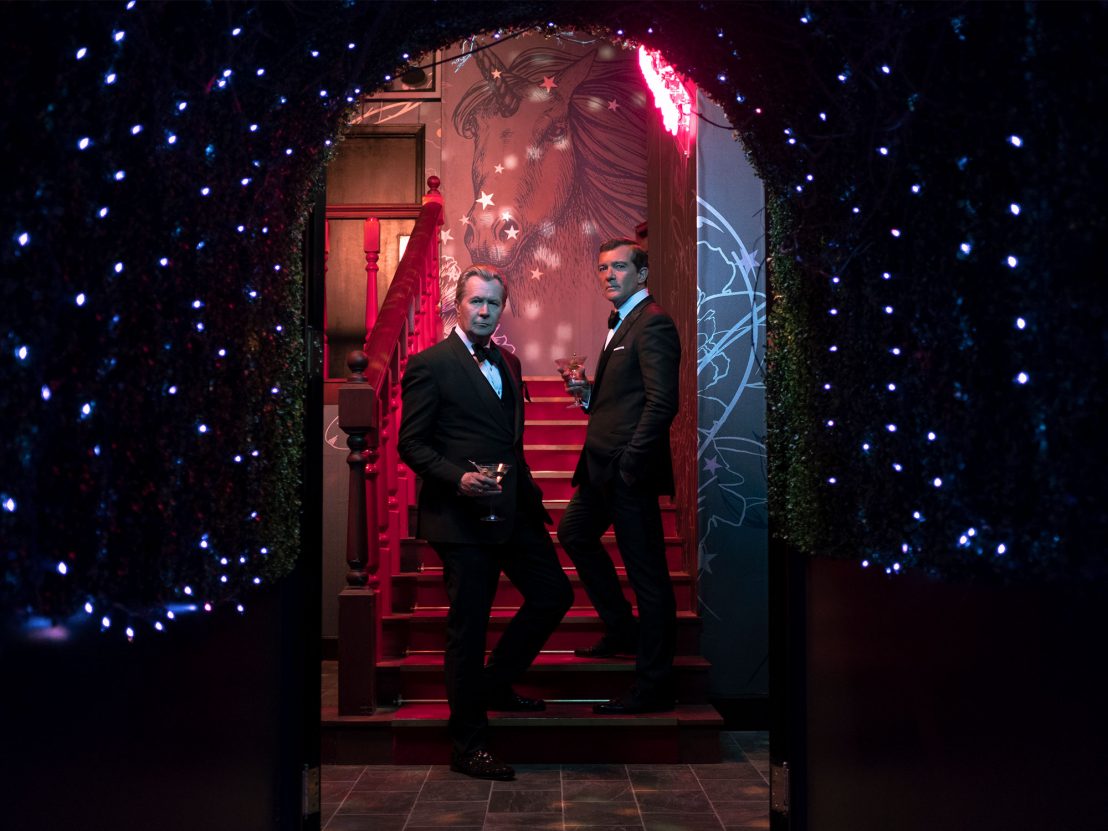 In 1949, the legendary film producer Samuel Goldwyn saw the future of entertainment. He used an article in The New York Times to summarise his thoughts: “Motion pictures are entering their third major era. First there was the silent period. Then the sound era. Now we are on the threshold of the television age.”

Goldwyn’s prescience is hard to deny. The 1950s saw television sales skyrocket while attendance in US movie theatres declined steadily until the early ’70s. From that moment on, film folk would not stop worrying about their new competitor: the screen in everyone’s living room.

In 2019, that rivalry is alive and well. Public spats between Netflix and Cannes can attest to the tension between big screen and small. Yet arguably more disruption lies in wait, courtesy of the still smaller screens we all carry around in our pockets.

As Jeremy Deller pointed out, in his celebrated BBC documentary Everybody in the Place, social media has displaced the once reigning cultural mediums of the 20th century. Pop music no longer holds quite the same esteem amongst teens and pre-teens who get their kicks from live streams, Instagram stories and the freewheeling meme-exchange of social networks.

From politicians to poets, everyone now accepts the gamut of Instagram, Twitter and Snapchat as the dominant means to spread ideas and information. Surveys suggest that most of us are hooked to some extent: staring at our phones even when nominally ‘watching’ television. If TV killed the matinée idol, one wonders what will become of both thanks to the gazillion tiny blows of TikTok and Snapchat.

Social media platforms light up our pleasure centres in ways that films can’t equal. The latest to catch fire, TikTok, is a lighting-quick video app which positively rains content onto your retinas in two to 15-second clips. The app follows a now-established route to dominance in the online attention economy.

Machine-learning allows the platform to understand your tastes in no time at all. Custom cannot stale its infinite variety, as the clips arrive back-to-back – zooming in with the quippy speed of Aaron Sorkin’s dialogue or Tina Fey’s gag writing. The speed is a boon to viewer and producer alike. Just as a stand-up can hone their craft in the real-time feedback of an audience’s laughs, witty teens can quickly discern the tastes of their market.

Which is all good for lightness and mirth, you might say, but what of the true dramas? The heartrending romances and tragedies that require deep characterisation and a rapt audience? It’s hard to see how TikTok can account for such entertainment needs. (Although Instagram and Twitter may well provide an alternative thanks to the unending hate-storms and drama which rage across them.)

The more pressing question is whether young people are even interested. A report in the most recent issue of Private Eye suggests that BBC researchers, concerned by an inability to attract a younger audience, are looking at ways to ‘mute’ news content which teens find “too depressing”. Entertainment purists may become like hectoring parents who plead with their kids to at least try some broccoli before dessert.

Facing similar dilemmas, film producers have noticeably leaned-in to their own strengths. Franchises and existing properties which carry a pre-existing audience now dominate the major release windows. Just as major retailers have been forced to consolidate and restructure in response to online shopping, big studios have increasingly favoured grand-scale action adventures. The Marvel Cinematic Universe cannot be beaten for eye-popping visual effects and the overall scale of its narrative. If anything is guaranteed to distract teens for a couple of hours, it’s the sight of fifty superhumans ripping the universe to shreds in Dolby Surround.

For all the hand-wringing over shrinking attention spans, however, it’s worth noting that films – much like novels – may become less popular, but are unlikely to disappear. It’s possible to imagine film becoming the opera of the 21st century: a minority artform, kept alive through generous funding grants and wealthy benefactors. If such a fate awaits, there’s little for film to do but stick to its own wheelhouse: with a focus on storytelling, photography and acting talent. 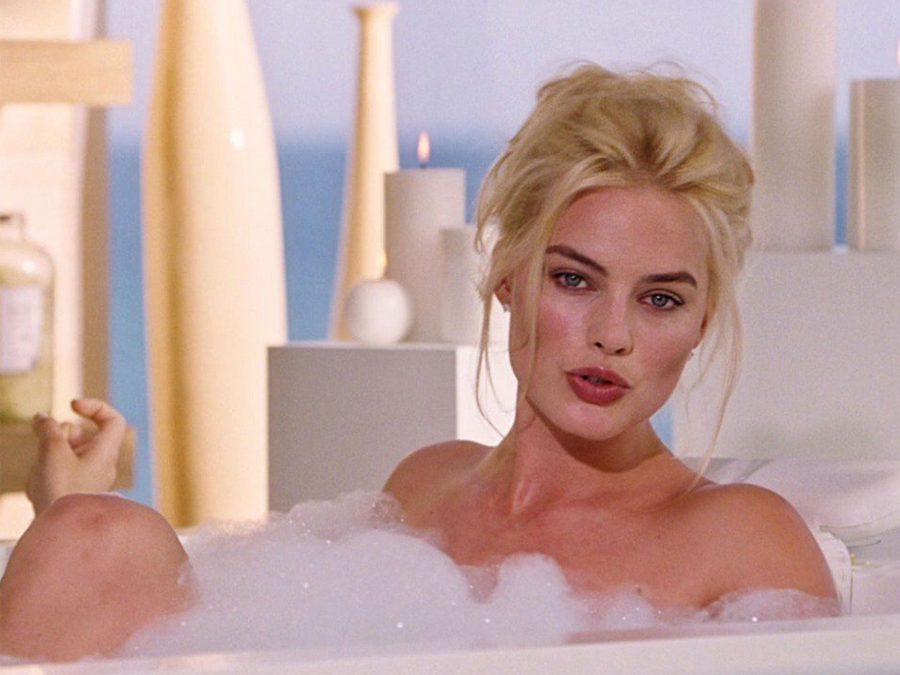 Yet some directors are spoiling to bring the fight to social media. The Big Short has a certain Youtube-ness about its use of voiceover, smash-cutting to still images for a quick laugh. (“Does it make you feel stupid?” Ryan Gosling asks, when describing the impenetrable language of finance execs, before an Instagram-esque photo of a dog wearing sunglasses appears on screen.)

Director Adam McKay seems convinced that his audience won’t pay attention without such interjections, weaving in YouTube-ready scenes which include Margot Robbie explaining subprime mortgages in a bubble bath. It’s mostly tongue-in-cheek, but that hasn’t stopped it from racking up views online.

Steven Soderbergh’s anti-capitalist statement, The Laundromat, takes this gambit even further. Rather than employing voiceover, Antonio Banderas and Gary Oldman’s narrators speak directly to camera, delivering a detailed exposition of the financial chicanery exposed in the Panama Papers scandal. At times, it feels like an expensive TED talk, where the star power of well-known celebrities is entrusted to rouse us from our popcorn-addled complacency.

McKay and Soderbergh are engaging in a sort of activism. Wishing to truth-tell about political and social inadequacies, but they do so as Gen X filmmakers whose grip over popular culture is quickly waning. With many of us looking to Youtube and Twitter for smart, snappy explainers, it’s not clear that melding documentary and dramatisation will help to keep film at the forefront of surrounding conversations.

Those of us who stayed behind for the mid-credits skit at the close of McKay’s Dick Cheney biopic Vice gained further insight into how he views slack-thumbed millennials. As a fist fight breaks out between two middle aged men – one liberal, one ultra-conservative – a young woman gazes into her phone and declares how “lit” the new Fast and the Furious film will be.

It might be no more than a playful dig at twentysomethings or it could be a curmudgeonly gripe on behalf of an older generation facing up to a major shift in our cultural dynamics. Thankfully, in the Information Age, we have Twitter polls to solve such conundrums.