These famous movies weren’t made by who you think... 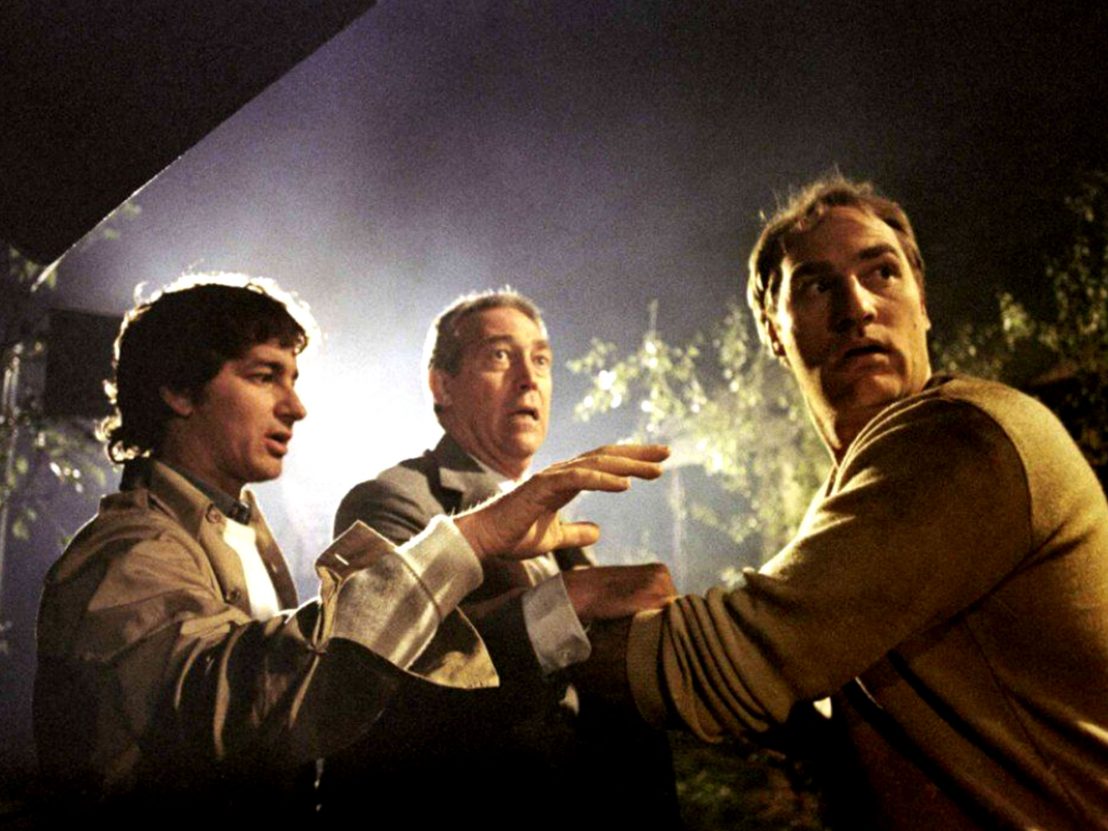 “And, candidly, Steven Spielberg directed that movie. There’s no question.” This quote comes from a recent interview with veteran cinematographer John Leonetti, who worked as assistant first cameraman on Poltergeist, which seemingly confirms a long-standing rumour that it was in fact Spielberg and not Tobe Hooper who directed the film.

While Spielberg is credited as producer on Poltergeist, everything from behind-the-scenes footage to numerous retrospective interviews with cast and crew appear to show he was very much in charge. The Director’s Guild of America even investigated the production when comments by Spielberg suggested he called the shots, prompting him to pen an open letter to Hooper praising his work. Leonetti was in a unique position to know who was directing since he would have behind the camera for most of production. He acknowledges that while Hooper had creative input and shot some footage, it was Spielberg’s baby.

This situation is by no means unique to Poltergeist. In 2006 Kurt Russell confessed that he ghost directed the hit western Tombstone after original director Kevin Jarre was fired by the studio, who urged Russell to take over on the condition that he didn’t receive a credit. He ultimately brought on George P Cosmatos with the understanding that he would follow Russell’s instructions to the letter. “I’d go to George’s room, give him the shot list for the next day, that was the deal.” Russell’s agreement with Cosmatos included a vow of secrecy while the helmer was alive, with the actor only revealing the truth of their collaboration after the director had passed.

While ghost directing and creative interference is acknowledged within the industry, very few productions are upfront about it. It’s also true that in the cast of tentpole movies, the line between director, studio, producer and top-billed cast is often blurry. Sylvester Stallone is famous for taking control of productions – indeed, Cosmatos got the Tombstone gig off the back of Stallone’s recommendation, having performed a similar function on First Blood Part II and Cobra. Likewise, when Mel Gibson was unhappy with the initial cut of Payback he effectively replaced Brian Helgeland with a still unnamed director to reshoot the entire third act, demanding extensive re-edits to give his brutal character a softer edge.

While the age of the all-powerful movie star is fading somewhat, a chosen few still wield a lot of power. According to an in-depth report published by Variety, Tom Cruise was contractually given creative sign off on 2017’s remake of The Mummy. This was part of what drew him to the project, where he hired writers to rework the script to focus more on his character and less on the actual Mummy, and he had a large say during editing.

Director Alex Kurtzman, whose previous credits include The Amazing Spider-Man and Star Trek, was a relative newbie to leading a large scale production, while Cruise is an old hand both as star and producer. Even crew members working on The Mummy spoke of the actor coming on set, instructing the director, asking about the lens being used and so on. It paints a picture of a powerful star who essentially directed the movie he wanted made, with the actual director there to guide his vision.

In the modern era of connected universes and franchise dominated release schedules, directors are often treated like hired guns there to realise the vision of a committee. Marvel and DC are perhaps the biggest exponents of this, with Suicide Squad famously being re-edited off the back of a trailer which made it look like a colourful romp loaded with quips, pop songs and action. Director David Ayer made made something darker and gloomier, and so extensive reshoots were required to brighten it up. In post-production different edits were assembled – including a version edited by the company responsible for the trailer – and tested. This explains why chunks of footage from earlier trailers went AWOL, and why Ayer’s distinct voice feels muffled by misplaced humour and odd soundtrack choices.

Even guaranteed hits like Star Wars are subject to intense oversight. Director Tony Gilroy was air-dropped into Rogue One to oversee reshoots and re-edits after principal photography, at a cost of $5 million to the studio. If it wasn’t for him and one of the film’s editors, Jebez Olssen, the famed Darth Vader climax wouldn’t have been added, so perhaps his intervention was money well spent, though it does call into question just how much of Rogue One is his and how much belongs to credited director Gareth Edwards.

Of course, ghost directing is hardly a new phenomenon. Despite Christian Nyby’s directing credit on 1951’s The Thing from Another World, it is unmistakably the work of producer Howard Hawks. Subsequently even the cast and crew argued over who really directed it, with the consensus favouring Hawks. Whatever the truth behind the likes of Poltergeist and The Thing from Another World, however, the result in each case was extremely positive, which is more than can be said for many modern comparisons.

In spite of the various behind-the-scenes issues which beset many of the the films mentioned above, most of them turned out just fine. But one that definitely didn’t is Piranha II: The Spawning, James Cameron’s “first” film. In reality, the rookie director was only on set for two weeks before being fired by producer Ovidio Asonitis, who took over but kept Cameron’s credit for contractual reasons. Their conflict-ridden collaboration is the polar opposite of Spielberg/Hooper, and while the final product is undoubtedly poor, it provides a fascinating window into the hidden world of ghost directing.

Cameron has since distanced himself from Piranha II, though he does consider it “the finest flying piranha movie ever made.” The experience also presented him with an unexpected gift; during his brief spell working on the film, he had a feverish nightmare about a woman being chased by an unstoppable man/half machine killer. Thus, The Terminator was born, and Cameron made sure that from then on he would always retain full creative control on his films, which has certainly served him well on his way to becoming Hollywood’s highest-grossing director.