Geoff Barrow and Ben Salisbury on their Free Fire soundtrack

The composing pair break down their sparse score for Ben Wheatley’s latest. 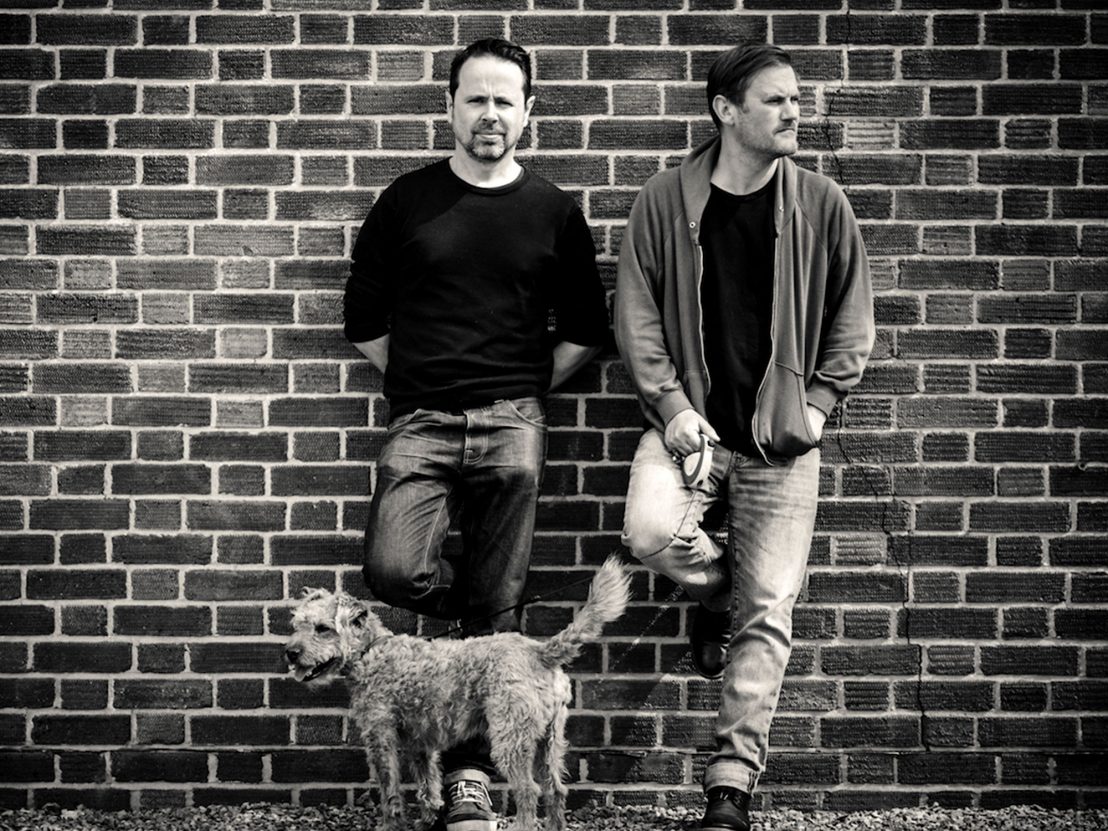 We sat down for a chat with the duo to find out how they wrote their sparse, eclectic soundtrack, which makes for the perfect accompaniment to Wheatley’s distinct brand of trigger-happy carnage.

Salisbury: I think it was through ‘DROKK’ [the not-quite-soundtrack album made from material intended for use in Dredd, which ultimately went unused when Barrow and Salisbury left the project]. Ben wrote a tweet saying that he’d love to see a film with that as the soundtrack. Then Ben saw Portishead, and after one live ‘DROKK’ gig we watched Sightseers, so it was sort of coincidence. Around the same time he got in touch through Twitter.

On Wheatley’s original plan for an Ennio Morricone-style score

BS: The script was right up our street as were all the musical influences we talked about – The Driver, Escape from Alcatraz, The Taking of Pelham One Two Three – all those big brassy ’70s scores. So we wrote a couple of big brassy ’70s-style themes and Ben loved them. It was only when we turned up on set… Ben does this thing where he literally gets an edit as he’s going. He has this very rough edit at the end of each day, and he put some of our music on it and we sort of looked at each other and, even then, we thought, ‘I don’t know if this is right now’.

GB: It felt like it kind of worked, but when we saw the colour palette and the realness of the mid-’70s setting and the characters, we realised it was far too cool. That music can be quite heroic and intelligent and it was absolutely the opposite of that. The characters in the film are absolute idiots, really. We needed to write some ‘idiot music’.

BS: There’s a chance that one of those tracks might come out as a bonus track on the soundtrack. If not, we’ll have it up our sleeves if anyone comes to us wanting a big brassy ’70s theme.

On second-guessing the characters’ musical tastes.

BS: Obviously there are supporting tracks, like the John Denver track ‘Annie’s Song’, but the idea was to have ‘bought-in’ tracks that suited the characters. And the funny thing is you don’t have to be massively timescale specific. In the same way that the costume design reflects what the characters would wear, the music is what the characters might listen to. And that, actually, could be anything from the ’70s. Who knows what Michael Smiley’s character would have been listening to? When [executive producer] Martin Scorsese saw the film for the first time, he said, ‘Ben, I love the music you’ve found,’ and Ben said, ‘Oh, no – that’s actually been written.’ That was the best compliment we could have had.

On reconstructing the sounds of the ’70s

GB: We ended up going down a pub prog kind of route. We were influenced by bands like Magma or Camel, and because of where the characters came from, it just ended up being a Belfast pub band.

BS: The other wink to that is there’s quite a lot of classical guitar in there, which also was a big thing in prog around then – that sort of pretension to pseudo-classical grandeur.

GB: That’s probably Vern, isn’t it? A South African drug dealer who listens to pseudo-classical music. You can imagine him inviting some poor young woman round to his pad to listen to that…

BS: We felt like we were the film’s in-house band.

GB: It was Ben’s idea for us to do a cover of ‘S.O.S.’. Clint [Mansell] had done versions of it, so we got together and did it and it worked out. I think he actually contacted Abba and, randomly, it turned out they were fans of Portishead, which is totally brilliant. We never released it because, to be honest, we didn’t want it to be released. We made it for the film and I don’t think, as a track, it works outside of that. I don’t know if Abba have actually heard it. I’m sure they have, to give it clearance. You can do cover versions, but if you mess around with the arrangement that’s when the band can get involved, or you change a lyric or you change a certain amount of bars. If someone does an awful cover version, you can get them to change it, or not do it at all. But if they cover it immaculately in all bar lengths or notes, the artist has no say. We’ve stopped so many atrocious Portishead covers. And we’ve had stuff come through that we haven’t been able to stop which we’ve desperately wanted to.

On their favourite film scores

BS: I definitely couldn’t pick one.

GB: I’ll choose two, if I’m allowed two: Assault on Precinct 13 and The Good, The Bad and The Ugly.

BS: It depends on where my head’s at, but the things I go back to and listen to are Jerry Goldsmith’s Planet of the Apes, Bernard Herrmann’s Psycho, and stuff that influenced me as a kid. That’s probably the most honest answer, it’s whatever has stuck with me and still gives me goosebumps, John Williams’ stuff. The theme from Star Wars still gets me.

Free Fire is in cinemas 31 March. Geoff Barrow and Ben Salisbury’s soundtrack will be available soon via Invada Records.