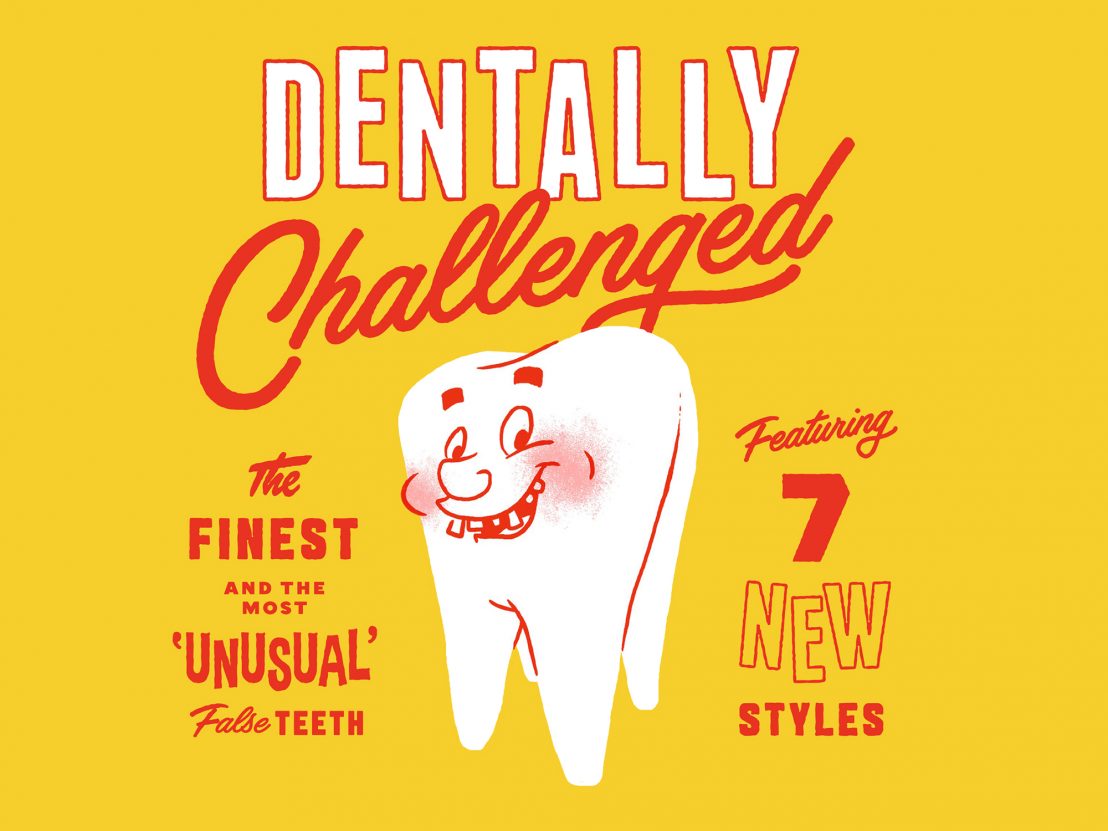 Dentally challenged – the art of creating false teeth for the movies

You may not know the name but you will have seen the work. Gary Archer is an LA-based British expat who works as Hollywood’s go-to guy for moulding prosthetic teeth. His commitment to quality has allowed him to retain his stature within the industry for decades, and any job that involves teeth in any way, shape or form usually finds its way to his door. He makes his own impressions with the subjects and has refused to succumb to the shoddy craftsmanship. Here, Archer tells the story of some of his most marvellous creations. 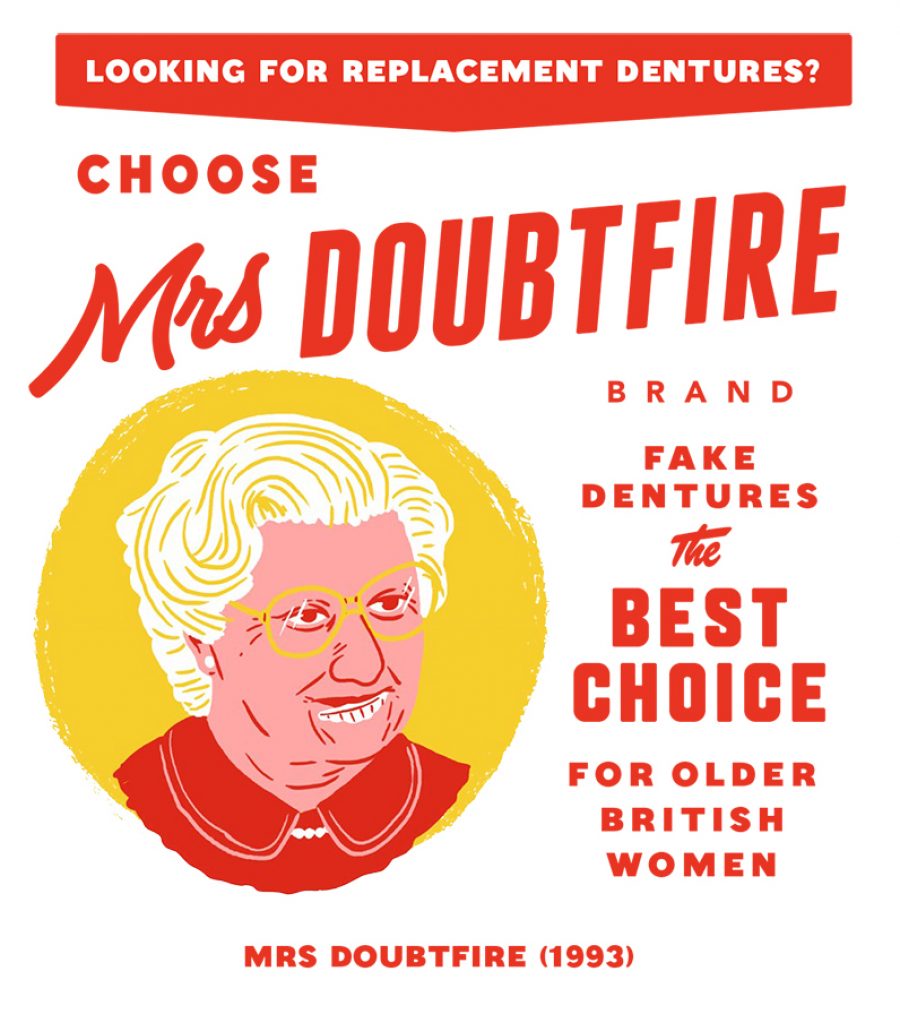 “I was born in London. I came over to the US in 1976 with my father. We ended up in this dental lab. I went to work for my dad in 1983 or ’84, and I was with him… forever. He retired a few years back and I took over the lab and have worked there ever since. We started doing film work in ’94, ’93, whenever it was, and we’ve been going ever since. I apprenticed for five years, learned how to be a dental technician and was quite happy being a dental technician.

“We were contacted by a make-up artist who was referred to us by one of our dentists. They asked us if we could make a set of teeth that would fall out of somebody’s mouth and into a glass of water, and that was one of the first jobs we ever did. It was for Robin Williams in Mrs Doubtfire. They liked what we did, they told someone else, who told someone else. I don’t really have to advertise because my name is out there. It’s been out there for many, many years, and people just sort of find me.” 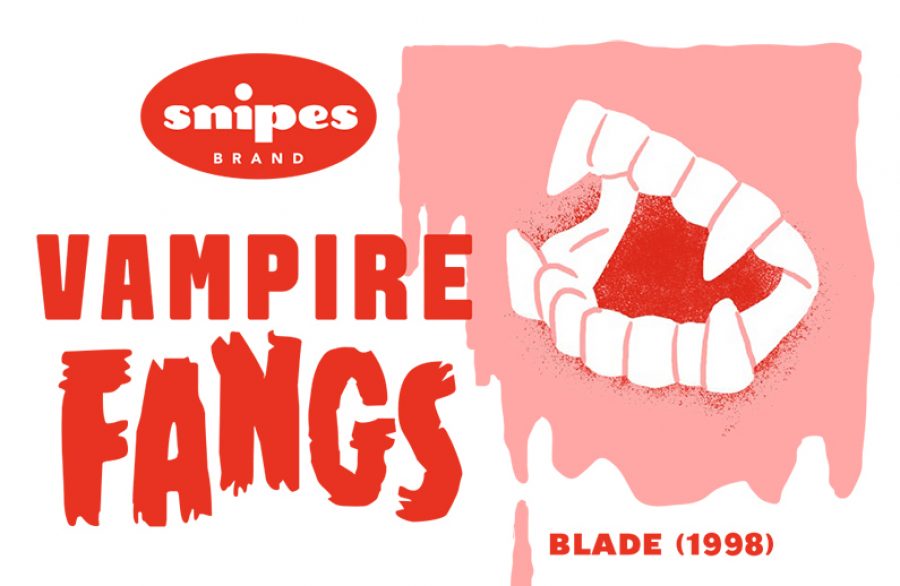 “Making fangs isn’t much different to making normal teeth. Everything is articulated with moulds, so we know exactly how the patient’s jaw connects together. Then we make the fangs accordingly. They look good and can function as fangs, and the actor can also speak with them. That’s the biggest thing – the talent has to be able to speak and act. The key is making teeth that are comfortable and that they can work with. They mustn’t suddenly have a speech impediment. 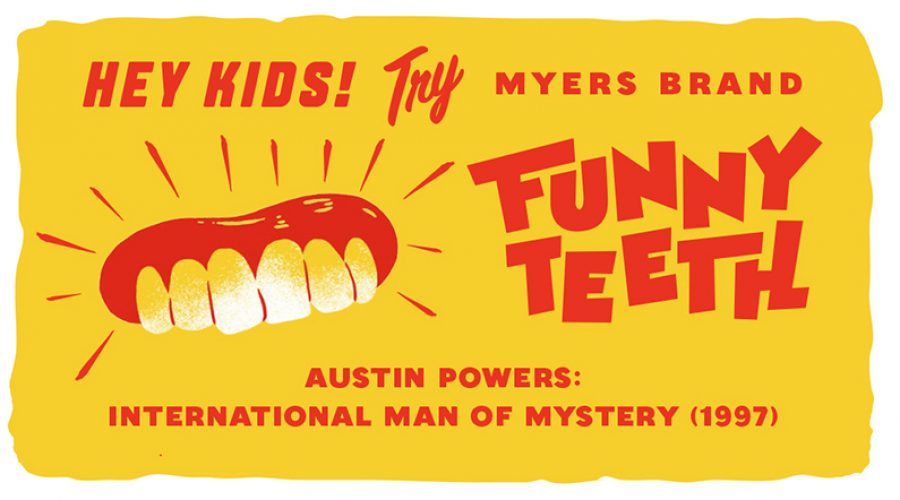 “I saw something on the BBC website, I don’t know whether it was last year or this year, where they were talking about quintessentially bad British teeth. On the page they had a picture of Austin Powers. Someone forwarded that to me, and I said, I think I’m responsible for propagating this myth about bad British teeth. When Mike Myers first came to me on this, he said, ‘I want bad British 1960s teeth’. There’s an English pub out here where I live in the Valley and a lot of English expats are in there. And so I basically looked at a lot of the smiles from the clientele there.

“I just modelled Austin Powers on two or three different people that I used to drink with in this pub. I took pictures, I made sketches and then came up with a design. And straight away Mike loved it. He said that I’d absolutely nailed it. So we ran with it. He made those teeth famous. In the third movie, which is set in modern times, he has his teeth all fixed up. Yet without the real, bad teeth in, he isn’t Austin Powers. He’s just Mike Myers wearing a pair of glasses and a colourful costume, which isn’t the same. So they always made him go back in time, so he could have his bad British teeth again. They were integral to the character.” 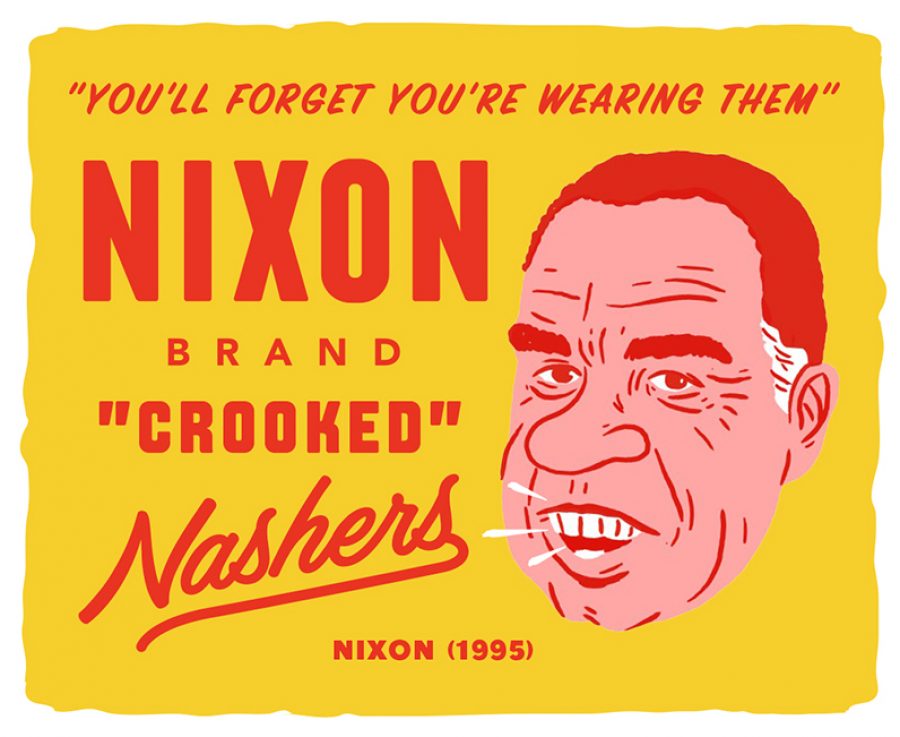 “Which teeth am I most proud of? All of them really. The fangs for all of the major characters in Interview with a Vampire would be one example. Teeth for Anthony Hopkins in Nixon would be another. Making those was interesting. We used pictures of Nixon himself as inspiration. Hopkins, along with the make-up people who designed the prosthetics, described to me what his teeth looked like. His four front teeth were fairly white, his side teeth were fairly yellow.

“They wanted to go ahead and match that, and I said that would be easy. And so we made the teeth for him. He liked them so much he would put them in and forget that he was wearing them. He’d go off for lunch, would eat with them in and shatter them. And then he’d bring them back to me and say: ‘I’m terribly sorry Gary, I’ve broken the teeth’, in that lovely Welsh accent of his. And he’s a lovely man. A lovely, lovely man.” 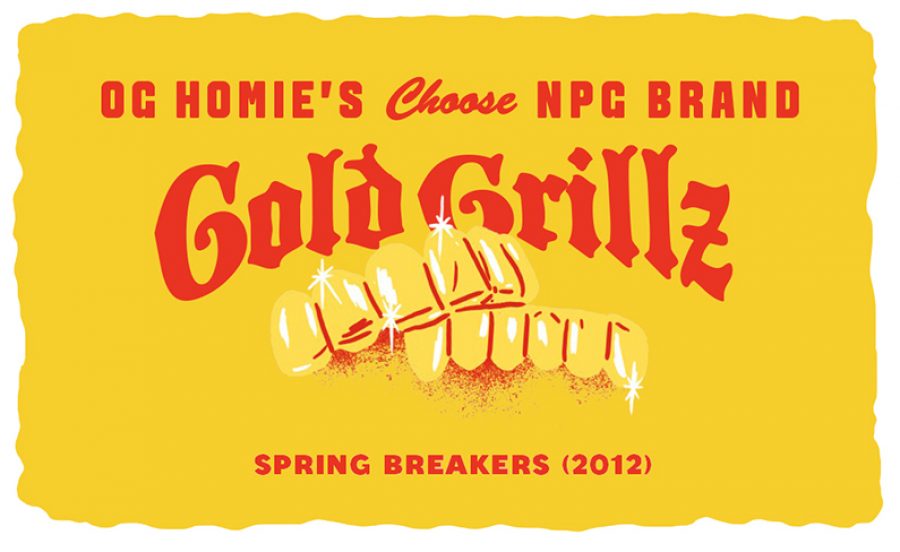 “I worked on Harmony Korine’s Spring Breakers. It was for James Franco. We made some gold grills for him. They were actually a metal casting. Usually you use real gold, but the production company didn’t really want to shell out $2,000 for an ounce of gold at that point, so what we used is another metal that’s called NPG, which stands for non-precious gold. It’s a gold coloured alloy, but when it’s cast and polished it looked almost identical to gold. It just doesn’t have the properties of real gold.” 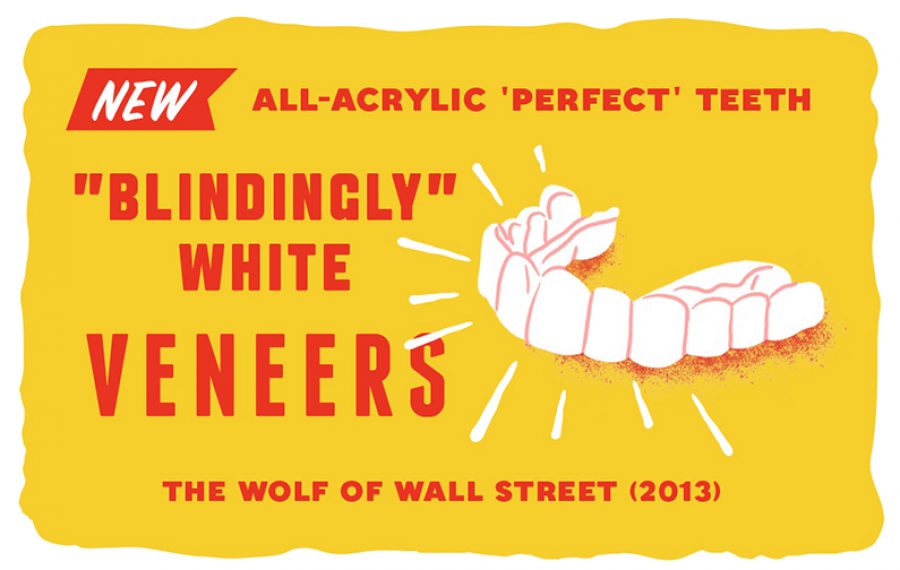 “Jonah Hill, who stars in The Wolf of Wall Street, doesn’t have particularly great or white teeth, but he wanted to have these perfect white veneers for this film. So we made him perfect white, straight veneers. Blindingly white. All acrylic teeth come in different colours. It’s the same acrylics that we use for normal dentures and things like that, so we just used the same material and colours that are found in the dental industry. We try to stay away from paint and things like that because that type of stuff is not necessarily health-safe.” 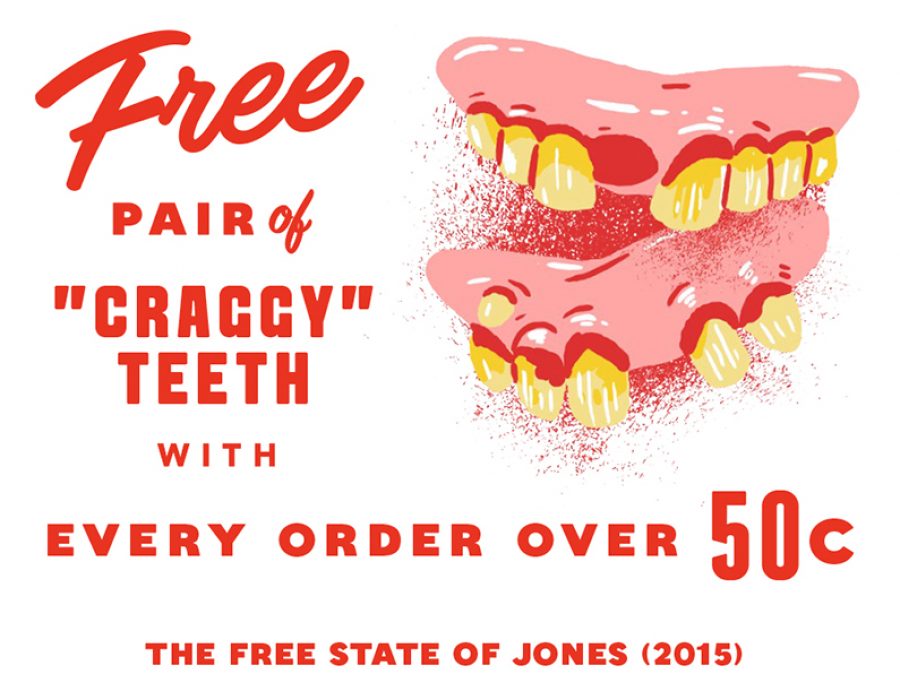 “I recently did a set for Matthew McConaughey in Free State of Jones. He was wearing prosthetic teeth in that film to make them look like they were not his own perfect, white Hollywood set. That’s one of the problems: all the Hollywood A-listers have got absolutely perfect teeth and they look way, way too perfect to be believable. Especially if they’re playing a Civil War officer in the 1860s. So what we have to do is make the teeth look regular, make them look 1860s. If you look at the pictures, you can see that they look very un-Matthew McConaughey.”