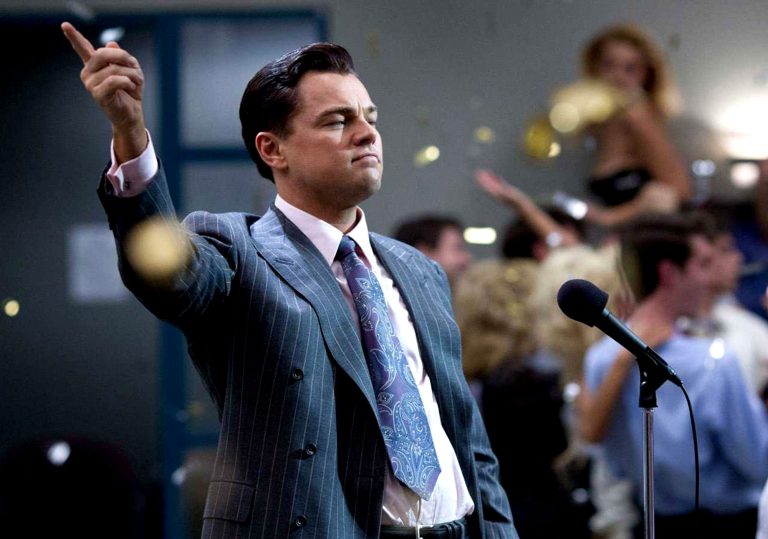 Late period Scorsese is never a sure bet, and advanced word seemed muted.

More than simple fun, this is perhaps the best Scorsese film since Goodfellas.

When at last the vigour of their youth has been exhausted, drained and supplanted by either the wisdom or senility of old age, the cinema’s enfeebled veterans are most often stranded in dreary antiquation, slowly settling in to maturity and the purgatory of their so-called ‘late period’. Kazuo Ishiguro once said that a novelist’s career ought to be thought of “in terms of the length and timing of a footballer’s career”, but filmmakers are rarely fatigued so quickly — even our weariest nonagenarians still muster a feature now and again, pottering about movie sets with an air of mellow sophistication.

And what pleasures do such efforts typically yield? Well, when we speak of late period films, we generally mean those whose manner tends toward the measured and the urbane, those whose sensibility reflects the calm and refinement of the venerably aged — films in the plaintive register of Hayao Miyazaki’s moony, languid swan song The Wind Rises, to cite but one recent example. Such films quake and buckle beneath the weight of their artist’s history. If they seem leaden it is because they are heavy with the past.

But there is another, less common variety of late period film, those which in their vitality and esprit defy the ageing of their maker — films whose history is either digested or divested, purged of its unwieldy weight, preferring instead to sprint lightly toward the new. The Wolf of Wall Street is one such film — perhaps even the such film: a nimble, impossibly jocund thing, it throbs and pulsates with life, eager to sop up the world’s generous excess. This is a film of extraordinary jejunity; its manner is raucous, sprightly, unhinged. It barrels through its 179-minute running time, spending scarcely a moment in repose, sprinting there and back without any need for breath or pause.

The story is almost classically tragic — based on former millionaire Jordan Belfort’s memoirs of the same name, it’s yet another film about the corruption of the American Dream, playing out as if it were the Scarface of stockbroking — and yet the tone has been rendered unrelentingly comic, almost fantastic, making this an epic of the lightest touch. Martin Scorsese is 71 years old. Based on The Wolf of Wall Street, he might as well be 25. The late period has never seemed quite so young.

Certainly Hugo didn’t suggest Scorsese had anything so vernal left in him — though it was of course very accomplished and deeply felt, the film was about as fusty and old-fashioned as they come. Hugo seemed in some ways like a gesture of deference to posterity, as if toward the end of his career he felt compelled to nail down his love letter to the movies for the sake of the historical record. And, with this respectful ode to cinema’s forebears out of the way — and, I think not insignificantly, with his long-awaited Academy Award for Best Director already safely tucked away — Scorsese has been duly liberated at last from the implied obligations of prestige, freeing him to lose himself in unbridled (and, in this case, apparently rather prodigal) personal expression.

The result is something considerably closer, in both spirit and temperament, to his ‘minor efforts’ of the 1980s, in particular the manic pleasures of After Hours and especially The King of Comedy — two ostensibly frivolous films whose reputations suffered unfairly in comparison to more serious endeavours like Goodfellas and Raging Bull, a fate which may well befall Wolf in turn.

Well, it seems that between After Hours, The King of Comedy and The Wolf of Wall Street, Scorsese has proven himself as much a master of comedy as, say, crime drama or the mafia picture, and perhaps it’s time we begin to reevaluate this dimension of his style. While Wolf is indeed a sprawling, staggering work, grappling with contemporary anxieties and the modern condition with intelligence and maturity, the first quality for which it ought to be praised is its humour. Its excellence in other areas aside, this is plainly among the funniest films of the year — ribald, riotous, ridiculous.

And that, of course, is precisely the point: the film isn’t about the social corruption which permits men like Belfort to thrive so much as our cultural need to see and enjoy them do it — so it only makes sense that his journey gratifies vicariously. When he brags, early on, that he deserves the money he swindles because he “knows how to spend it better”, you get the impression that the same could be said of Scorsese: only a man who’s lived the high life could so thoroughly conceive of its celebratory depiction.

Part of the joy of The Wolf of Wall Street the candour with which it addresses its subject’s flimsy charm and charisma.It never stoops to the wrist-slapping of simplistic castigation: this isn’t intended to be a damning portrait of an immoral man. The point is not to prove that Jordan Belfort is a bad person. Rather, he is an amoral one: a man so removed from questions of meaning and purpose that the pursuit and process of making money eclipses the why and what for. It’s important that we’re never shown whose money Belfort is stealing. We’re just shown that he spends it better.

Late period Scorsese is never a sure bet, and advanced word seemed muted.

More than simple fun, this is perhaps the best Scorsese film since Goodfellas.