Stanley Kubrick’s final film contains a thinly-veiled critique of the vulgar excess and materialism of Christmas. 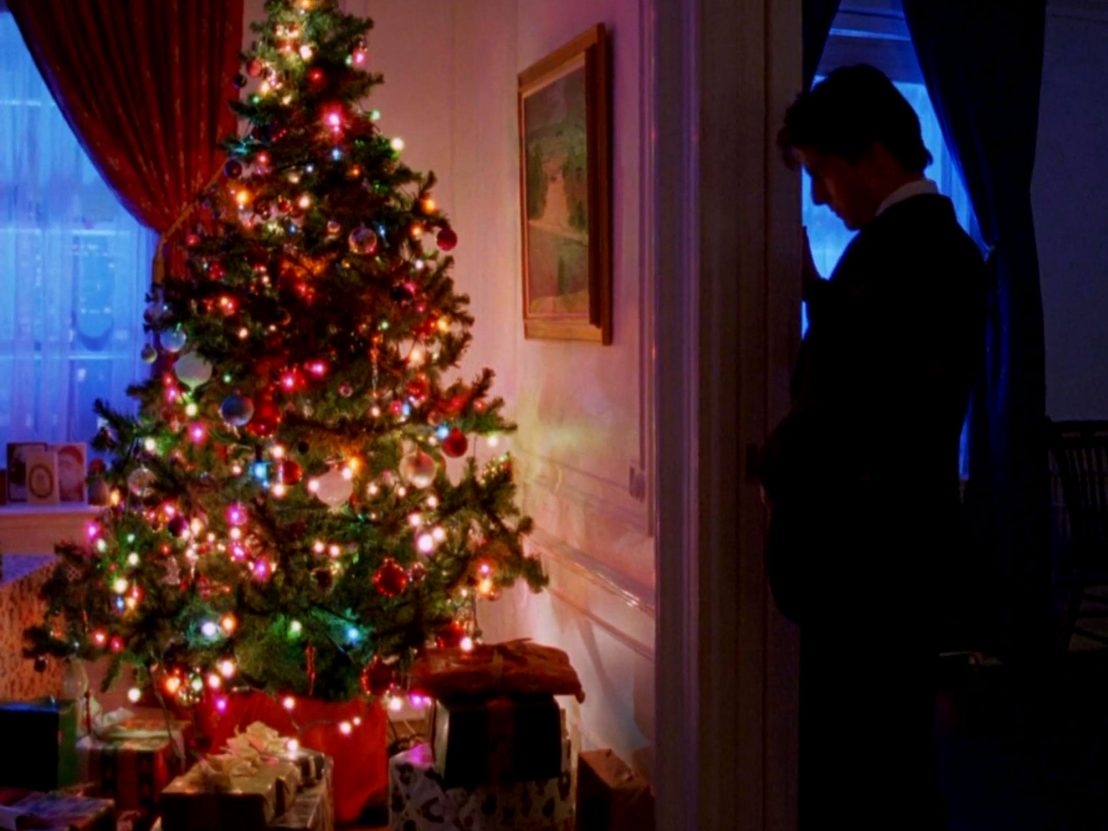 One chilly winter’s night, Dr Bill Harford (Tom Cruise) strolls the glimmering streets of New York City with no particular destination in mind – his aim is simply to stay away from his upper-class Central Park West apartment for as long as possible, where his wife, Alice, and the depths of her salacious mind, awaits him.

Following a sexually charged argument between the two of them, Bill leaves Alice late in the evening to tend to the bedside of a deceased patient. After sharing an awkward romantic moment forced upon him by the dead man’s daughter, Bill allows his evening to unfold before him like an aimless dream, the path of which is adorned in tinsel, red bows, and lit by the warm glow of Christmas lights.

Meant to lull you into a false sense of security with its sedate atmosphere – thanks in no small part to cinematographer Larry Smith – the relationship between Stanley Kubrick’s final film and the most wonderful time of the year might seem, on the surface, entirely out of sync. The film appears to blur the line between fantasy and reality while commenting on the veiled depravity of societal elites; on sexual repression; on old money versus new money; on how evil rules the world, and there’s nothing any of us can do about it.

Bill’s Odyssean voyage continues at a jazz club where he catches up with an old college buddy, who reveals that he plays piano at an exclusive, highly secretive sex club. Intrigued, Bill persuades his friend to give him the codeword that will gain him entry into a world of mystery and masochism. By using Christmas as its backdrop, however, Eyes Wide Shut’s narrative runs parallel to a different, though similarly ominous, cult.

There have been various interpretations of Kubrick’s decision to set his film in New York over the holidays (Arthur Schnitzler’s 1926 novella ‘Traumnovelle’, on which Eyes Wide Shut is loosely based, takes place in Vienna during Mardi Gras), from the ‘rejuvenating symbolism’ of Christmas as a religious festival, to simple technical choices. Some have even read into the film’s depiction of Christmas trees and the way materialism is shown as taking precedence over the spiritualism of the season.

In his essay for Reverse Shot, Michael Koresky notes that, “Christmas peeks from every corner of practically every scene, with trees both skeletal and verdant baring twinkling colored lights; yet no one makes mention of Christmas other than to remind each other of the shopping that needs to be done.” 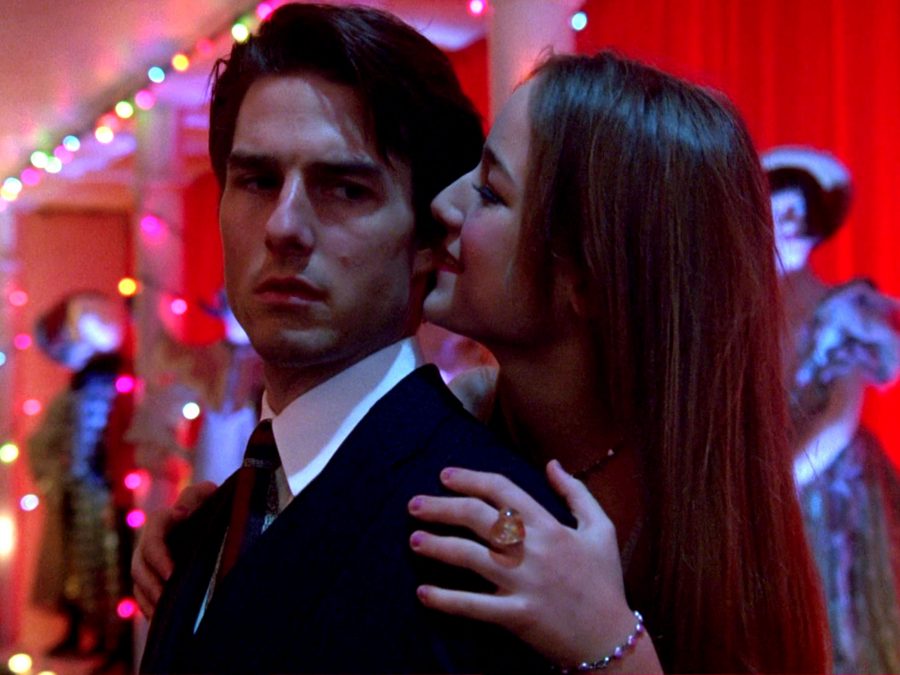 Indeed, the rotting fruits of capitalist consumerism are laid bare during the quiet class warfare of Christmas, emphasised here by Bill’s vast wealth and strictly transactional existence (the first words he utters in the film are: “Honey, have you seen my wallet?”). He carries cash in order to cover any costs incurred in the spur of the moment, foots the bill of prostitute Domino (Vinessa Shaw) despite having to leave before engaging in any sexual acts with her, and rips a $100 bill clean in half to assure his cabbie that he’ll pay handsomely if he waits for Bill while he checks out the orgy mansion.

The film is bookended by two extravagant Christmas scenes: first, the luxurious holiday party thrown by Bill’s wealthy patient Victor Ziegler (Sydney Pollack); and finally, the Harfords following their daughter Helena (Madison Eginton) around an enormous toy store while she points out gifts she’d like Santa to bring her. All the while, the manufactured lustre of Christmas permeates every scene – except, that is, within the cult, where the only decorative flourishes are the claret hues of the carpeting and the cult leader’s cloak. The outside world is already swathed in the drapery of one form of zealous, ritualistic worship – what need is there to bring it in another?

Though the controversy didn’t truly begin until six years after the film’s release, suggestions of a perceived “assault on Christmas” can be traced back to 1959. The so-called ‘War on Christmas’ hit a nerve with a particular subset of conservatives who felt that their Christian values were being undermined by the growing calls for progressivism and diversity among representations of annual festive traditions, and their fixation on this idea has only intensified over the years.

Thus, in Eyes Wide Shut the overloaded, obsessive influence of Christmas on everyday life should be viewed as suffocating more than whimsical. In December 2020, with much of the Western world adored in wreaths and twinkling lights as shoppers queue eagerly outside department stores despite the global pandemic, the pairing of a fetishistic cult with Christmas seems all the more satirically astute. After a certain point, one has to wonder if Bill is being stalked by shiny trinkets as much as the cultists he enrages.

In the film’s final scene, Bill and Alice discuss the consequences of Bill’s dangerous twilight excursion, of their secrets and lies, and how they can move forward in spite of it all. Meanwhile, they trail little Helena, impassively taking note of her wish list. All around them, the sights and sounds of a massive toy store practically swallow them within the scene. The swarm of chattering shoppers bearing newly purchased gifts, the endless strings of candy-coloured lights, the rows upon rows of stuffed animals stacked on top of one another and spilling off shelves, the inane jingles that threaten to overpower their words.

It’s a poignant juxtaposition: Bill, having freed himself of the burden of his secrets and opened himself up to Alice, remains trapped in another way. In fact, both of them are trapped. Trapped by a world controlled by elites, and by money, and hedonism, and ho ho hos. Only out here, the man in the red cloak is Santa Claus. 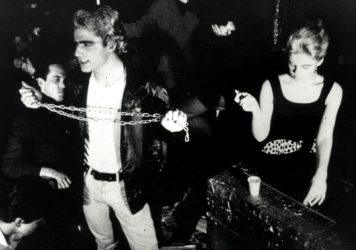 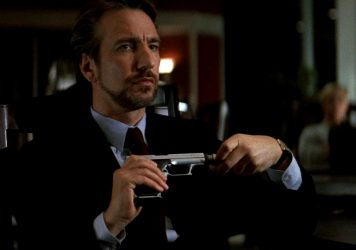 Is Hans Gruber the ultimate cinematic embodiment of capitalism?