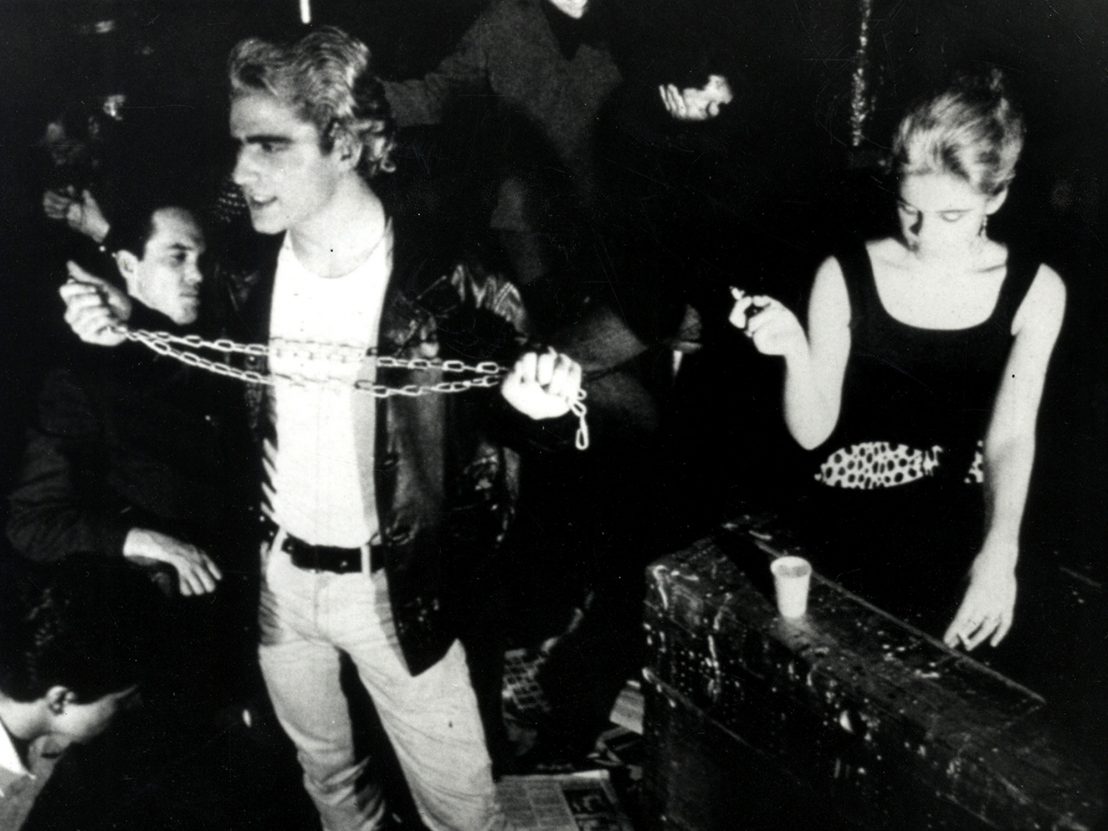 Stanley Kubrick’s adaptation of Anthony Burgess’ 1962 novel ‘A Clockwork Orange’ was famously withdrawn from UK cinemas in 1973 at the director’s request. The film acquired cult status during its quarter century of unavailability and remains synonymous with the original book – yet Kubrick’s A Clockwork Orange was not the first screen adaptation of this classic dystopian satire. Six years before Kubrick’s version was released, Andy Warhol used Burgess’ text as the basis for his own feature, Vinyl. Examining these adaptations side by side reveals many contrasts.

Vinyl and A Clockwork Orange open on a similar note – an extreme close-up of the protagonist’s face as he stares directly into the camera – but diverge significantly thereafter. There were some practical reasons for this: there is some dispute over whether Warhol formally obtained the rights to adapt the book; according to some sources he paid $3000, while others argue his endeavour was unauthorised. This is often cited as the reason for changes to character names and events, including the protagonist Alex being renamed Victor. Warhol’s use of time and location is also radically different: Vinyl largely takes place in a nightclub, with the artist-filmmaker condensing the time and space of the novel so that multiple events occur simultaneously in the same room.

Running at 70 minutes (almost half the length of Kubrick’s version), Vinyl is as loose, unrehearsed and improvisational as A Clockwork Orange is meticulously stylised and controlled. Warhol’s camera is mostly stable in Vinyl, the entire film consisting of only a handful of extended takes, in contrast to the lens of A Clockwork Orange which moves and pursues its characters relentlessly in shot after shot. The films also differ in their use of colour, as signalled by their respective title cards: Vinyl is in black-and-white, consciously evoking the look of actual vinyl records, while A Clockwork Orange uses a palette of shades as bold as the one in its name.

While music plays a key role in both films, their soundtrack choices bear little resemblance. Vinyl’s club setting features the cast dancing to songs of the era including the Rolling Stones, while Kubrick’s film makes extensive use of classical music, sticking more closely to the source material in this respect by drawing upon the novel’s references to Beethoven. But they do share a significant trait in their insistence on the repetition of music: Martha and the Vandellas’ ‘Nowhere to Run’ plays twice in Vinyl, while ‘Singin’ in the Rain’ recurs three times in A Clockwork Orange.

Interestingly, while Kubrick’s film is the more faithful adaptation overall, the ending of Warhol’s film is arguably closer in spirit to the book’s conclusion. An early draft of the novel ended with Alex changing his mind about his destructive ways, but Burgess’ US publisher convinced him to drop the chapter. Kubrick claimed he was unaware of an alternate ending until deep in pre-production, showing little interest in it: his adaptation concludes with Alex fantasising about more violence. In contrast, Vinyl finishes with Victor hugging the doctor who has been tormenting him and seeming to be genuinely reborn. Though not without ambiguity, this redemptive ending strikes a very different chord to the climax of Kubrick’s film.

Vinyl too was unavailable to view for many years, also at its maker’s request – although in Warhol’s case this was not due to external controversies but a consequence of his decision in 1970 to remove most of his films from public circulation. Did Warhol or Kubrick ever see each other’s adaptations? It seems unlikely, not least because when asked about “underground” filmmakers like Warhol in a 1980 interview, Kubrick was dismissive of the quality of films associated with that movement.

The 1971 version of ‘A Clockwork Orange’ remains the most successful and widely known. Vinyl is generally regarded as the lesser work, and is rarely spoken of in the context of Warhol’s film achievements. Yet together these films are one of the best examples of how two filmmakers can create something completely unique from the same source material.