The director’s passion project is finally back underway. 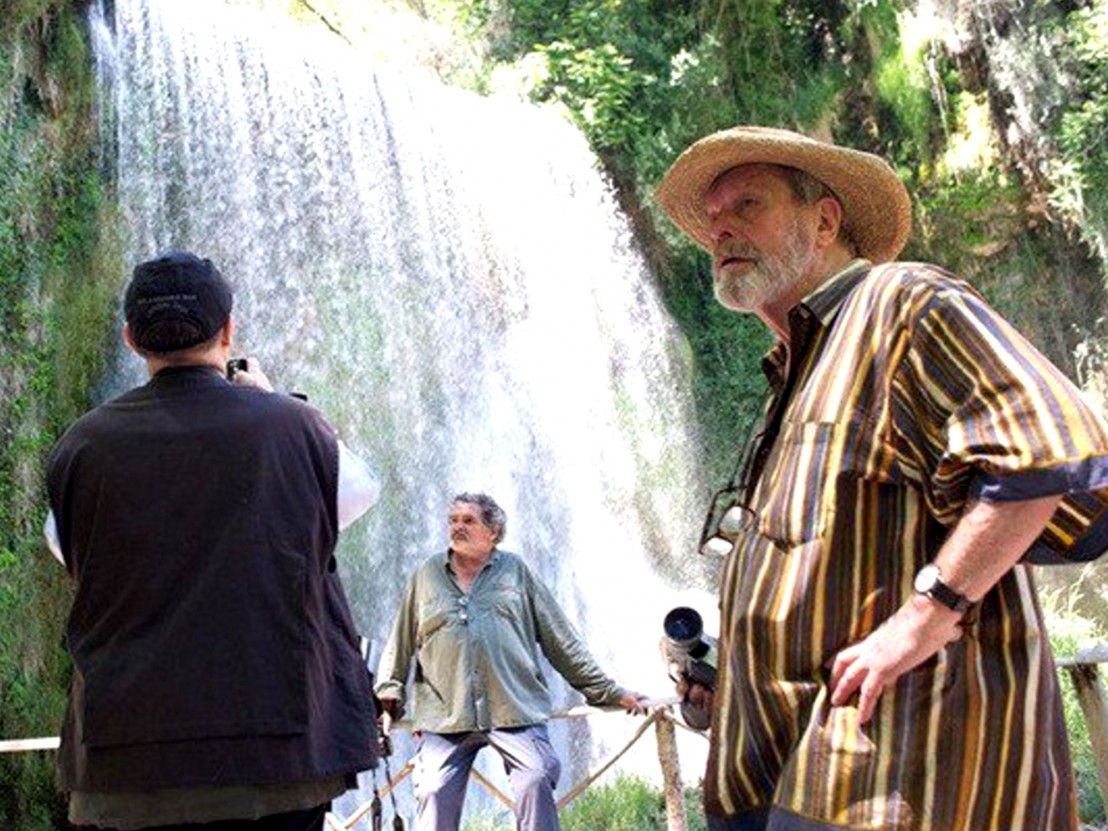 The director of Twelve Monkeys and Brazil has resumed work on his long-gestating ‘Don Quixote’ project. Terry Gilliam recently revealed that he has been scouring Spain for filming locations prior to production getting back underway in October.

Johnny Depp was originally set to play the lead back in 2000, but funding issues and on-set difficulties, namely a flash flood which washed away equipment and changed the colour of the barren cliffs, rendering all the previous days’ footage unusable, appeared to doom the film. An award-winning 2002 documentary called Lost in La Mancha captured the production spiral into disarray.

Then, in 2010, it was announced that Ewan McGregor and Roberts Duvall had joined the cast – but again no further developments were made until May 2016 when, at a press conference at the Cannes Film Festival, Gilliam and newly appointed producer Paolo Branco confirmed they had secure a budget and cast. “I met Adam Driver,” Gilliam said, “who is kind of the guy I have been looking for all these years. And thank god for Star Wars; Adam Driver is bankable and can get us the money we need.” Featuring alongside Driver will be Willem Dafoe, Olga Kurylenko, Stellan Skarsgård and Michael Palin.

The original story by Miguel de Cervantes dates back to 1605, and is widely regarded as one of the earliest canonical novels. In the original, Don Quixote is a dreamer and Sancho Panza is his servant. Due to reading too many romances Quixote eventually loses control of his own intellect. He comes to believe that he is a knight sent to revive the golden age of chivalry. Panza follows his adventure as Quixote’s squire. The novel has inspired many screen and stage adaptations over the years. Orson Welles began his modernised adaptation, simply titled Don Quixote, but passed away before a viewable cut was put together. Jesús Franco reedited and released the film in 1992.

For his adaptation, Gilliam is adding his own contemporary twist. Fusing elements of adventure and sci-fi, Gilliam’s tale follows Toby (Driver), an advertising executive who manages to jump back and forth in time between 21st century London and 17th century La Mancha, where Don Quixote (Michael Palin) mistakes him for Sancho Panza. Gilliam is a visual storyteller whose idiosyncrasies do not always translate well to a wider audience. But fans of the director’s work will be encouraged by his apparent distaste for computer-generated images and commitment to imbuing authenticity through practicality wherever possible: “Strange enough CG doesn’t provide emotion, we still are human beings and there is a sense inside us, we know ok it’s wonderful but it’s not real. I like reality, I want people really dragged into this thing.”

Branco has confirmed that the shooting schedule will consist of five weeks in Spain, four in Portugal and two in the Canary Islands, with production forecasted to wrap in early January 2017, presumably in the hope of having a locked edit ready for Cannes.