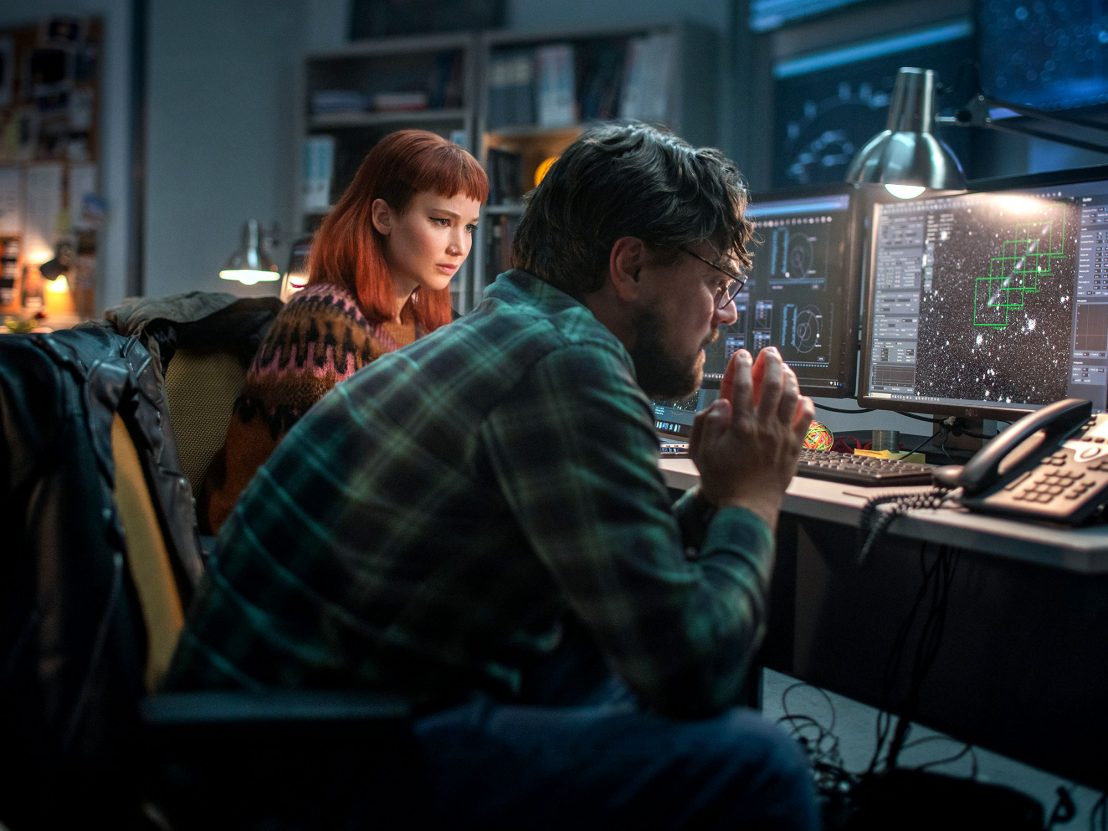 The new film from Adam McKay takes satirical aim at American culture, as an imminent natural threat promises to wipe out millions of lives and the fractured political landscape forms one denialist wing rejecting the impending doom. Believe it or not, this project was written and conceived prior to the COVID-19 pandemic.

All the same, it’s on a wave of unfortunate relevance that Don’t Look Up will soon enter theaters, bringing an ever-more-timely message of alarmism that can be applied to global viruses as easily as climate change. This morning, the first trailer has arrived to offer a fleeting look at what appears to be a disaster movie in the classical sense.

Like the high-budget catastrophe pictures produced by Irwin Allen, this one takes a massive ensemble cast and glimpses the crisis-event through their multitude of perspectives. We’ve got the two astronomers (Leonardo DiCaprio and Jennifer Lawrence) and the scientist (Rob Morgan) warning America of the comet soon to obliterate our home planet, the President (Meryl Streep) and her cotton-headed Chief of Staff (Jonah Hill), a radical youth activist (Timothée Chalamet), some TV personalities (Tyler Perry, Scott “Kid Cudi” Mescudi), and fitting somewhere into all of this, Ariana Grande.

It’s a big swing for McKay, who’s successfully segued into the “mature satirist” phase of his career by focusing on buzzy real-world events, rather than comic parables like this one. While a run on Netflix excuses him from the pressure of attaining hit status at the box office, it’ll be illuminating to see whether the Academy and other awards bodies respond in kind as they did to The Big Short and Vice.

Don’t Look Up will remain a major question mark through the end of this year, having refrained from any festival premiere dates in advance. However it turns out, it’ll command attention – when you hire something like two dozen stars for a movie about how we’re all going to die, that’ll happen.

Don’t Look Up comes to cinemas in the UK on 10 December, and then Netflix on 24 December. 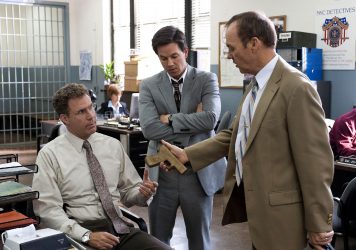 The director reflects on the making of his 2010 buddy cop comedy, and the serious message at its heart. 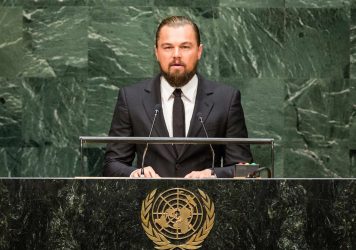 The ultra-conservative Brazilian president has blamed the Amazon’s forest fires on the actor-activist.