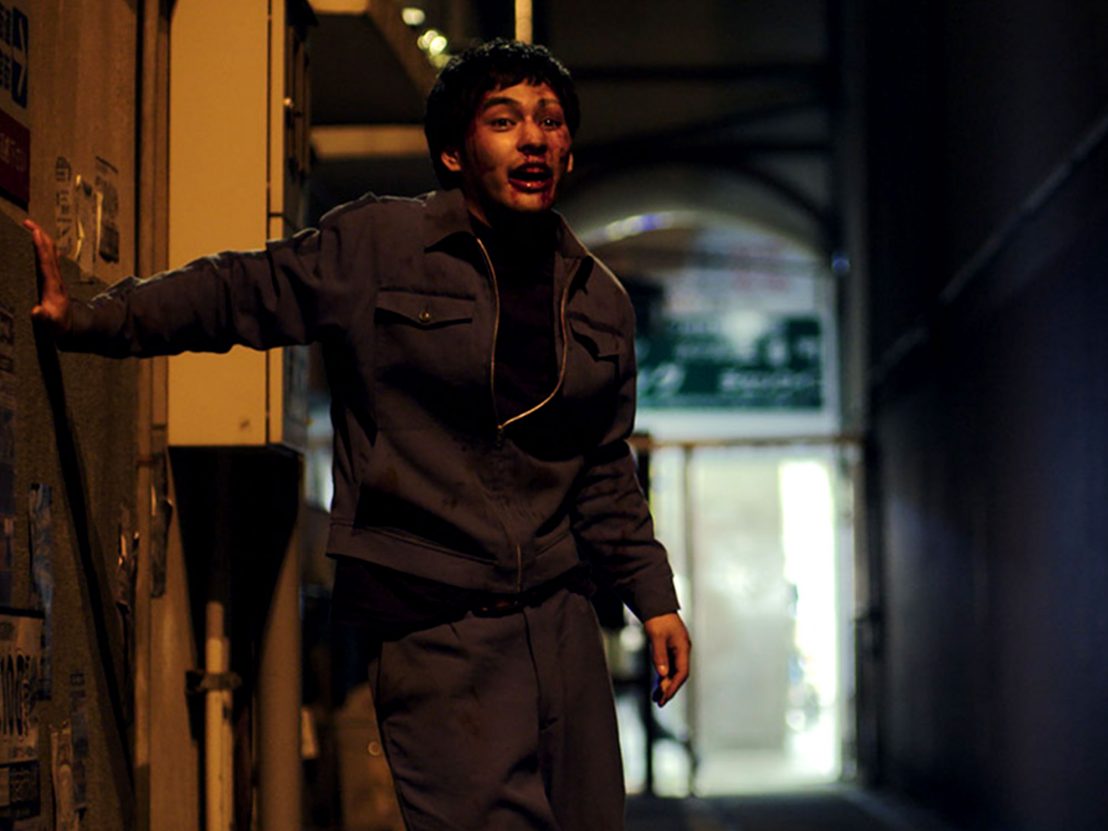 Tetsuya Mariko’s Destruction Babies opens with an audiovisual contradiction: while wide shots of boats in the port at Matsuyama on Shikoku Island are shown in montage, the calm of these images is disrupted by a raucous electric guitar growling with discordant menace on the film’s soundtrack. Once the setting has been established, we see 16-year-old orphaned schoolboy Shota (Nijiro Murakami) enter the scene, sullenly traversing a pier.

He spots his 18-year-old brother Taira (Yuya Yagira) on the shore opposite, and calls to him across the harbour: “Hey bro, where are you going?” Taira can barely blurt out, “I’m leaving town,” before he is attacked by a local gang, and resists their blows with a ferocious vehemence. By the time Shota has crossed the gulf between them, his brother is already gone. Encoded in these opening images are vivid metaphors for youthful anomie, and the pains of growing up.

The rest of Destruction Babies, directed and co-written (with Kohei Kiyasu) by Tetsuya Mariko (Yellow Kid), tracks Taira on his randomly violent path, as he picks fights with one male stranger after another, giving and taking beatings with a silent smile. Taira is disaffection incarnate. A rebel without a cause, making meaningless trouble wherever he goes. Although he seems content to take on the world all by himself, he is nonetheless joined in his brutal crusade by two people whose paths Shota also happens to cross in his vain search for his brother.

Craven, VG-obsessed schoolboy Yuya (Masaki Suda) finds in Taira’s rampage an outlet for his own misogyny and need to feel empowered. And shop-lifting bar hostess Nana (Nana Komatsu), though first taken hostage by Yuya, shows a murderous rage that goes further than anything her creepy captor is willing to do. This trio’s brief crime spree, filmed and mediated, captivates the region.

“We Mitsuyama guys have to be tough.” “The weak keep quiet.” “The strong will triumph.” So boast Shota’s friends as they respond to a Chinese hostess’ observation that the Japanese “are always fighting.” Violence, whether for these young men in their nascent gang, or for the yakuza who run the club, or for downtrodden lone wolves like Taira, is a way of life. 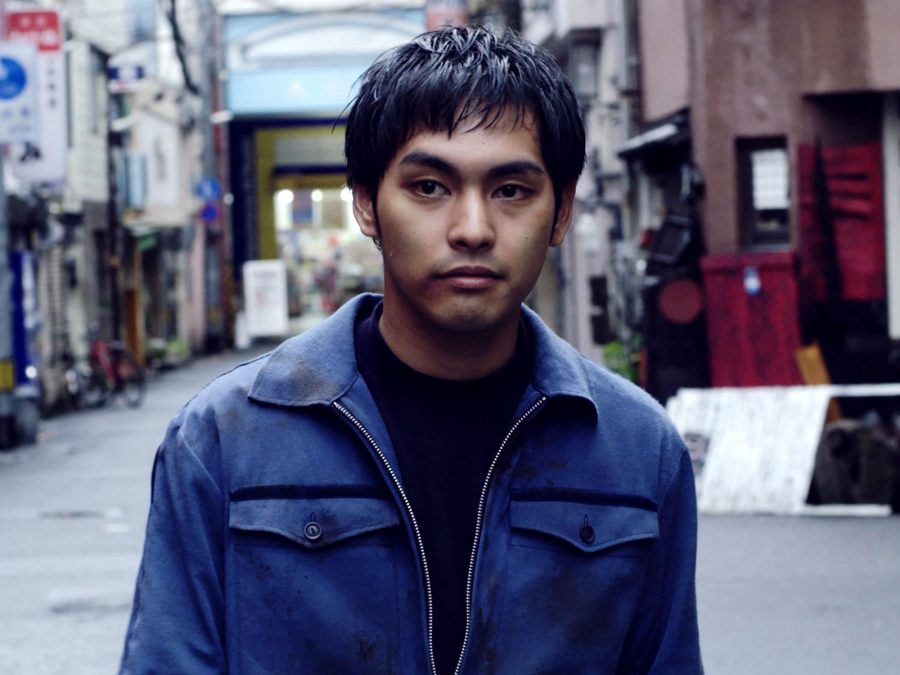 As he drifts ever closer to society’s outer margins, Taira’s conduct may seem irrational and arbitrary, but it is also enshrined and ritualised in local autumn ceremony, the “battle of the portable shrines” – a rambunctious affair in which different teams of men vie to topple one another’s sacred palanquins. “It’s like war,” as Shota’s friend Kenji explains, in words that might equally describe the film’s events. “The cops don’t even care if someone dies during the festival.”

If the “battle of the portable shrine” is a rite of passage, expressly not open to males until they turn 18, Destruction Babies is itself concerned with coming of age: both Taira’s aggressive push into adult independence, and the younger Shota’s quieter adolescent anguish. When Taira runs amok, his assaults on the world seems as endless as they are pointless, bringing to mind Takashi Miike’s epoch-spanning 2004 punch-up, Izo.

Just as the protagonist of Miike’s film is the reincarnated and immortal spirit of a real-life 19th-century samurai-cum-assassin, Taira shares his name with the warrior clan whose 12th-century leader, Taira no Kiyomori was the similarly ambivalent protagonist of the classic epic The Tale of Heike. Taira no Kiyomori also established the shrine on Itsukushima whose Autumn Festival is advertised – alongside Matsuyama’s “battle of the portable shrines” – on a prominent flyer in Destruction Babies.

So, just as his fellow traveller Yuya’s topknot harks back to an earlier age, Taira comes from a long line of Japanese fighters. When he dons his dark glasses, he shows pedigree of a different sort in his physical resemblance to Joe Shishido’s obsessive hitman in Seijun Suzuki’s 1967 cult classic Branded to Kill.

Accordingly, Taira’s wayward wildness gives expression to a destructive aspect of the Japanese psyche that is deeply ingrained in the nation’s history, culture and ritual – a savage, senseless belligerence which can be held down only momentarily before getting back up, as irrepressibly as Taira himself, for the next punch. Presented with this model of toxic masculinity, younger Shota pursues his fugitive brother, while hesitating to follow too closely in his footsteps – and from this messy clash of dissonant motifs, we are left to wonder where Shota, Taira and their country are going. As a piece of raucous rebel filmmaking, Destruction Babies is as disheartening and exhilarating as a recalcitrant teen.

Destruction Babies screens across the UK throughout February and March as part of the Japan Foundation Touring Film Programme, along with a selection of other Japanese titles, old and new, focussed loosely on the themes of “desires, hopes and impulses”. Find out more at jpf-film.org.uk