The Roger Corman-produced Dementia 13 is much more than a quickie Hitchcock ripoff, as this Director’s Cut proves. 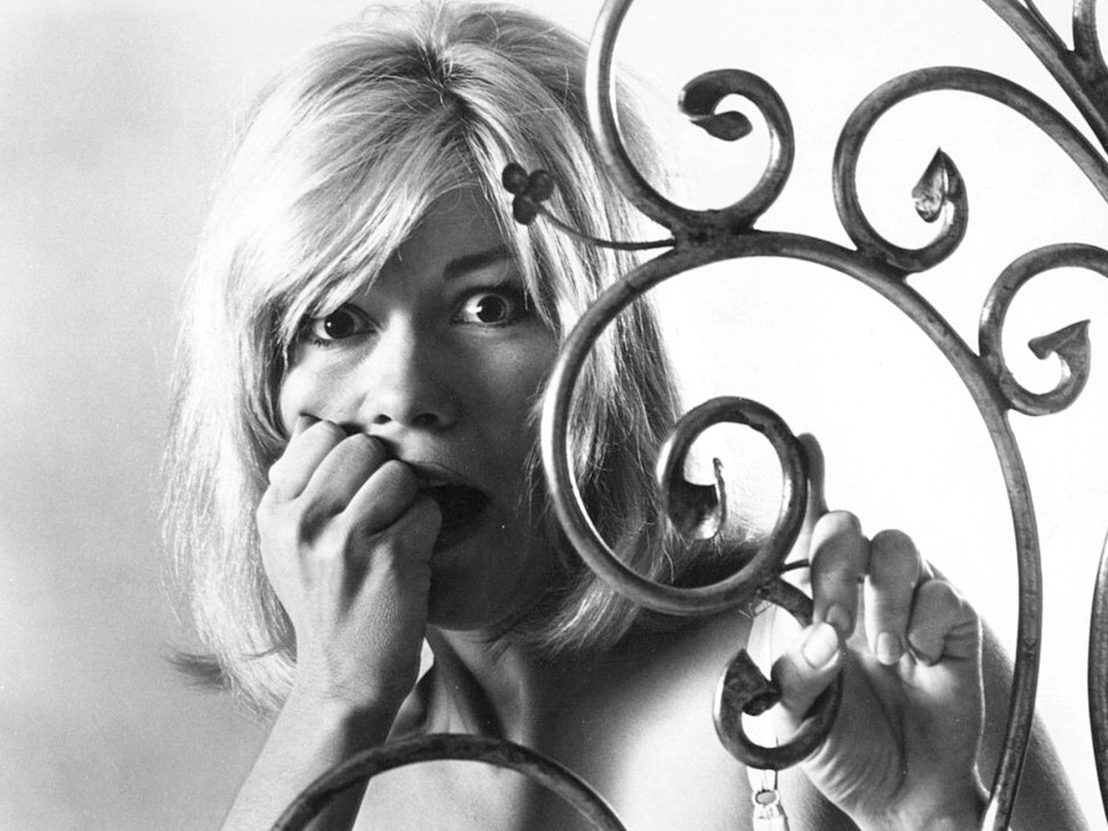 Dementia 13 begins with a drowning. Invited to go to bed by his pretty blonde wife Louise (Luana Anders), John (Peter Read) prefers instead to take his rowboat out alone on the lake at night, with only his transistor radio for company. But Louise insists on joining him. John sees through his wife – sees that she has married him only for a share in the Haloran family fortune, and suspects that she would kill him once she has got her hands on his inheritance.

Sure enough, the gold-digging Louise has come along only to persuade John to petition his mother to change her will. For ‘crazy’ Lady Haloran (Ethne Dunne) has left all her money to charity “in the name of this mysterious Kathleen”. Yet as this brittle pair bicker (with Buddy and the Fads’ rockabilly track ‘He’s Caught’ track playing on the radio), John has a heart attack. Although Louise at first tries to help him, once she sees that he has died she sets a new scheme in motion, dumping his body in the lake.

That might not sound like a drowning – after all, John is already dead before he hits the water – but his fate is an uncanny echo of another incident from seven years earlier, in which Lady Halorans’ young daughter Kathleen had drowned in a large pond on the property of the Halorans’ Irish estate. Indeed, no sooner have we seen John and the still playing radio sink into the murky lake than the semi-animated opening credits show an obviously female figure underwater, drawing an explicit if irrational parallel between the two incidents.

Kathleen’s death haunts the Halorans. Her younger brother Billy (Bart Patton), now a young adult, still has nightmares, while his older brother Richard (William Campbell), a sculptor like his late father, immerses himself in his work and struggles to give his visiting American fiancée Kane (Mary Mitchel) the attention that she deserves. And Lady Haloran, though sharp as a tack, has never got over her daughter’s premature passing, and when the family reassembles every year at Castle Haloran for a commemorative ceremony, she always ends up fainting.

Kathleen’s drowning has sent ripples through time – and in her manipulative legacy hunting, Louise will have to contend not only with the psychologically fraught tensions within this strange and damaged family, but also with the ghostly presence of Kathleen herself, whose images are all over the property. There is also someone else lurking the grounds, armed with an axe and unafraid to kill. 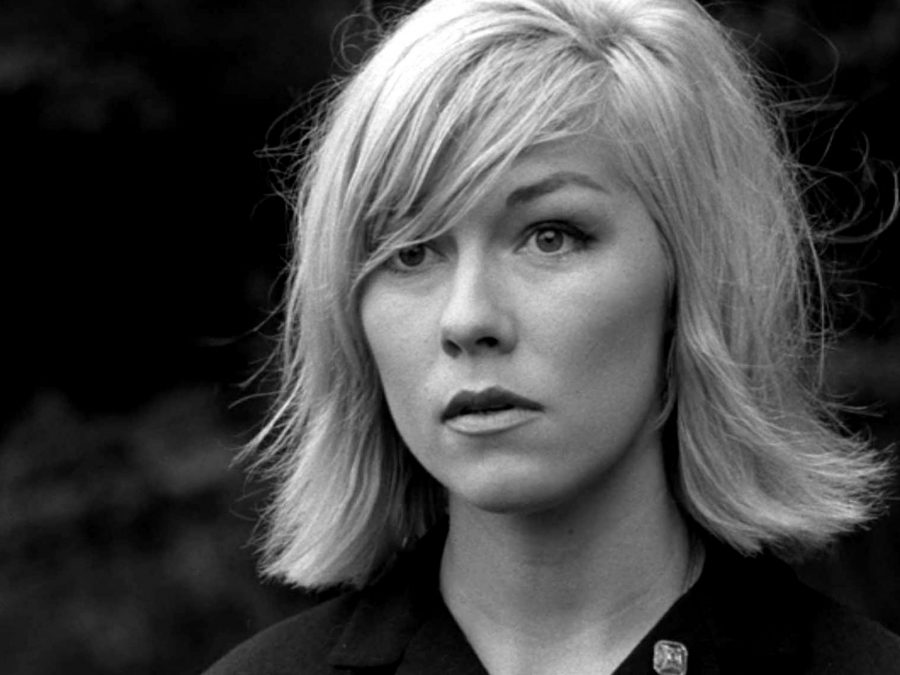 Everyone begins somewhere. In the early ’60s, young UCLA Film School student Francis Ford Coppola had made a few shorts, re-edited several skin flicks for the cash, and had also worked in various production roles with B-movie maestro Roger Corman. When Corman finished production on The Young Racers in Ireland and had a small amount of budget left over, he offered this remainder to his sound man Coppola, with strict instructions to make a quickie Psycho ripoff.

Coppola seized the opportunity, shooting for nine days in Ireland, and bringing over from The Young Racers actors Campbell, Anders and Patrick Magee (brilliant as the Halorans’ eccentric if astute family doctor Justin Caleb). The result was the feature debut of ‘Francis Coppola’ as writer/director. The influence of Hitchcock’s ur-slasher is clear, from the crisp monochrome presentation, to the criminally compromised would-be heroine suddenly and violently killed off at the halfway point, to the presence of not one but three adult mama’s boys caught under the influence of their dominant mother.

Yet there are also some key differences. Not just the superficial change of the murder weapon from knife to axe, or of the location from Arizona to Ireland, but also a far deeper commitment to gothic elements and atmosphere. And there is nobody, in either Psycho or any other film for that matter, quite like Dr Justin Caleb – a wise old amateur sleuth all too aware of his own repellent character. Modern viewers, raised on decades of gialli and slashers, will have little trouble identifying the shadowy figure whodunnit. But there is still real pleasure to be had in wandering these halls of repressed madness, where everyone seems affected in one way or another by the tragedy of Kathleen.

Corman disapproved of Coppola’s finished film, wanting something longer, with more kills and more voiceover work. So against Coppola’s will he hired Jack Hill (yes, the Jack Hill) to shoot an additional axe murder, and Monte Hellman (yes, the Monte Hellman) to film a gimmicky prologue in which a psychiatrist faces the camera and tests the audience on whether they are mentally ready to watch Dementia 13. Fortunately, all these unnecessary, extraneous materials have been lopped off for this leaner Director’s Cut, which begins, as it should, with Coppola’s cold, dark open on the lake, where a family history repeats itself.

Dementia 13 is on Blu-ray 15 November from Lionsgate UK 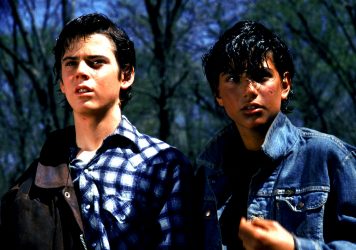 This teenage drama from 1983 is the pinnacle of the director’s career-long obsession with the passage of time. 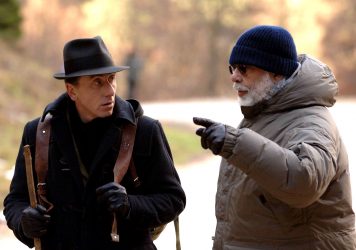 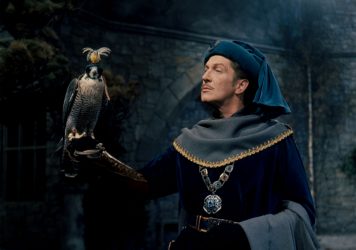 Discover the devilish pleasures of this Roger Corman chiller