Just Keep Livin’ – In praise of Dazed and Confused at 25

Richard Linklater’s seminal high school movie is the ultimate endorsement of living in the moment. 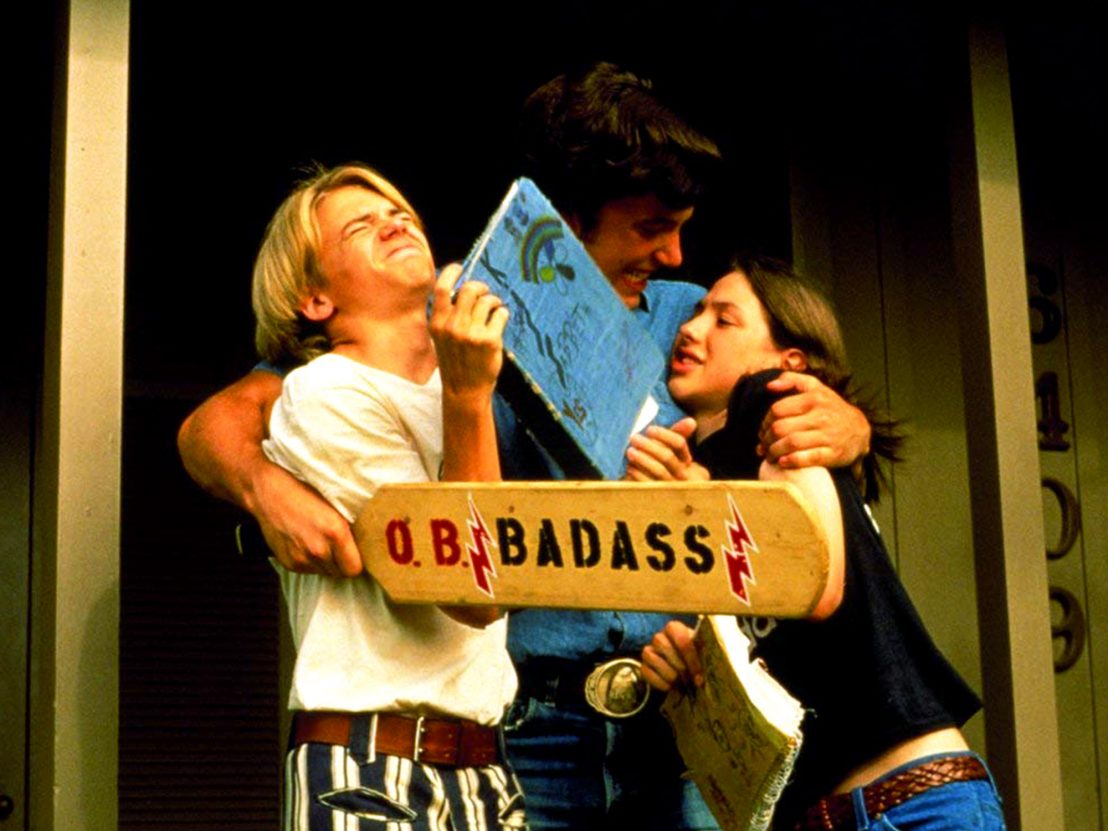 The passing of time is perhaps the defining theme of Richard Linklater’s career. Think of the Before trilogy, which traced the development of the relationship between two lovers at nine-year intervals between 1995 and 2013. Or Boyhood, a coming-of-age drama in which the actor playing the protagonist literally ages from a young boy into a grown man before our eyes.

Dazed and Confused, the writer/director’s third feature, which is now 25 years old, is at the other end of the spectrum in terms of its time frame. Beginning with the unusually precise on-screen text indicating that this is the ‘Last Day of School | May 28, 1976 | 1:05pm’, it is a film suspended in the present, taking place over the course of just one day from a final afternoon in class to the twilight of a late-night party.

It’s easy to overlook the film as an enjoyable but ultimately frivolous high school comedy. It’s true the film is a rollicking watch with plenty of laughs and very low stakes, as characters across a range of cliques hang out, goof about and generally get up to no good. Yet Linklater depicts all this with his trademark humanity and warmth, imbuing his characters’ sometimes obnoxious behaviour (particularly initiation rites carried out by the seniors) with charm as he has done throughout his career (see: loudmouth jocks in Everybody Wants Some!!, self-absorbed lovers in the Before films, a showboating Jack Black in School of Rock, and even Coldplay’s music in Boyhood).

But for all its surface level charms, it’s the way Dazed and Confused subtly explores how time shapes its characters’ behaviour that gives it a depth which still resonates today. These high schoolers are all intent on living in the moment. All anyone is concerned about is what they are going to do that night: quarterback Randall (Jason Loudon) is reluctant to let the dilemma of whether or not to sign a pledge of purity for the football team get in the way of a planned booze- and drug-filled party; the freshmen are preoccupied by how to avoid the seniors and their initiation hazing; and just about everyone’s main desire is to get their hands on more booze or score another joint.

Their attitudes are best summarised by three more self-reflective seniors who are eager to get involved in the kind of revelling they usually pass up on. “Don’t you ever feel like everything we do and everything we’ve been taught is just to service the future?” asks Cynthia (Marissa Ribisi), who goes on to ponder, “What are we preparing ourselves for?” “Death”, is the droll reply offered by her friend Mike (Adam Goldberg), but she takes his answer at face value. “If we’re all going to die anyway shouldn’t we be enjoying ourselves now? I’d like to quit thinking of the present as some minor insignificant preamble to something else.”

The spectre of the future inevitably hangs over Linklater’s film, even as the characters do their best to avoid it. It is, after all, set at the end of a school year, an unavoidable marker of time passing as each student must contend with having grown one year older and advanced to the next step in their education.

The foremost reminder of their not-too-distant futures is the character of David (Matthew McConaughey), a smooth but sleazy party lover who graduated a few years earlier but continues to hang around with the juniors. He’s someone who refuses to move on from the heady days of high school, as expressed in the film’s most famous line: “That’s what I love about these high school girls, man. I get older, they stay the same age”. But with each passing year his presence becomes less and less appropriate – a stark warning of what will become of these teenagers if they refuse to acknowledge the need to eventually grow up.

For us watching, too, it’s impossible not to be aware of the passing of time. As a period piece made in 1993 and set in 1976, every unruly haircut, every retro car, every outlandish fashion statement and every classic rock song played on a tape deck is a marker of how much things change. Watching the film back now, the experience is even more stark – looking at the young, fresh faces of McConaughey, Ben Affleck, Milla Jovovich and Parker Posey, and knowing what became of their careers post Dazed and Confused, adds yet another layer of retrospectivity.

Still, though thoughts of the future loom in the background, the thrill of Dazed and Confused is watching its youthful characters enjoy the raucous high of living in the moment. The closing shot of an open highway from the point of view a car and its young passengers is an obvious metaphor for the way time marches inexorably forward, but crucially Linklater allows his characters the luxury of not having a future.

Unlike so many other coming-of-age classics, from American Graffiti to Animal House, he opts against a ‘where are they now’ style sign off informing us what fate ultimately had in store for the characters. Rather, Dazed and Confused survives as a sealed-off time capsule, where everyone, for the most part, remains joyously rooted in a specific moment in time.