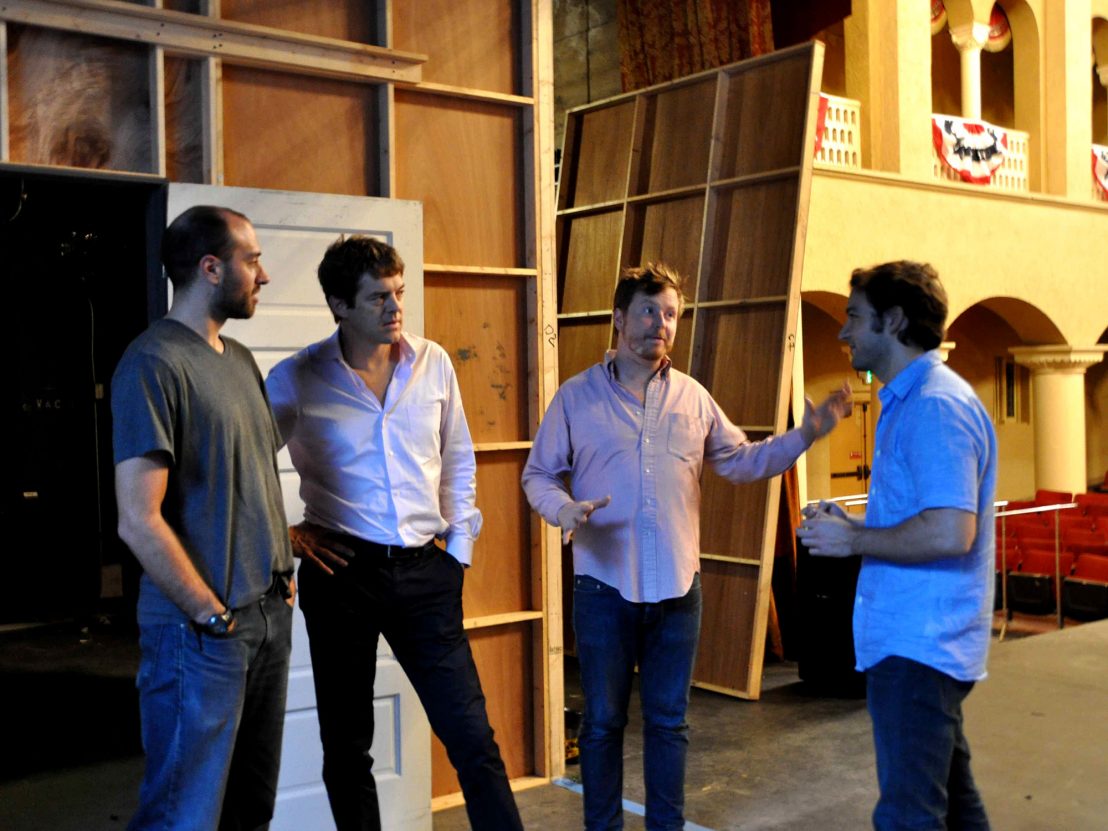 Jason Blum is the sort of producer that other producers want to be. He founded the independent Blumhouse Productions in 2000, and the fourth title that he picked up – a no-budget found footage horror film called Paranormal Activity – saw one of the biggest returns on investment in cinema history, grossing just short of $200m from its original budget of $15,000.

Since then, Blumhouse has become synonymous with quality horror made on a low to mid budget. Its hits have included Insidious, Sinister, The Purge, Oculus, The Gift, Whiplash, Split, and most recently Jordan Peele’s Get Out. Here, he offers some sage advice about how to make it in independent film production.

“I define the Blumhouse philosophy as things that scare us. That probably holds in almost everything that we’ve done. We’re doing a series on Roger Ailes, by Tom McCarthy, who wrote and directed Spotlight. Roger Ailes is very scary to me, so he certainly falls into that. Whiplash has got scary themes in it – it’s about an abusive teacher, so that’s scary. I like the filter of things that scare us, and most of the things that we’ve done fit into that filter.

“What typically happens at Blumhouse is, we make an agreement, and we make the film. It’s very fluid. We have very little in development, we make almost everything that we buy. I wish I could say that’s because I’m a genius – it’s not. First of all, for production, it’s a big company – there’s 60 people in the company, and we only make low-budget movies. So we’re not taking huge risk on the movies, and that allows us to make a lot, and it allows us to make movies that feel very different. Almost everything that we’ve been successful with have been things that were kicked around for a long time, stuff people have passed on. That’s true of Get Out, The Visit, Unfriended, Paranormal Activity and The Purge.

“In Europe it’s common to be more hands off as a producer, but in Hollywood it’s not. Our directors have final say creatively. I always say to the director, ‘I can’t promise you a hit, but I promise you the movie is going to be yours’. In Hollywood that’s very meaningful. The result, I’ve found – which everyone outside of Hollywood has already figured out – is that when you give a director final cut, they’re much more likely to listen. So although they have creative control, we have an enormous amount of input. We do script development, we help with casting, we help with physical production – where you’re going to shoot. The department heads that won the Oscar for Whiplash worked with Insidious, they were horror movie makers. And we’re very involved in the marketing.

“We have a first look deal with Universal Pictures for features. We’ve made 25 movies with them, we have a great relationship – it’s a great partnership. The companies really understand one another, and so in practice it works very easily. On the TV side, we did a deal with ITV in America where they made an equity investment in out company, and we’re now a functioning television studio. We actually finance our own stuff, so we operate completely independently in TV. By structuring the television business that way, it brought the way that we make TV and the way that we make movies into sync, because when we produce a movie we really control all aspects of it ourselves, even though it usually isn’t our money. With TV, we now do the same thing, and it usually is our money.

“If I was running a studio, and I got the script of The Purge, and it was a normal low-budget studio movie, 15 or 20 million dollars, I would never do it. Get Out, same thing. And the reason both of those movies didn’t get made by others who had previously passed on them, was that they were actually budgeted at higher numbers. To me, that’s where the budget has a direct correlation to the creative. The Purge was an insane thing – before it existed it was totally a politically risky thing to do. Lowering the budget takes the risk out of it. The Purge cost three million bucks to make. Get Out was four-and-a-half million. So even if somehow tonally those movies were wrong and they were offensive, you could take them straight to VOD or whatever, and you might lose a little or break even, but you certainly wouldn’t lose a lot. That’s the key to how we do movies that are politically subversive and ‘risky’.

“Right now I’m very excited about the new movie by Chris Landon, Half to Death, which is like a scary version of Groundhog Day. That’ll come out before the end of the year. And we’re very excited about Insidious 4, which comes out in January. On the TV side we’ve got the Purge TV series, and the Roger Ailes series on Showtime. You can’t repeat success. You have to reinvent to continue to be successful. I’m very conscious and mindful of trying to do that all the time as we move forward.”