Arsenal: All Or Nothing and the football documentary boom

As Amazon's latest Premier League doc airs, how much do these prestige football docs really tell us about the beautiful game? 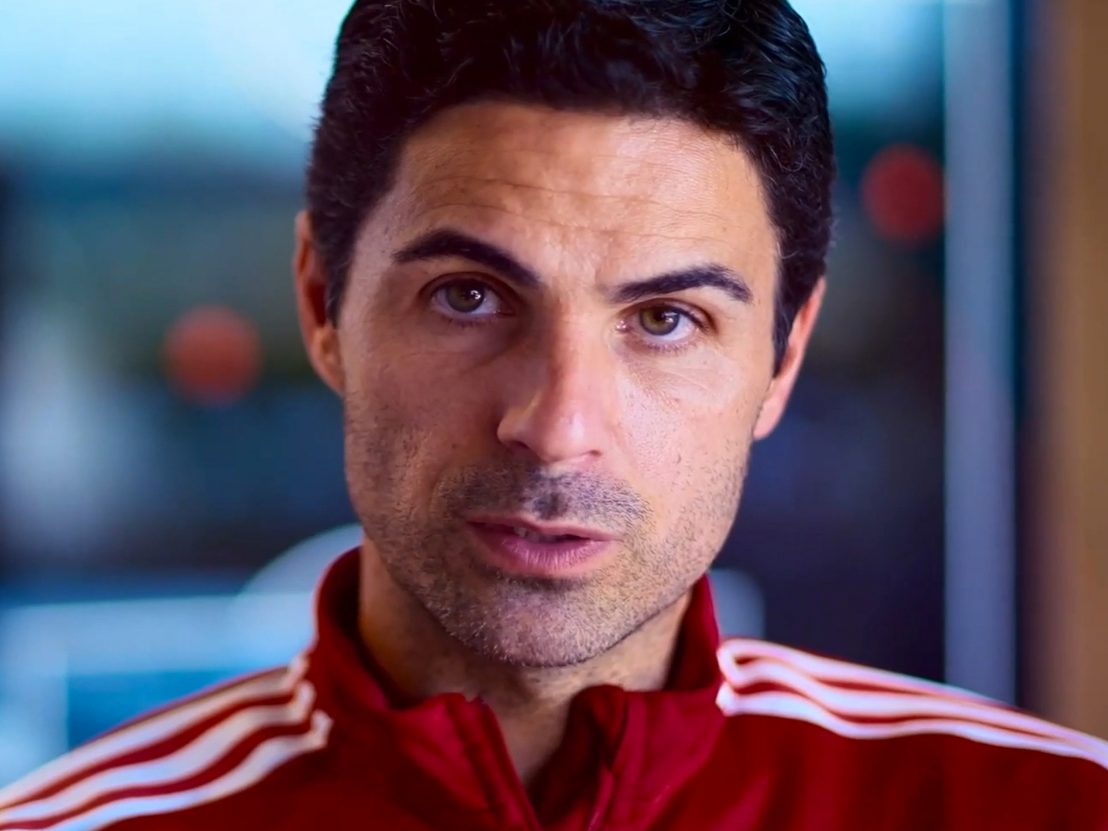 Even cursory followers of the Premier League would likely have been aware of Arsenal’s disastrous start to the 21/22 campaign – winless and goalless after three games, the North London side languished at the bottom of the table. What gave this beginning, their worst start to a season in 67 years, an extra frisson of gallows fascination was the knowledge that Amazon had brought their cameras to the Emirates for the latest in their popular All Or Nothing series of behind-the-scenes football documentaries.

Football is the most popular sport in the world whilst the English Premier League is the richest, most popular league – a new rights deal signed for the beginning of the 22/23 season will purportedly see the league bringing in £10.5 billion for the next three years, with this year’s winners earning £176 million in prize money. Having recently celebrated its thirtieth anniversary, the demand for the Premier League shows no signs of slowing down. When allied to the almost infinite landscape of social media, competition amongst streaming services and clubs with one eye perpetually trained on global markets, it’s clear that content is king and that the only way to sate consumers’ insatiable appetite is in creating ever more of it, going to areas that are difficult to access, even in this age of ever-present communication.

Although it is Italia 90 that is widely credited for sparking a renaissance in English football culture, it was England’s campaign to qualify for the successive World Cup in the USA four years later that arguably delivered the grand antecedent of the football documentaries we have today. The Impossible Job, Ken McGill’s contribution to Channel 4’s pioneering documentary strand Cutting Edge remains astonishing in its intimacy to the subject, following as it does Graham Taylor’s ultimately doomed campaign to lead England to the 1994 World Cup. The film featured an incredible use of pitch side audio (Taylor’s remonstration with an official over a penalty not given, “The referee’s got me the sack!” is pathos of the highest order), whilst its depiction of the confluence of media and fan pressure within football is ever prescient.

The early-90s handheld aesthetic of The Impossible Job could not be further from the slick drone-assisted package of an All Or Nothing, and one suspects neither could its freedom of expression, with multimillion pound clubs content to allow cameras within their four walls, albeit with a large degree of creative control over how they are depicted. It’s certainly something that was not the case with Mat Hodgson’s The Four Year Plan, a story of how a group of investors aimed to rescue Queen’s Park Rangers from the brink of liquidation and back into the riches of the Premier League that has the serendipitous dramatic quality that, as also evidenced by the likes of Ondi Timoner’s Dig! and the Edward Snowden epic Citizenfour, would have any documentary maker shaking their hands with glee.

The Four Year Plan, which was once described by The Guardian as “the most vivid insight into the running of a football club yet committed to film”, opens with the disclaimer that the bosses “did not control what ended up in the film” and the result is a coarse embodiment of the tangled relationship between extortionate sums of money and the emotional bond with a club that is the core of the beautiful game. It remains the only football documentary, to my knowledge, that sees one of the club owners exasperatedly watching a player and openly shout that they “want to fucking sell this idiot!”

The perception that every player is now so social media savvy – although Paul Pogba’s vacuous The Pogmentary, another Amazon production, resembles one long TikTok video and is the nadir of this recent documentary vogue – is another significant reason to account for the rise in behind the scenes documentaries, whose unique angle is that they can purport to show the ‘unvarnished’ view of what happens within the walls of some of the most famous British clubs, away from the PR-assisted Tweets and scripted promos. 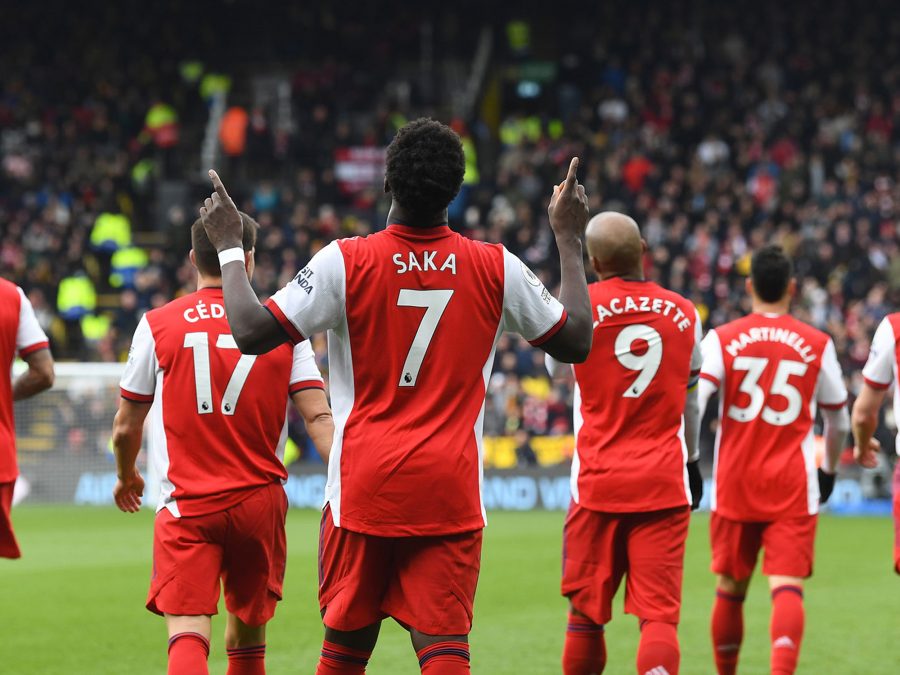 All or Nothing: Arsenal, has its own moment of serendipitous drama, that of Pierre-Emerick Aubameyang’s disciplinary troubles which, in the season’s (and show’s) most startling event sees the club’s star player and main goalscoring threat excluded from the squad and ultimately sold to Catalan giants Barcelona. At the time it was a saga that caused consternation amongst the fanbase, torn between supporting the line of upholding the club’s values to the realisation that without his goals the club may not achieve its desired level of success. The scenes depicting the fallout and negotiations with lawyers are genuinely startling and help put a fresh perspective on the events.

Elsewhere All or Nothing: Arsenal manages to weave in a few touching sub-plots such as Bukayo Saka’s emergence from the victim of racist abuse, following his penalty miss for England in the Euro 2021 final loss, to one of Arsenal’s pivotal players. Saka is indeed one of the stars of the show; when he’s not scoring a vindicating penalty against Chelsea he’s doling out presents to the Arsenal staff dressed as Santa. The focus on key players throughout is also enlightening and puts a new perspective on their performance during the season, though the documentary cannot fully escape the dramatic inertia that often besets these shows, settling into a rhythm of match – dressing room – recovery that mirrors the season’s beats but may be of less fascination to the casual viewer. Things reach an impressive level of banality as we watch Alexandre Lacazette discuss shopping at Ikea; Gordon and Parreno’s Zidane: A 21st Century Portrait this isn’t.

Although the denouement doesn’t give the series a hoped-for Hollywood ending (spoiler alert: Arsenal eventually miss out on a coveted fourth spot by one point), Arsenal’s failure to overcome their North London rivals Tottenham Hotspur is in keeping with an unofficial tradition of the vast majority of these documentaries: both seasons of Netflix’s socially acute Sunderland ‘Til I Die end with the North-East club on a downward spiral, whilst Tottenham’s own All or Nothing entry saw Spurs also ultimately fail to reach fourth place.

The forthcoming Ryan Reynolds-starring Welcome To Wrexham – however stirring its first trailer is – also follows the same pattern. This storytelling is in keeping with the cycle of hope, disappointment and renewal that is the perennial lifeblood of a football fan, as well as underlining the perception that ultimately these documentaries are of more enjoyment to the rubbernecking fans of rival clubs. Ultimately the greatest drama still takes place on the pitch, where Arsenal, at the beginning of the 22/23 season, are currently doing very well.

Tags: Arsenal: All or Nothing 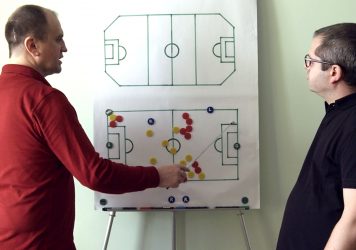