Everything is fantastic in the first trailer for About Endlessness

Roy Andersson's latest is a series of vignettes along the outskirts of war. 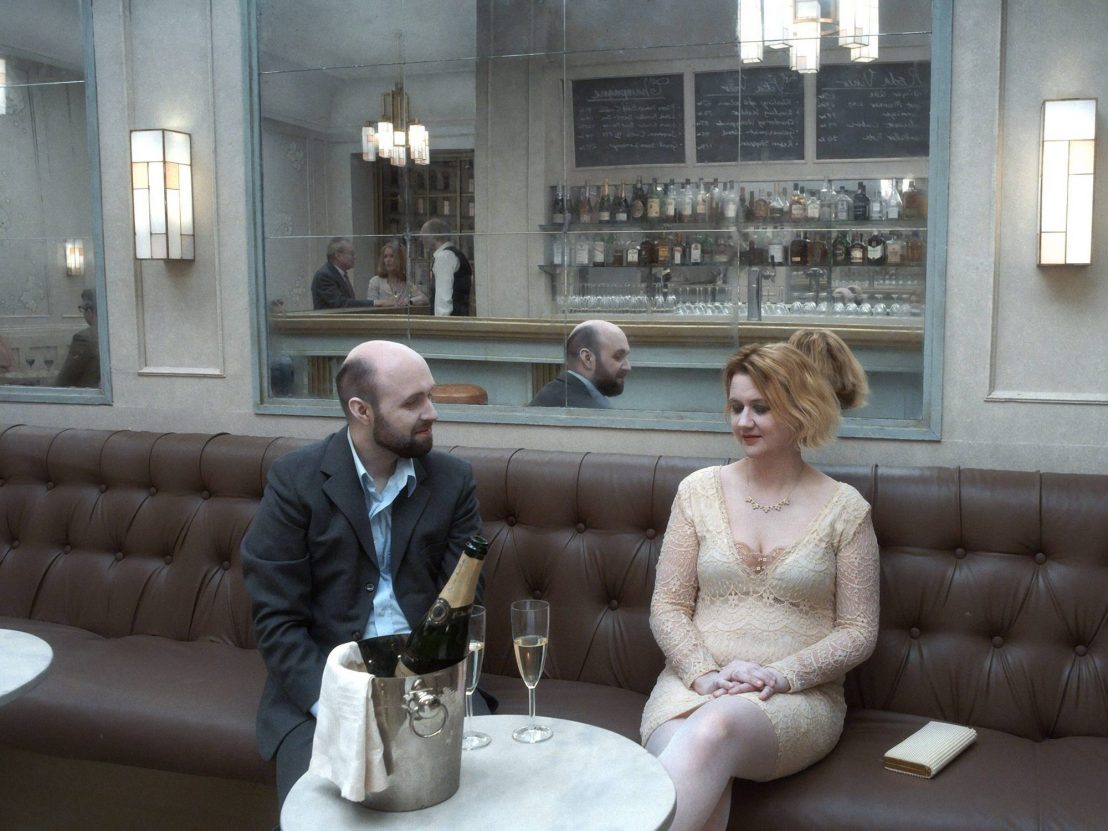 It takes no more than a single glance to identify a film by Roy Andersson as such: the pallid-faced and downtrodden people, the intricately designed worlds in shades of sickly tan and grey, the grinding machinery of the military-industrial complex. The first trailer for the Swedish master’s latest film only features a few shots, but that’s fine. We only need the one.

About Endlessness will soon world-premiere at the Venice Film Festival and then go on to play one week later at the Toronto International Film Festival, occasioning the first clip from the film to appear online. It’s the Andersson that his self-selecting but dedicated fanbase knows and loves, with all the gallows humor and snail-slow pacing that implies.

While the trailer doesn’t give up much in the way of premise, an item from Indiewire claims that “the film takes on a narrator who occupies the role of Scheherazade from Arabian Nights, guiding us from one skit to another along the periphery of a war.” One bleak yet epic shot captures the trudge of prisoners across a desolate, icy wasteland.

It’s been five years since Andersson completed his informal “living trilogy” with A Pigeon Sat on a Branch Reflecting on Existence, suggesting that Andersson may perhaps move in a new thematic direction with his newest feature. The seventy-three-minute run time also confirms a new quality of brevity to the drawn-out deadpan associated with the auteur.

The film has yet to gain distribution, but once notices from the festival begin to roll in, expect plans for a release in the first half of 2020. You will know of Andersson’s return by the sudden appearance of a chill in the air, and the general feeling that the specter of death cannot be far off.