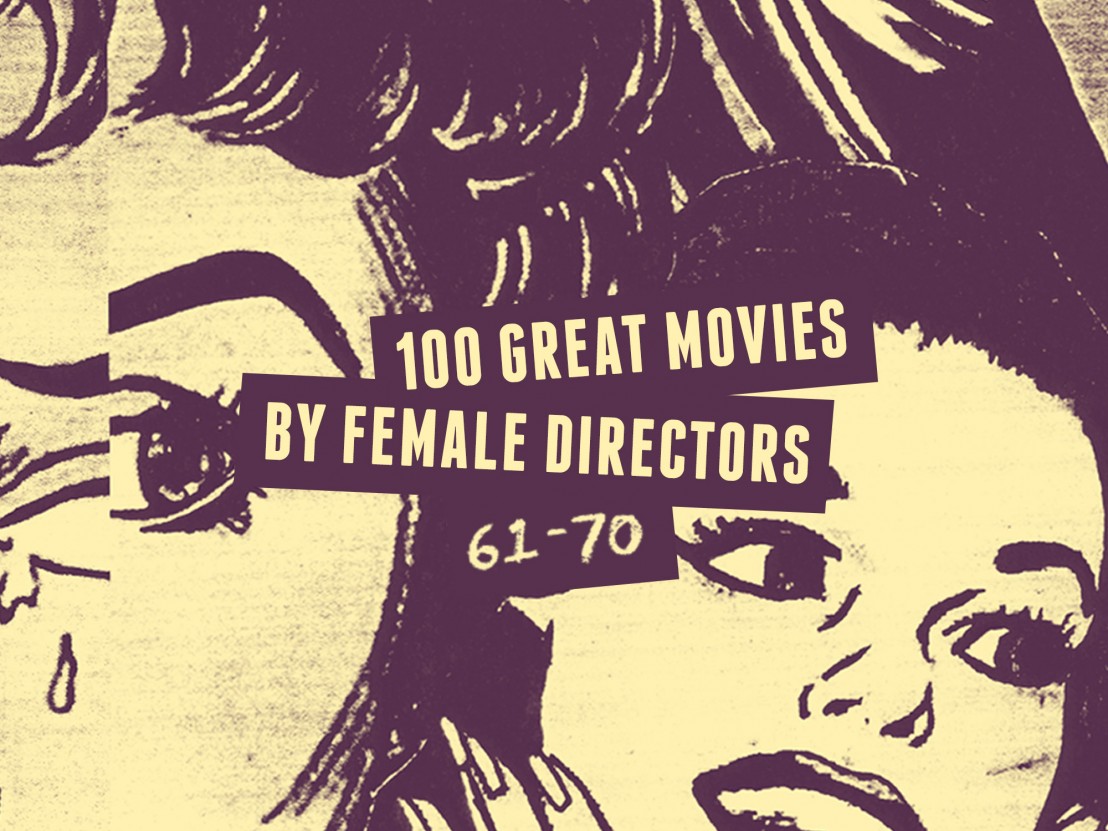 It is a remarkable, rare thing when a film establishes itself as an actual transformative experience. Fully immersive, beautifully uplifting and ardently artistic, Niki Caro’s Whale Rider documents the spiritual journey of a young Maori girl, Paikea. She is the descendant of the tribe’s mythical god and granddaughter to their Chief, and is told she must fulfil her destiny and validate her position as the rightful successor and key to the future of her community. In her quest, she tenaciously and defiantly challenges social conventions, gender boundaries and archaic tradition, regaining her sense of self and finding her voice as a woman. Underneath the disapproving gaze of her Grandfather, Pai prevails, her undeterred integrity and impeccable emotional maturity re-uniting those around her, and ultimately solidifying her status as leader in this poignant, modestly political fable. Tahlia McKinnon

Human beings are hard-wired to psychologically overlook the fact that, anatomically speaking, we’re all just a lumbering mound flesh and bones. Marina de Van’s In My Skin presents the high-rolling, rational, beautiful woman, Esther (played by de Van), at the point where the appalling reality of the body as nothing more than a mass of slowly rotting organic matter hits home. A gash to the leg while wandering in a friend’s back garden during a late night cocktail soiree triggers a casual course of self-abuse and mutilation. But de Van never attempts to diagnose Esther’s problem. Indeed, you could argue that she doesn’t see it as a problem at all. Friends and lovers notice her erratic behaviour, but such is the supreme delicacy of the central characterisation, you’re made to feel that everything happening isn’t at all transgressive, but exploratory, educational and even vaguely erotic. Though very potent sequences of slicing, gnawing and internally investigating are peppered throughout, this is a work which questions whether we should be comfortable and confident within our own bodies. It’s brilliance derives from the fact that de Van refuses to say what she thinks. DJ

It’s based on a novel by Alan Warner, but blooms cinematically as a visual and aural dreamscape driven by female talent. Lynne Ramsay had the wisdom to direct Samantha Morton as an essentially silent film star in this tale of a supermarket clerk who reacts to her boyfriend’s suicide by not telling anyone, sending his unpublished novel to publishers under her own name and escaping to an Andalusian holiday. As Ramsay holds back, refusing to tell us how Morvern feels or have her talk much at all, the audience leans in, grasping to figure it out. The fragile shock of Morton’s striking, moon-shaped face and wide pupils create a blank reflector that reveal the world around her, while Morvern’s story unfolds as a defiant feminist resistance in the way she gets on with her life on her own terms. A beguiling, brilliant movie. Ian Mantgani

Sofia Coppola is the queen of improbably good-looking cinematic ennui. Whether it’s sunlight bouncing off the blonde hair of doomed sisters or a rich actor floating alone in the pool of the Chateau Marmont, her characters are beautifully composed in their loneliness. Who could forget Scarlett Johansson’s vulnerable introduction in sheer peach panties? Her character, Charlotte, is soft and small as she stares out of the window of a high-rise Japanese hotel. All of Coppola’s films linger on through profound visual vignettes, but this, her Oscar winner, has gone further, becoming shorthand for the feeling of dislocation from exotic experiences. Of course the person that Charlotte finds for companionship is Bill Murray. As Bob – an actor repeatedly forced to perform the same smooth line about whiskey – he gives a lesson in how ridiculousness feels and looks. Ridiculousness is the overriding feeling in Lost in Translation, with punchlines arriving as alienation and absurdity reach a simultaneous pinnacle. The only thing that makes sense in these situations is having another human to hear your whispers. Sophie Monks Kaufman

This nasty allegory on the human spoils of the sex trade is presented as an ambient, Lewis Carroll-like fantasia that’s all wrapped in eerily pristine lace and ribbons. A six year old arrives in a strange, secluded boarding school. She is unpacked from a coffin by a gaggle of pre-teens, all in white dresses and with ribbons in their hair, the colour delineating their age and status. Lucile Hadzihalilovic’s idiosyncratic film observes these girls as they carry out menial tasks, take dance practice, frolic in an outdoor pool, but mostly they’re left to wonder as to the nature of the secret missions their peers are sent on. Some may see Innocence as an obnoxious and overly blunt film about a “whore” instinct that’s forcibly supplanted in girls from a young age, while others may see it as an veiled and mysterious exploration of inter-generational conflict and petty jealousies that naturally occurs between women. Few would argue that it looks and sounds the business. David Jenkins

The defining image of Miranda July’s audacious debut Me and You and Everyone We Know isn’t July scrawling ‘FUCK’ on her windscreen or John Hawkes setting his hand ablaze but a piece of impromptu ASCII art created by a six year old. Four brackets and two greater-than signs illustrate his simple desire: “I’ll poop into her butthole and then she’ll poop it back into my butthole, and then we’ll just keep doing it back and forth with the same poop.” By attempting to approximate how a physical process can embody an emotional bond, he sums up the struggle to connect openly that is the theme not just of the film but most of July’s multidisciplinary work. Even when they can’t articulate it, all of her characters – like me, like you, like everyone we know – are ultimately just looking for someone to poop back and forth into their butthole, forever ))><(( Jason Ward

What the hell happened to Sandhya Suri? It’s been a decade since her – at time of writing – only feature film was released into cinemas. It wasn’t a film which commentators held up as being small gem, nor was Suri lavished when it came to celebratory column inches. Though its run at London’s ICA cinema just stretched on and on and on, word of mouth helping to build it up into an alternative cause célèbre. The concept is deadly simple: a man who emigrates from India to the UK during the 1960s decides to purchase a Super8 video camera and sound recorder so he can document his life and send the tapes back to his family. The footage has been culled and edited by Suri into a cine-memoir of the immigrant experience in the UK at a volatile time in the country’s social progression, but it’s  also an essay on communications technology and the value of images at a time when they remained the preserve of a lucky few. David Jenkins

Imaging a new version of Romeo and Juliet, where Romeo was actually conducting an illicit affair with a bar waitress the entire time he was professing his undying love to Juliet. Welcome to Valeska Grisebach’s Longing, a film which renders all notions of hetrosexual romance as being sentimental, valourous and necessary by reframing it as a tactic that people can use to shore up their own dishonesty. It carefully balances the empathetic and the academic, never judging characters for acting on urges which they might not understand while always mindful of the story’s roots in classical tragedy. Markus is a dozy locksmith in an excitement-neutral German berg who spends his weekends training with the auxiliary fire department. A cosy, if hardly idyllic life with his wife, Ella, is thrown into discord when, on a whim, he instigates an affair while on one of his boozy weekend away-days. The audience are left to guess exactly what is driving Markus to make these decisions which seem so counter-intuitive to the preservation of happiness, for him and those around him (including a cute pet rabbit). In the almost comic drabness of the settings and the inexpressiveness of the characters, Grisebach appears to be suggesting that love can only be nurtured via happiness from another source – that simple human companionship is not enough. A clever final sequence helps to deconstruct everything we’ve seen, but also leaves us to question whether all that we’ve seen was quite so easily comprehensible. DJ

When it comes to the trajectory of a directing career, few filmmakers have ever followed a path as jarring and unpredictable as that of Lone Scherfig, who went from working within the constraints of Dogme 95 to directing a Nick Hornby script in just the span of a few years. It’s hard to imagine that Lars von Trier would approve, but who the shit really cares what that guy thinks when Scherfig’s concession to a warmer world of storytelling resulted in a film as true and full-bodied as An Education? The story of 16-year-old Jenny (Carey Mulligan, in the star-making performance that earned her the coveted Hollywood Film Festival award for Best Hollywood Breakthrough Performance for a Female!), who’s seduced by a dirty old Sarsgaard only to learn that he’s a con artist with designs on her virginity, Scherfig’s breakthrough film is a nostalgic and emotionally sumptuous look at the skin we have to shed in order to grow up. She’s the rare filmmaker who knew how to depict a sense of loss in such a way that it doubles as a palpable moment of liberation, and An Education is a masterclass in how she does it. David Ehrlich

If it weren’t too much of a psychological strain to comprehend, we might suggest that director Jessica Hausner can be summed up as Michael Haneke with a sense of humour. Of her Austrian countryman she shares a stringent formal rigour as well as a predilection towards telling stories which lament the folly of existence. Yet, where Haneke aims to wrap the viewer over the knuckles with his swishing cane, Hausner embraces the absurd, locking horns with that sense of abject futility and then laughing in its face. With the help of wide-eyed French actress Sylvie Testud, this 2009 film examines the business and bureaucracy of the church, especially at a time during which it might have helped to invoke a modern miracle. Testud’s paraplegic Christine arrives at the popular Christian pilgrimage site of Lourdes in France with the hope that God might intervene to help her rise up from her seat. Hausner (playing God) duly responds to her call, but the further riposte from the Lourdes miracle confirmation council is what makes this movie so daring, and so moving. DJ 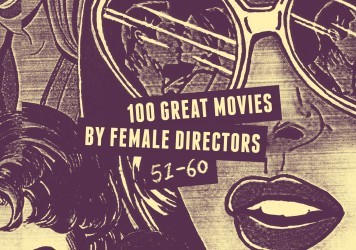