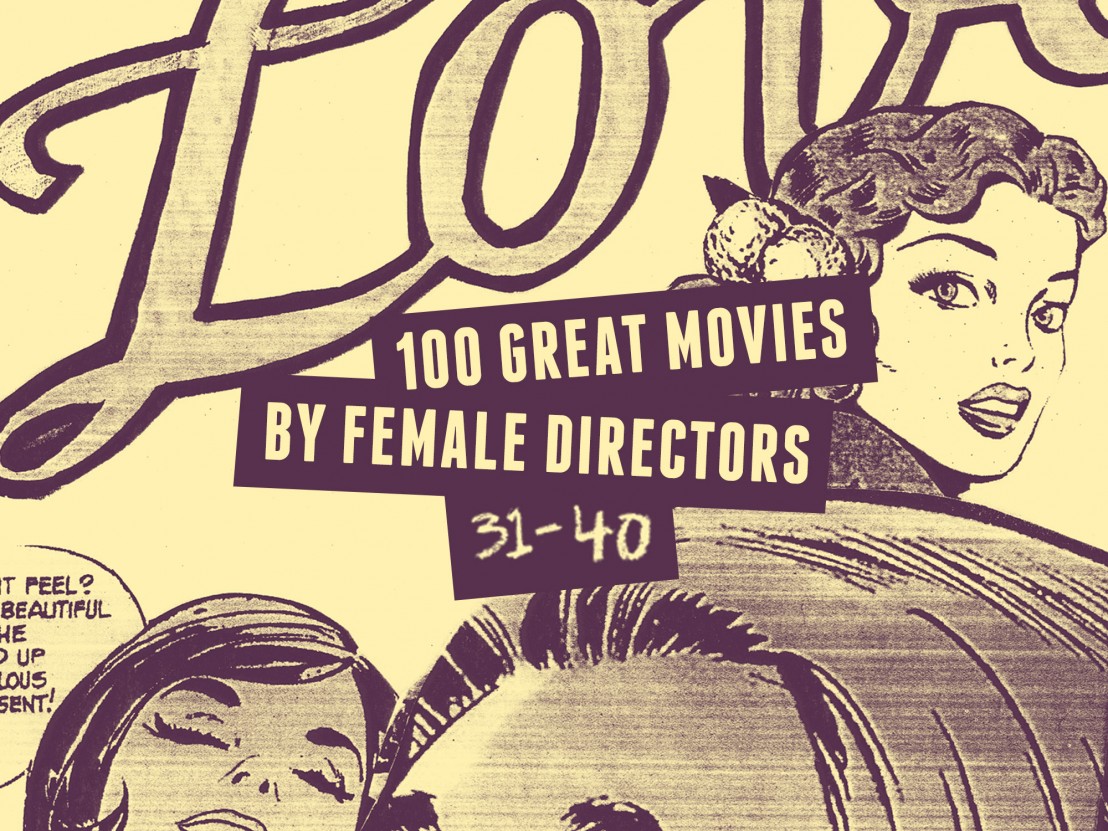 Boat People was Ann Hui’s third film focussed on the post-1975 plight of Vietnam and the mass-migrations which followed in the wake of the country’s transitional period to reunification. Now considered one of the key texts of the Hong Kong New Wave, its confrontational stance towards the whitewashing of endemic humanitarian crimes ensured controversy both at home and abroad. Banned in China as ‘anti-Communist’, denied a competition slot in Cannes for fear of damaging relations between France and Vietnam, and viewed Stateside as a simplistic reduction of a complex political situation, it’s surprising the film even got made in the first place. Yet there’s nothing simplistic about Hui’s approach, despite the film’s relentless compounding of atrocities. A bold fusion of grim social realism and heightened melodrama, the bald ironies of the Communist government’s ‘New Economic Zones’ are echoed in Hui’s formidable formal expression, a commercial smokescreen for an essential recounting of personal and political trauma. Matt Thrift

On a primary level, Born in Flames is a piece of sarcastic, fatalistic gender rebellion showing women having to fight against unemployment and rape culture under any government. It was made during the overlap of Carter’s ’70s and Reagan’s ’80s but takes place in a fictional New York 10 years after the social democratic ‘War of Liberation.’ It foreshadows our own Third Way dystopia, with its world of economic chaos and authoritarianism anaesthetised by friendly humanist propaganda. Cinematically, it bangs together as a series of 16mm snippets bookended by a jangly Red Krayola theme song. On a basic level it is mildly confusing, but in essence feels like documentary fragments that speak to a larger truth. Lizzie Borden – the director took her name from a real but mythic American murderess – made a film that captures the punky energy of its day, while satirising ours and flipping the bird towards eternity. Ian Mantgani

Whatever happened to Deborah Foreman? Three years after landing her first major acting role in Martha Coolidge’s Valley Girl, the then 23-year-old was named Most Promising New Star at the ShoWest film convention (no less!), only to spend her peak years slumming it in cheap-and-cheery girl-meets-boy comedies like My Chauffeur and naff teen horror romps like April Fool’s Day and Waxwork. It wouldn’t be unreasonable to use the contrasting career trajectories of Foreman and her Valley Girl co-star, Nicolas Cage (a virtual unknown at the time), as evidence of Hollywood’s long-standing gender inequality. But now’s not the time to get stuck into industry politics. We’re here to celebrate a tripendicular ’80s touchstone. The massive hairstyles, the killer soundtrack, the cheesy dialogue, the undeniable chemistry between its fresh-faced leading pair… ignoring the obvious nostalgia value, it’s testament to Coolidge’s assured direction that Valley Girl holds up so well today. Everything just seems to fall into place. For our money, this unapologetically feel-good preppy meets punk love story is right up there with the best romantic comedies of the decade. Like, totally. Adam Woodward

The very definition of boho ’80s America, Desperately Seeking Susan is a stupendous slice of spangled frivolity. Seemingly straight-laced, sexually repressed housewife, Roberta (Rosanna Arquette) has been following a sporadic series of personal ads, documenting a stranger’s hook-ups with an insubordinate and spunky girl, Susan (Madonna). When the two women unintentionally trade lives, their mistaken identities lead to comically complicated escapades, eventually climaxing to an uncomfortable encounter with a dangerous criminal. Walking in the shoes of her offbeat hero, Roberta finds her own rhythm as she is introduced to a lifestyle of complete liberation. Get into the groove with this kitsch comic delight, which quirkily parodies how little men really know about the “objects” of their arousal. Tahlia McKinnon

As you may have noticed, we’ve limited this list to one film per director, and let me tell you it was damn hard to settle on a single cut by the tenacious, audacious and always whimsical Agnés Varda. We could’ve opted for her classic 1962 feature, Cleo from 5 to 7, which many classify as her first great work. Or maybe her bitterly ironic take on Hollywood melodrama in 1965’s Le Bonheur. Or her fabulous, freewheeling trip to California to hang out with Factory alumni and Shirley Clarke in Lion Love… (And Lies) from 1969. Or wait, what about Jacquot de Nantes, the heartfelt 1991 docu-fiction about her revered husband, Jacques Demy? Or her rag-and-bone paean to life’s outsiders in The Gleaners and I from 2000? All great, but the one we’ve put all our money down on sits right at the midpoint of her career, combining the classical formal assurance of her early films and the testy inquisitiveness of her later work. Vagabond capitalises on the stellar performance delivered by Sandrine Bonnaire in 1983’s A Nos Amours, here presenting the actress as a nomadic and mysterious teenager traversing the French countryside and attempting to retain some semblance of personal freedom. The film opens on her death and flashes back to the weeks leading up to that fateful moment. Varda’s films are often thought of for their buoyancy and wicked sense of irony. Not this one. David Jenkins

“If all of the people who hate Ishtar had seen it, I would be a rich woman today.” Elaine May’s quip to her former sparring partner Mike Nichols during a post-screening Q&A in 2006 is the perfect summation of the absurdity of Ishtar’s reputation. Her fourth film as director, Ishtar is a sharp-witted take on the futility of Reaganite foreign policy. Its critical drubbing over the years is sadly emblematic of the lot of the female auteur in film culture; a male director who exerts control over his work is a “maverick”, whereas a woman in the same position is “difficult”. May’s batting average is unrivalled – she only directed four films, but all are arguable masterpieces. Ishtar marks the culmination of May’s deconstruction of male egotism by allowing the focus to shift from the vanities and neuroses of her protagonists to those of the establishment itself. She may have lost the battle, but her legacy will win the war. Craig Williams

Fact: if your heart doesn’t swell with joy at the thought of the piano scene in Big you don’t qualify as human. Yes it’s been parodied to death, but the most iconic moment from Penny Marshall’s 1988 age-swap comedy hasn’t lost a single molecule of its magic. The sight of Tom Hanks in his crisp white Air Force IIs dancing an impromptu duet with Robert Loggia across a giant floor keyboard in FAO Schwartz is one of those rare instances of pure, unadulterated viewing pleasure. It’s a scene you know probably took hours of practice to get right, yet in the moment you fully believe it was achieved in single, spontaneous take. And when was the last time a public rendition of ‘Chopsticks’ raised a smile without first requiring you to throttle the person responsible? Hanks’ (and Loggia’s) fancy footwork aside, Big hardly puts a step out of place. Marshall and Hanks only worked on one more film together, the 1992 baseball comedy A League of Their Own. Cinema’s loss. AW

Ann Turner’s Celia is an extremely brutal movie whose central strategy is to constantly lure the viewer into a false sense of security – it’s like a plush rose whose petals hide razor-sharp thorns. It does this through its jangling Muzak score, its twinkling soft-focus cinematography, its apparently idyllic settings of conservative smalltown Australia, its men who wear belt and braces and shirts with the sleeves rolled up, its women who sport flowing floral dresses, its white picket fences, and the children who frolic freely across the landscape. Broadly speaking, this is a horror film, in the same way that Blue Velvet is a horror film – about how society is formulated to carpet over rather than diffuse social problems. The film opens with Celia (Rebecca Smart) happening across the corpse of her grandmother, a woman she loved and who instilled in the young scamp a sense of inquiry, but also shaped her forthright moral outlook on the world. Much of the film concerns Celia’s pet rabbit, Murgatroyd, and her nasty neighbour’s fixation on taking it away due to laws imposed by the state regarding a harmful rabbit infestation. The small dramas in the film manifest as a cacophonous broadside against conformity, and Turner brilliantly depicts the grim realities of governments who rule with no idea that compassion and independent thought are what separate man from beast. DJ

Forget The Exorcist, The Omen and The Shining – Mary Lambert’s gory, gut-wrenching adaptation of Stephen King’s 1983 novel contains the single creepiest child performance ever committed to celluloid. Apparently misinterpreting the old showbiz adage ‘never work with children or animals’ as a challenge, Lambert’s supernatural horror also boasts some of the finest (and most hackle-raising) feline acting you’ll ever see. Admittedly, certain aspects of the film haven’t aged all that well, but Pet Sematary still delivers big where it counts. Scenes concerning an ancient indian burial ground, a spinal meningitis victim apparition and the suicide of the family maid are genuinely harrowing – Lambert faithfully presenting the consequences of trying to cheat death with unflinching relish. But it’s two-year-old Miko Hughes as resurrected toddler Gage Creed who steals the show, wreaking scalpel-based havoc on his parents and elderly neighbour, Jud Crandall (Fred Gwynne, aka Herman Munster). As the film’s adult protagonists learn the hard way, sometimes death is better. AW

There are many women on this list – Joan Tewkesbury, Ann Turner, Joan Micklin Sliver, to name three – who began their directorial careers with expressive explosions of passion and ingenuity, only to be unofficially blackballed from ever making “personal” films again. It’s as if these works were mere calling cards, enough to justify a basic technical prowess behind the camera that can be channeled into more financially viable uses (mostly TV). Foremost in the “what the hell happened there?” stakes is New York-born director Julie Dash whose extraordinary 1991 debut feature Daughters of the Dust comes across as America’s answer to Terence Davies or Derek Jarman. This is less a movie more than it is a righteous congress, set on St Simons Island in Southern Georgia circi 1902, and exploring the post-bellum fork-in-the-road that southern black people found themselves confronting at the time. What next? is the broad question. Should a culture that has been forged in the furnace of American slavery be preserved for future generations? Should the sanctuary of this island be welcomed, or is urgent re-integration into the mainland a necessity? The manner in which the dialogue is spoken (either shouted or whispered, nothing in-between), the woozy editing patterns, the natural purity of the landscapes, all add up to a film which is more poetry than polemic. And it’s the women who are the central players in building this new world. DJ