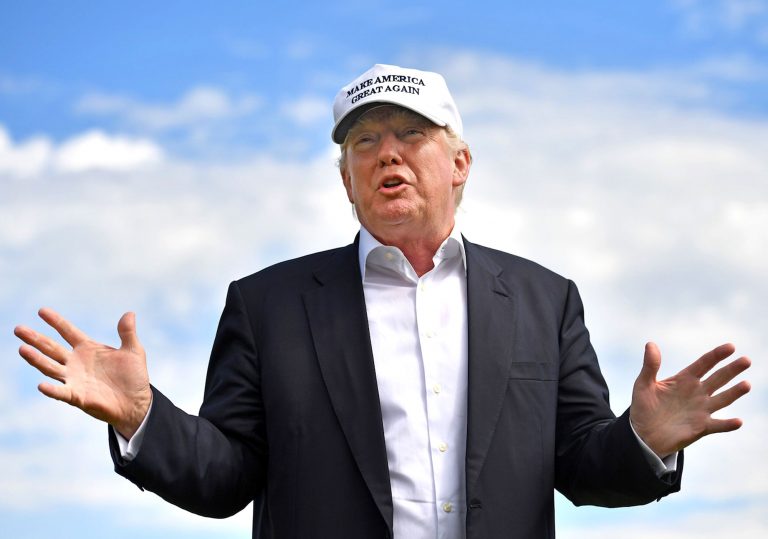 Taking potshots at Donald Trump. Isn’t that a little… easy?

A feeble piece of filmmaking.

Even when you’re standing on the right side of history with your chest puffed out, it’s very easy to make bad art. You’ve Been Trumped Too is the dreadful, opportunistic cine-swipe at Donald Trump from director Anthony Baxter which has all the impact of a blind fruit-fly careening directly into Mount Rushmore. It picks up from Baxter’s 2011 original in which Trump’s decision to build a golf course in Aberdeenshire, Scotland, comes under close scrutiny, particularly his methods of clearing out the locals to make way for the slick-haired elite.

Despite being reduced to lugging a pail from a nearby stream to get water for her dinky cottage, 92-year-old widow Molly Forbes soldiers on regardless, the proverbial thorn in Trump’s generously proportioned side. Baxter jumps on this story and milks it for the purposes of potentially humiliating the self-styled billionaire who, at time of writing, is still in the running to take the highest office on Planet Earth. Yet, with the daily torrent of revelations and scandals that flow onto newspaper front pages like water from a Highland spring, there’s little here to get the anger up higher than it already is.

It doesn’t help that Baxter himself is ineffectual as both a journalist and a filmmaker, always trying to place himself within the eyeline of his of lens or emphasise what he’s doing rather than what Trump is doing. As a piece of storytelling, this is a total non-starter, as we jump about at random across the Trump timeline, administering lots of small jabs rather than a single knock-out body blow. Baxter and the team head over to the Republican National Convention to confront Trump supporters face-to-face, all of whom seem uninterested in the fact that their business magnate godhead has damaged a water pipeline half way across the globe.

Add to the mix some truly chaotic editing and lots of hyperbolic music, and you’ve got yourself a right old mess of half-cocked screen activism. Baxter even manages to get an interview with Trump himself, but the fact that he can’t get this soundbite-spouting buffoon to say a single interesting thing is telling in itself. If you’re reading this and Trump is the President of the United States of America, then it’s soft, preaching-to-the-choir journalism like this which will be to blame.

Taking potshots at Donald Trump. Isn’t that a little… easy?

A feeble piece of filmmaking.