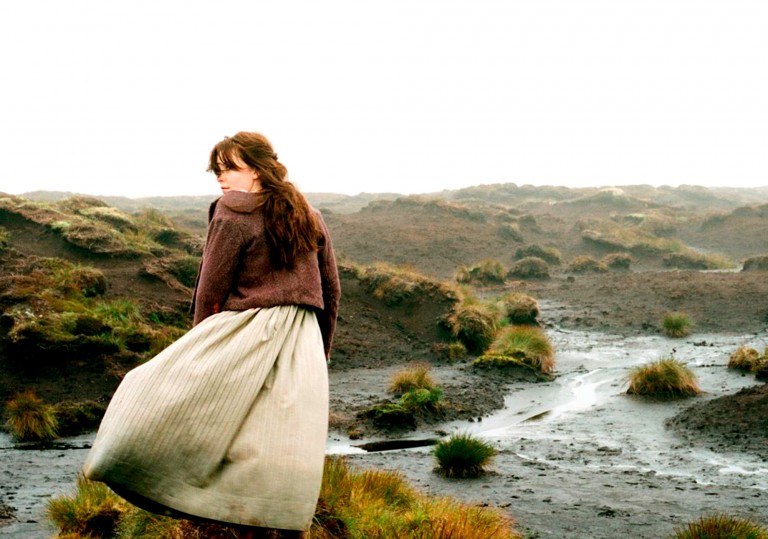 Passionate and faithful, Arnold’s film is striking but staggers toward a lethargic climax.

A gutsy if not entirely successful interpretation of Brontë’s tome.

Fish Tank director Andrea Arnold isn’t the most obvious choice for a new adaptation of ‘Wuthering Heights’, Emily Brontë’s rousingly romantic nineteenth-century novel. But by breaking away from the sterilised likes of Laurence Olivier’s 1939 rendition, Arnold returns Heights to its grubby, twisted roots.

Confidently making Brontë’s story her own, Arnold’s film is at once a modernisation (her characters hurl F-bombs and C-grenades that would have made the author herself blush), a respectful adaptation and a gutsy re-imagining.

If Brontë evoked the barren Yorkshire moors as a representation of central character Heathcliff’s innately wild nature, Arnold takes the metaphor one step further by casting the traditionally white role anew. Here, Heathcliff (Solomon Glave) is a young black boy who’s dragged in from the moors (“It was the Christian thing to do”) and befriends twin spirit Catherine (Shannon Beer). But with Catherine’s brother Hindley (Lee Shaw) crippled by jealous rage, Heathcliff’s in for a tough time.

Music-less and virtually dialogue free, Arnold’s film relies on helter-skelter images and meaningful glances for its impetus. Filmed in a loose, hand-held fashion, Heights is best in its superior first half when it unites the coarse beauty of the Yorkshire moors with an impressive cast of young first-timers, all of whom deliver raw, unsentimental turns that pulsate with feeling.

Despite her exceptional players, there’s no question who Arnold thinks the real star is. The director is in love with her turbulent Yorkshire landscapes, and embraces the elements almost to a fault. While the rain-lashed imagery kindles a fittingly feral mood, her repetitive use of certain images derails any sense of pace. At times, Heights nearly resembles a David Attenborough documentary.

Something to be respected more than enjoyed, Heights is too long by a good 30 minutes (its second half struggles to hit Brontë’s emotional beats), and would have packed more punch with a little careful pruning.

Passionate and faithful, Arnold’s film is striking but staggers toward a lethargic climax.

A gutsy if not entirely successful interpretation of Brontë’s tome.