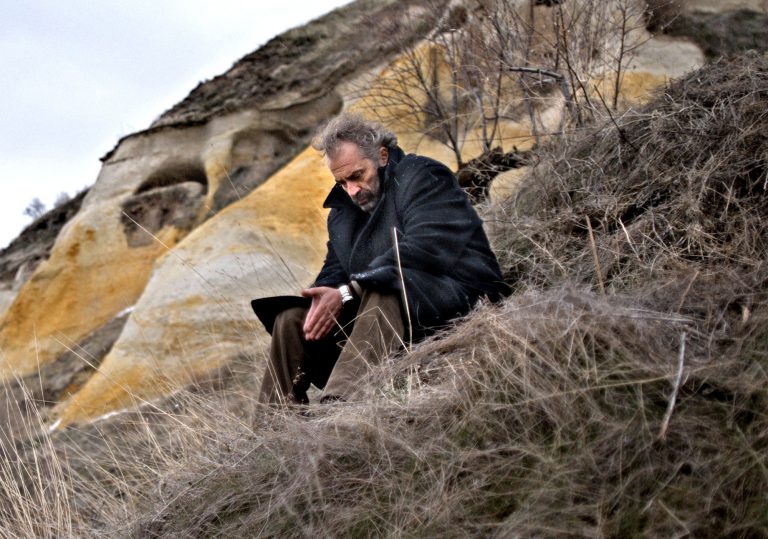 Was it a Winter Sleep premonition when Elvis sung ‘A little less conversation, a little more action’?

Much philosophically-inclined gabbing make this Palme d’Or-winning latest from Nuri Bilge Ceylan something of snooze.

“If you have three olives, you can eat them from a bag or arrange them on a plate,” says rich hotel owner, Aydin (Haluk Bilginer), distinguishing between civilised and uncivilised poverty with characteristic pomp. For Winter Sleep, director Nuri Bilge Ceylan has chopped his olives into tiny pieces which offers limited nutritional power to three hours 16 minutes of screen time. The effect is as maddening as chomping air and trying to taste an elusive, salty flavour.

It should be emphasised that this writer adored Ceylan’s previous, Once Upon A Time in Anatolia, defending the sublime and slow-moving drama against accusations of dullness and was positively primed to adore this snowy Palme d’Or winner. However, as Keats called it, “truth is beauty”. The unfortunate truth invading Winter Sleep is that for all its lofty ideas and magnificent landscapes, it is often hellaciously boring.

Ceylan is a thoughtful filmmaker and hasn’t suddenly made a film devoid of quality. What makes Winter Sleep infuriating is that it’s a tease, stomping into interesting territory then taking a half-an-hour time out to don slippers and tell a convoluted tale from its youth. Somewhere in the freezing Anatolian countryside, poignant observations on existential matters echo out, but these are largely muffled by the ceaseless droning of our lead characters who talk and talk and talk some more.

There’s nothing inherently wrong with films powered by chat. Richard Linklater’s Before Trilogy traded on dialogue to charming effect. The problem here is that Ceylan seems more interested in the subjects that characters are addressing than the characters themselves. Where both happily overlap is in the way the film incrementally uncovers identities based on theatrically rich speech. One conflict between Aydin and his young wife, Nihal (Melisa Sözen), comes to a verbose head after he muscles in on her charity meeting. She argues that it’s the only thing that’s hers, he chuckles that she doesn’t know how to book-keep and will thank him later for his professional intervention. It’s an elaborate power game dressed up as a practical concern.

The interactions between these two are the film’s strongest moments. For one, out in the beautifully shot wilderness they are locked in with each other – to her unhappiness and his complacence – creating a very cinematic type of claustrophobia. The second reason is that Nihal is crumbling beneath the endless sermonising of her husband. Aydin isn’t a person so much as a conceptual embodiment of white male power. Faced with this imperturbable force, Nihal’s deterioration from stoicism to emotional protest attains sympathy and symbolism. It’s worth noting the ingenuity of having a lead man who operates on his wife in the same way that the film acts on audiences: intellectual suffocation. There is a rabbit hole of po-faced analysis that could be given over to the parallels.

Powerful scenes, moments and stretches sit tantalisingly in what is too often an uncomfortably protracted and tiresome ride. Maybe that’s the point but unless you go to the cinema hoping for opportunities to nod off then it’s a rather punishing point. Aydin trots around the countryside like a landowner visiting his peasant tenants. These interactions start from a position of social tension, travelling through delectable setting details and end up holding court drunkenly for longer than a sober judge would decree wise. For all the seasonably appropriate fires burning in hearths, there’s little to ignite the cold, interminably verbal back and forths.

Social comment is hinted at everywhere in the relations between rich and poor, drunk and sober, husbands and wives, brothers, sisters, fathers and sons but the only storyline to smash through the sleepy ambience starts with a stone and ends with a boy peering through a door.

Was it a Winter Sleep premonition when Elvis sung ‘A little less conversation, a little more action’? 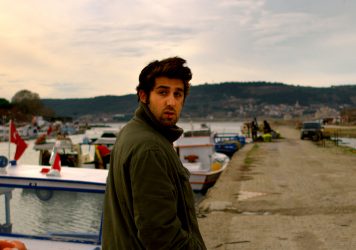 Turkey’s foremost dramatist returns with his most imposing and impressive film to date.