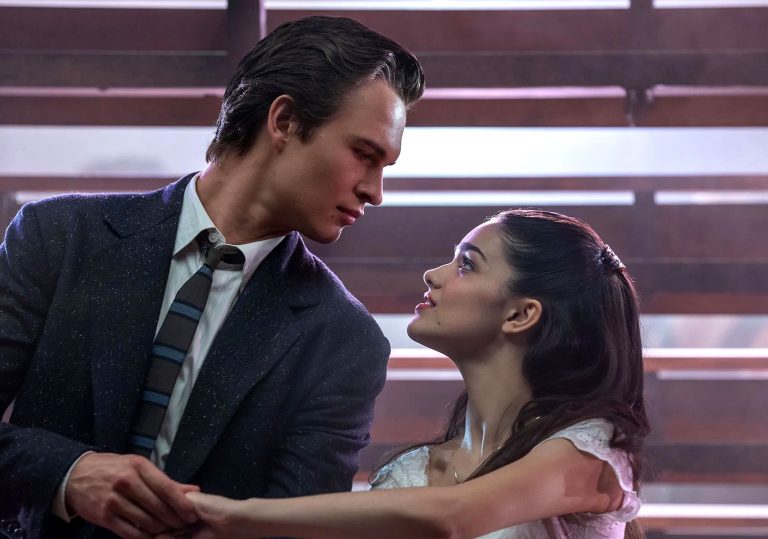 It’s Spielberg, so we’re in the tank. Even if we’re not quite sure about this one…

Individual elements work, but just flat and stiff in the main. And Elgort a dead weight right at the centre.

Too filmy to be a musical, too musical to be a film.

Human life is finite. Time’s relentless march brings us closer to the casket every single day. As such, we need Steven Spielberg to be super selective when it comes to the films he choses to make. With three quarters of a century in the bank, and a workhorse ethic that has resulted in roughly a film every other year, we’re eking ever closer to the end zone of one of cinema’s most illustrious careers. Sorry to be maudlin, but it’s a fact.

“Everyone has their reasons,” as Jean Renoir famously mused, and the sublime mysteries of human inscrutability come into play when pondering the question: why on earth did Spielberg chose to make an everything-and-the-kitchen-sink rendition of West Side Story, the jazz musical conceived by Jerome Robbins and with music and lyrics care of Leonard Bernstein and Stephen Sondheim? There was muted surprise when it was announced, and now having seen the film, a sense of perplexed irritation remains.

Curtain up. The camera presents a mid-century New York skyline in transition, the skyscrapers flanking a worksite in which grubby brick tenements are being wrecking-balled to make way for ritzy apartments and Lincoln Centre – an epicentre of American visual culture, here used as shorthand for chattering class gentrification. Set to the familiar rhythm of clicking fingers, we meet the Jets, led by Mike Faist’s Riff, as they execute a plan to ruin a mural on a Puerto Rican playground, contested territory of the Sharks, led by David Alvarez’ kiss-curled pugilist, Bernardo.

The first thing you notice is that this doesn’t look like a musical in the classical sense of the term. The colours are strangely muted, cinematographer Janusz Kaminski opting for pastel ochres and washed-out browns rather than the glowing reds of Technicolor dreams. The edges in the film are all softened – aesthetically and emotionally. The camera, too, manically dances and swishes around the actors, the sharp cuts slicing through the action in an overzealous attempt to stake the film’s claim as a piece of bells ‘n’ whistles cinema rather than filmed theatre. Initially the razzle dazzle does enough to hold the interest, but after a while it comes across as empty showmanship, technique at the expense of focus. 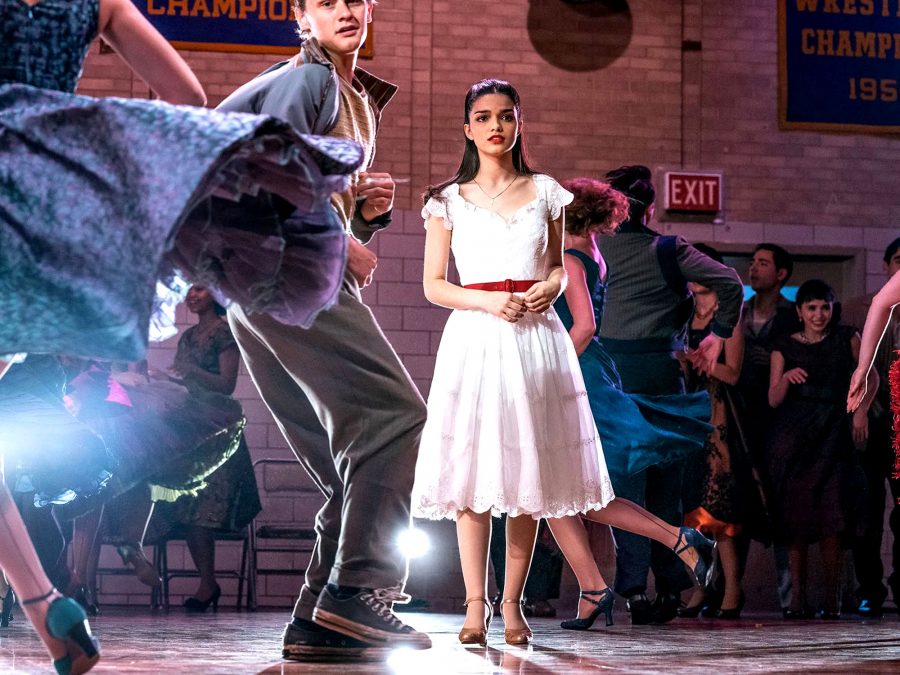 Enter stage left, Rachel Zegler’s wide-eyed Maria, the department store cleaner with dreams of romantic escape. And then, from stage right, we have Ansel Elgort’s Tony, the Polack goon with heart-melting capabilities and a dark past. In the history of dramatic art, their cosmically-aligned love transcends the banal everyday to achieve something close to the magical sublime, and this particular story only works if that idea is conveyed believably and with staunch conviction.

Alas, here the chemistry between the two leads is negligible – even the massive height difference emphasises an awkwardness that really shouldn’t have been entered into the equation. Zegler is decent – clearly on the level with the fairytale aspects of the material. Yet there’s barely a moment where Elgort doesn’t feel as if he’s waded too far into the deep end, his small, dark eyes adding an air of unnecessary mystery to a character whose heart should literally be there on his sleeve. The earnest simplicity of Tony has been taken for granted, and this feels like a major miscast when it comes to making sure the emotional foundations of this towering story are there, set deep in the ground.

The songs are all delivered with ample conviction and Rita Moreno steals the show as widowed Puerto Rican shop-owner who has taken errant Tony under her wing (her rendition of ‘Somewhere’ is the film’s highpoint.) Yet it’s a strange thing to say about one of the world’s foremost forgers of cinematic imagery and sveltely assured storytelling, but on this evidence, Spielberg has no feel for musicals. He appears resistant to just showing the actors performing – placing bodies in the frame and painting with people. There’s a cloying need to make himself, the director, feel at every moment. The individual performances are all fine, but there’s no dynamism and connectivity.

And yet the brash, overly pronounced delivery of the dialogue – as if it’s being shouted for those in the cheap seats – dents the social realist air that Spielberg is attempting to cultivate through his ultra-detailed vintage production design and ungainly foregrounding of the story’s political subtexts. At one minute it feels like a music video, the next it’s as if the director is desperate to hold the attention of a fidgety audience through overly choreographed set-pieces for numbers which – as we saw in Robert Wise’s superior 1961 film – can simply soar on the wings of the songs and the performances.

It’s a rare, backwards looking misfire for this director who has always been at the vanguard of cinematic innovation. The care and attention that has gone into the making of this film is undeniable, though at times it feels misplaced and others overwrought. The story is so baked into the collective consciousness that this does feel like we’re going through the motions by the final act. And as the final credits roll, the “why” of Spielberg’s West Side Story is as unclear as it was when news of its conception first hit the trades.

It’s Spielberg, so we’re in the tank. Even if we’re not quite sure about this one…

Individual elements work, but just flat and stiff in the main. And Elgort a dead weight right at the centre.

Too filmy to be a musical, too musical to be a film. 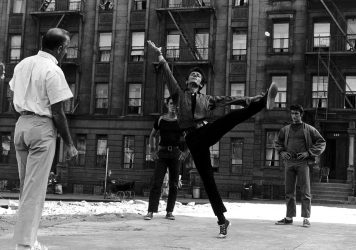 This collection of rarely seen production stills shows the original Jets and Sharks in action.