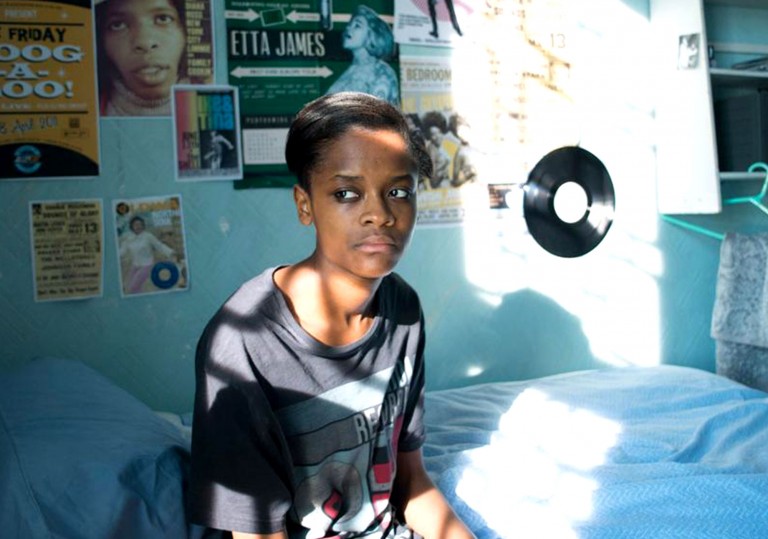 Raw performances from rising stars, but the plot is all a bit GCSE Drama.

A noble attempt, which misses the opportunity to explore a vital event with any depth.

The director of Basic Instinct 2 makes a comeback with a musical-drama about Finding Your Voice.

Michael Caton-Jones returns to the big-screen with Urban Hymn, a redemptive coming-of-age story set in South-West London. Secret songstress Jamie (Letitia Wright) is a ticking time bomb, and her days in the care system struggling to manage her unruly behaviour are fastly dwindling. Enter Kate (Shirley Henderson): a naive and unconventional sociology lecturer turned social worker, hell-bent on reforming the system in the wake of personal tragedy. Discovering Jamie’s talent, and utilising their shared affinity for Etta James, she encourages her to use singing as a release from her troubled life. Loyalties rapidly become torn, as Jamie is tossed between Kate and her possessive and volatile best friend, Leanne (Isabella Laughland) – a lost cause from the start.

The genuine if destructive bond between the two young leads is utterly convincing, but the good-girl/bad-girl dichotomy drawn between them just isn’t. From the moment she joins hands with Kate in a capella, Jamie is seemingly reborn via immaculate conception – swapping trackies for twin-sets, and abandoning her former loyalties and vices at breakneck speed. Meanwhile, snarly Leanne spirals further down the rabbit-hole of disenfranchisement, drowning her sorrows in drug-fuelled acts of violence against herself and others. She is never afforded the opportunity to save herself, cast aside while her closest ally soars towards scholarships and sensible boys, and therein lies the crux of the film’s downfall. At one point, Jamie is publicly chastised for misconduct,“despite being a valued member of a community choir”, implying that piousness should be osmotically absorbed through song, and all else forgotten.

Where breakthroughs like The Wire and La Haine succeeded is in their ability to understand social deprivation through a systematic lens. Rather than looking at poverty as a societal condition where people become inextricably trapped by their environment, Urban Hymn focusses on a single case study of art saving all. A talented protagonist is trapped by her talentless friend, and the friend is the cause rather than a fellow victim. In neglecting the backstories of the children who end up in a broken care system, we fall into a murky territory where the fate of the less fortunate is presented as if it depends purely on wealthy voluntarism, spawned largely by middle-class guilt. Of course, art can and does provide a constructive outlet for many, as the film’s delinquent turned screenwriter Nick Moorcroft can rightfully testify. The issue is that, much like the film itself, the characters are well-intentioned but one-dimensional. The key message is loud and clear, but the nuance is lacking.

For Caton-Jones, this is a noble step-up, semi-redeemed by a feel-good soundtrack, which features a cameo by Billy Bragg – who appears in infomercial form, apropos of nothing, to give guitar lessons to young offenders (he does this off-screen, heading initiative Jail Guitar Doors). In all, there are strong individual performances from a stellar cast, restrained by a narrative that – though honest and heartfelt – is regretfully tenuous and jazz-handsy.

Raw performances from rising stars, but the plot is all a bit GCSE Drama.

A noble attempt, which misses the opportunity to explore a vital event with any depth. 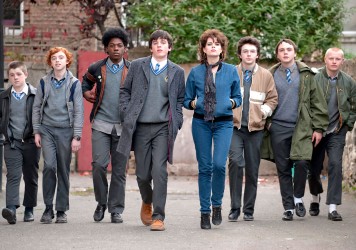 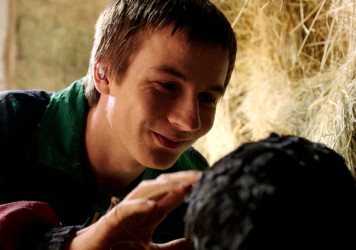