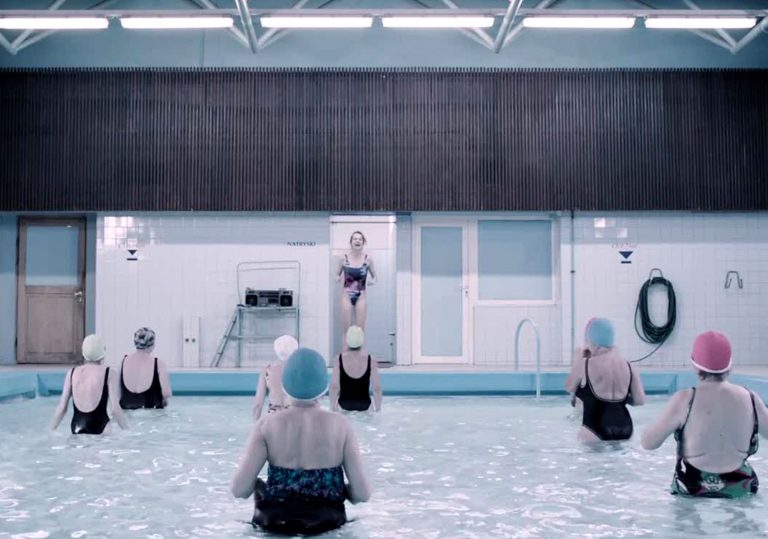 Its screenplay got a nod of approval from the Berlin jury.

Despite aesthetic merit, it’s a depressing and emotionally barren film that fails to hold interest.

An exploration of love in 1990s Poland that fails to match its striking visuals with true emotional weight.

Only with great irony would you name a film so starved of emotion United States of Love. A thematic study of unhealthy relationships and obsession prompted by loneliness, director Tomasz Wasilewski’s film imparts an atmosphere thick with despair. Without introduction we jump right into the loosely connected lives of Agata (Julia Kijowska), Iza (Magdalena Cielecka) Renata (Dorota Kolak), and Marzena (Marta Nieradkiewicz).

Think Love, Actually, but even more depressing. Agata is trapped in an unhappy marriage, empty of physical and emotional intimacy to the extent that she winces and brushes her husband away when he tries to touch her. Iza tries to pursue an affair with a man recently widowed, enduring physical aggression, taunting, threats, lies and betrayal to no end. Meanwhile, Renata obsesses over her young fame-seeking neighbour Marzena, even feigning injury as an excuse to talk to her.

Distanced and isolating shots emphasise the women’s shared loneliness. Characters deliver their lines with a weary disinterest. As they strive unsuccessfully for happiness, we see Gloria and Agata settle for pure physicality in an attempt to feel something. A moment of climactic potential between Gloria and her lover’s daughter is muted both literally, and in impact by its ambiguity and lack of follow-up, while the film’s bizarre and disturbing end leaves a bad taste.

A film doesn’t have to be happy or positive to be deemed enjoyable, but the tone here is relentlessly bleak, the coldness palpable. ‘What does love give us?’ says a priest early on. The answer to that is grief, pure and simple. Whether sour, compulsive, or simply unattainable – we see love in its many forms, none of them pretty. Visually stunning though it may be, United States of Love makes for soul-sapping viewing.

Its screenplay got a nod of approval from the Berlin jury.

Despite aesthetic merit, it’s a depressing and emotionally barren film that fails to hold interest.