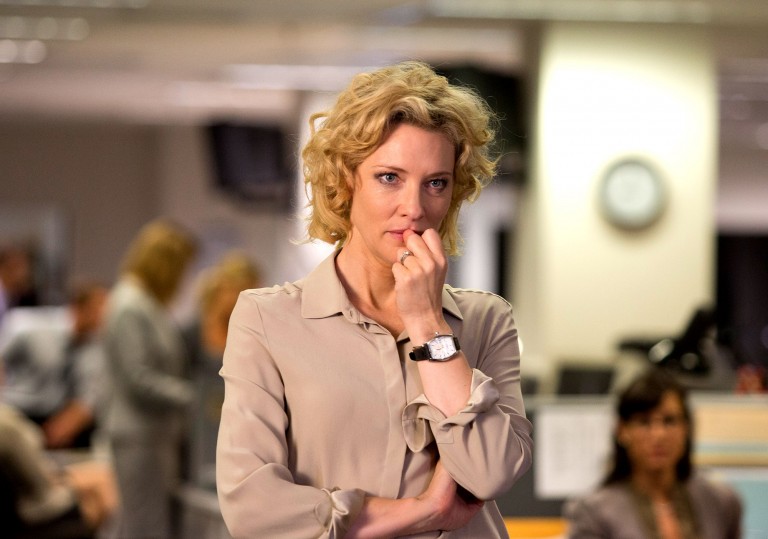 A great performance in a substantial (if highly conventional) drama.

Fine in the moment, though hardly a film that lingers long in the mind.

It’s very strange that a movie like Spotlight should soar all the way to the pristine heights of Oscar glory, while a doppelgänger movie like Truth should fail to even depart from the landing strip. In more than superficial ways, the films are very similar, firstly in that they are styled as old fashioned procedurals, and secondly that they are both out-and-out celebrations of investigative journalism. But where Spotlight gave us a story in which good ol’ elbow grease wins out and justice prevails, Truth is more concerned with the small but vital details that have the power to topple the entire house of cards.

James Vanderbilt’s film is inspired by an episode of US news programme 60 Minutes, anchored by elder statesman of broadcast media, Dan Rather (played by elder statesman of cinema, Robert Redford). His team, headed up by producer Mary Mapes (Cate Blanchett), are out to nail then-president George W Bush as incriminating details of his blotchy military service record have surfaced. The facts need to be discovered the corroborated, but beyond that, a decision needs to be made as to whether they can and should be transmitted to the nation’s TV sets. Everything has been checked and checked twice, and the possibility for human error is negligible. But when the show airs, the blowback is severe.

Mapes has to earmark the Bush die-hards who will do anything to defend their leader, even if it means circumventing logic to preserve his image. But things get complicated when the team’s star witness – on whose testimony the entire case rests – decides to U-turn and admit that he lied to the journalists and, by extension, the entire country. What next? What can you do beyond beg this source for reason? Should you have to humiliate yourself to get to the truth? And if that doesn’t work, should you then try to humiliate your source as a way to save face?

Truth is interesting because it’s not a liberal treatise that’s out to prove to the world that George Bush was a bum and a traitor during his formative years. It wants to show how time dilutes the possibility of certainty. The further we get from a fact, the more blurry and indistinct it becomes. Plus, it appears far easier for those wanting to claim it as a falsehood than it does for those wanting to claim it as fact.

The film is decently put together and rides on a typically great and fully invested performance from Blanchett. What’s also interesting is Mapes relationship with Rather, and the fact that even though he is a veteran of TV news journalism, he always defers to Mapes’ decisions. It’s interesting and gratifying, in that respect, that Mapes gender never comes into play throughout this ordeal.

A great performance in a substantial (if highly conventional) drama.

Fine in the moment, though hardly a film that lingers long in the mind.