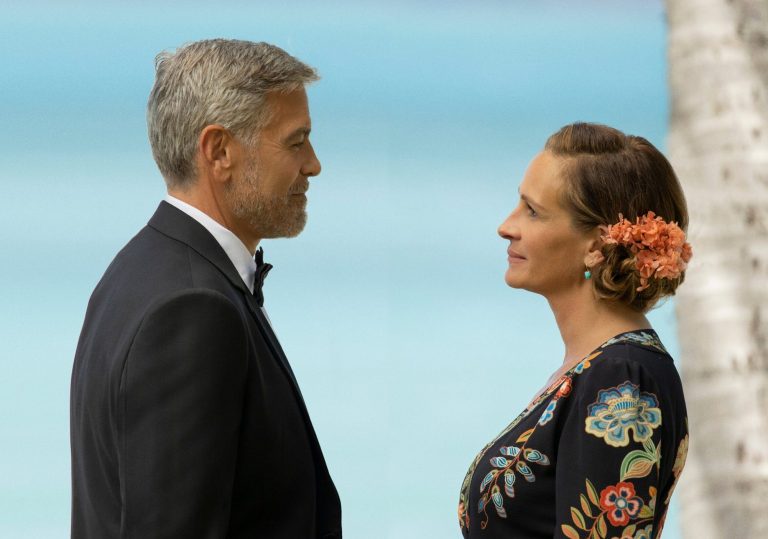 Danny and Tess Ocean, together again at last.

These people are not Danny and Tess Ocean.

Why can’t they be Danny and Tess Ocean?

George Clooney and Julia Roberts take to Bali in a hollow-hearted reminder of why the modern romcom is in decline.

The romcom is dying — why? There are societal and economic factors to consider, pertaining to the collapse of mid-budget studio filmmaking and the according shift in audience tastes that’s created a feedback loop of demotivation for their development. But watching Ticket to Paradise, a paid vacation to Bali sold as a low-effort trifle for middle-aged couples afforded a few hours of freedom by the babysitter, it seems like the real issue lies in the failure to cultivate human resources.

This syrupy cocktail of escapism exists primarily as a medium for the supernatural charms of leads George Clooney and Julia Roberts, bona fide movie stars of a caliber in short supply for following generations. Gazing upon such wonders of the natural world as his eye crinkles or her open-mouthed laugh, the first instinct may be to assume that Hollywood hasn’t found any worthy successors because they’re not out there, the zero-body-fat action figures interchangeably peopling today’s IP swill not up to the job. But the deeper truth is that we’d have no way of knowing if they were.

The sedately pleasant dialogue from Ol Parker (as in his Best Exotic Marigold Hotel duology, the consistency is that of a before-bed bowl of tapioca pudding) shoots for the middle, and the numbing results expose the root of the problem as a dearth of the good material that mints screen idols of the first order. Clooney and Roberts play the acrimoniously divorced parents to an overachiever gone astray, their daughter (Kaitlyn Dever) having taken an island lover (Maxime Bouttier) while on a tropical vacation and decided to ditch her burgeoning legal career to start a new life among the Balinese seaweed farmers. They spring into action, resolving to set aside their constant bickering until they can put the kibosh on this rash union.

Sounds like the basis for screwball gold pitched squarely in the “comedy of remarriage” tradition, except that their quarreling is all hollow on the inside, none of the snippy half-witticisms volleyed between Clooney and Roberts informed by any animus real enough to split the pair up. Nor is there any trace of the passion that must have once burned between them, the emotional crux of the film — the shot in which she looks at him and sees the man she used to love — drawing on a sentimental association with ER by showing Clooney goofing around with some kids. She remembers the first time she fell for the character just as we remember the first time we fell for the actor playing him, a metatextual rhyme that would be clever if applied to a more fully-formed creation.

Nobody’s real in this frictionless fantasy, not their daughter (who has just finished either undergrad or law school, the slapdash script can’t decide) and certainly not her new beau, he and his family portrayed as simple, smiling natives that want for nothing more than to share the natural bounty of their home with white tourists. From Hawks to Ephron, the genre’s greats rooted their conflicts in differences of class or culture, a link to reality balancing out the glamour which Parker demonstrates no interest in pursuing.

In this respect, he’s well-suited to the modern romcom, which contents itself with a quality ceiling topping out at “an inoffensive hundred minutes to spend with some conventionally attractive people probably culled from a popular television show.” Clooney and Roberts remain masters of a dying art, mustering the flustered charisma that makes them appear both perfect and mortal, the same paradox we observe in our spouses and lovers. It’s a pity to see them settle like this, accepting less than they deserve, but it’s rough out there.

Danny and Tess Ocean, together again at last.

These people are not Danny and Tess Ocean.

Why can’t they be Danny and Tess Ocean? 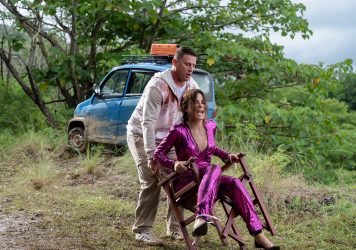 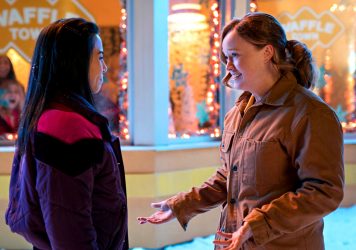 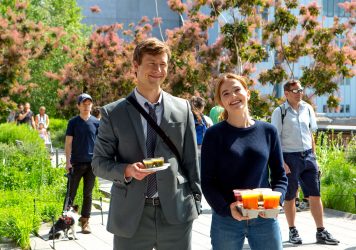