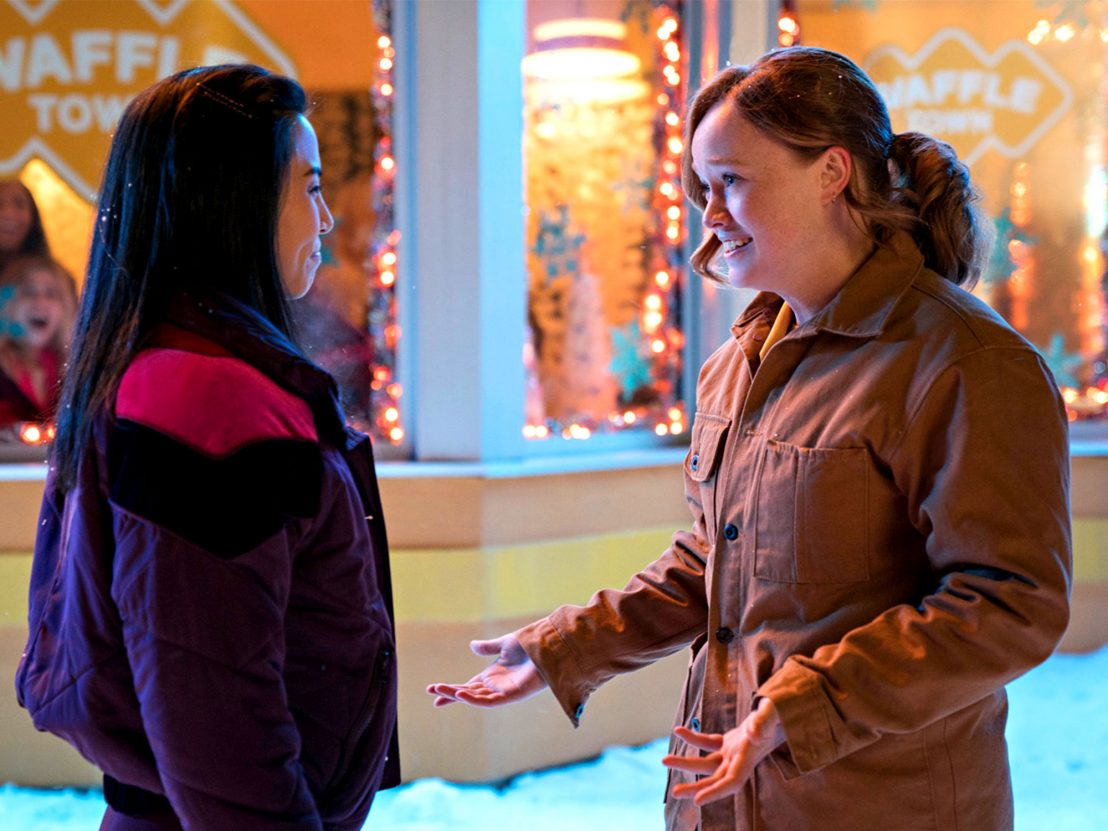 In the vast Hallmark-decked landscape of feelgood Christmas flicks, LGBTQ+ identities are usually nowhere to be found. However, streaming services are about to change the festive game with not just one but two queer-focused releases.

Sixteen years after a same-sex storyline was infamously cut from Love Actually, Netflix is trying to right the wrongs of that and many other movies with Let It Snow. The film, adapted from the 2008 young adult novel by Maureen Johnson, John Green and Lauren Myracle, is pure corny Christmas fun, transporting viewers to a small Illinois town hit by a snowstorm on Christmas Eve.

The advent of this seasonal queer story marks a major improvement for LGBTQ+ representation on-screen, reflecting the fact that more people – an increase of two per cent and four-and-a-half per cent in the UK and US respectively – now identify as non-heterosexual.

Unlike the book, Let It Snow features a female queer romance. Liv Hewson stars as Dorrie, who falls for closeted cheerleader Tegan (Anna Akana). Both actors identify as LGBTQ+, with Hewson being a non-binary lesbian and Akana openly discussing her bisexuality with her 2.6 million YouTube subscribers. This is refreshing since female characters in Christmas movies are typically straight protagonists waiting for a heteronormative kiss underneath the mistletoe.

While the recent likes of A Christmas Prince have promoted the cliché of the campy gay best friend, for so long queer women in rom-coms have been as rare as unicorns. But the significance of Let It Snow goes beyond mere representation. “Mainstream films with queer characters in supporting roles are important in raising visibility and changing hearts and minds from homophobia,” explains Naomi Bennett, founder of LesFlicks, a platform which aims to increase public knowledge of, and access to, films with lesbian or bisexual themes or characters. “It’s essential that these writers create positive and accurate representations.”

Yet even when queer content enters the mainstream through the front door, it’s hardly ever in a lighthearted manner. Until now the closest thing to a Christmas movie catering to queer female audiences was Todd Haynes’ period drama Carol, which for all its merits is not exactly a happy romance. So what’s the answer? “The best thing to do is to write a straight Christmas story and then change the man to a woman and update the language,” Bennett suggests. 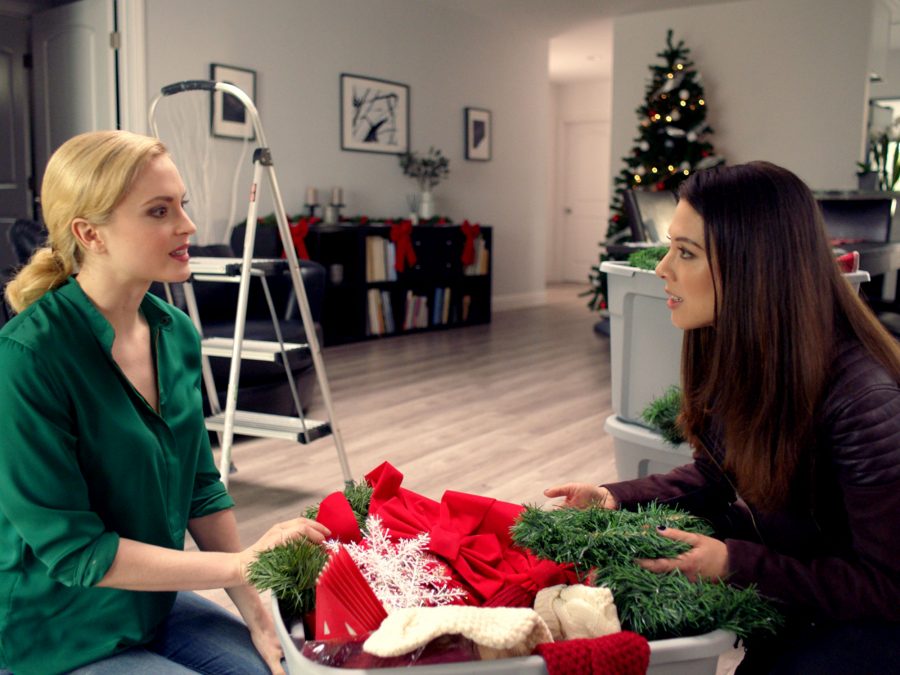 This year, crowdfunded all-queer female holiday movie Season of Love is flipping the heteronormative narrative. It presents three same-sex romances by using the same tropes as traditionally straight Christmas romantic comedies. “I hope we can show the world that our stories need to be in the mix,” says director and producer Christin Baker.

If it’s hard to buy that Iris (Emily Goss), left at the altar by a man, can find solace and true love in just a few days, it’s not because she falls for a woman. It’s simply because in true holiday rom-com fashion, the narrative doesn’t allow for much in the way of character development. More believable are the subplots involving diverse queer couples at different stages in their relationships.

Baker continue, “It’s difficult for [queer] women to get funds to make movies. Then you have a male director making a movie and sometimes they just don’t get it quite right so the community doesn’t embrace it. If studios gave money to female producers and proper money around advertising and distribution, they would see there is an audience.”

Season of Love boasts one name well-known to the LGBTQ+ community: Dominique Provost-Chalkley, famous for portraying Waverly in Syfy series Wynonna Earp, plays Sue, a woman trying to find her voice both as a singer and a partner to her long-time girlfriend. “I knew it was an important project for the community as soon as I heard about it and was a large part of the reason I decided to take the role,” Provost-Chalkley reflects. She adds that working with beautiful, strong queer creatives “gives me hope for the future of media and reassures me that we are moving in the right direction.”

The next hotly-anticipated step in the right direction for festive queer rom-coms is the theatrical release of Happiest Season. With lesbian director Clea DuVall behind the camera, the Kristen Stewart-Mackenzie Davis vehicle has all the makings of a tragedy-free topper for our Christmas trees in 2020. Because queer women deserve instant holiday classics too.