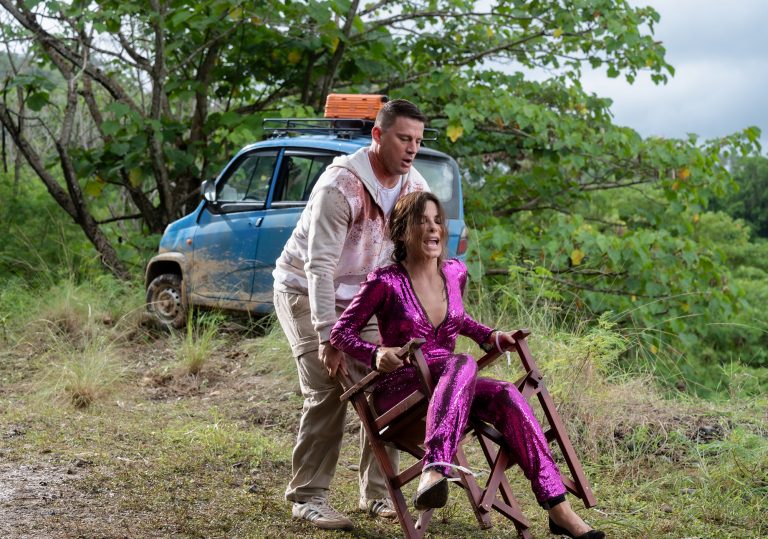 Brad Pitt’s brief cameo is the thing that really lingers.

Where mid-budget movies once greased the wheels of the Hollywood machine, today their stock is at an all-time low. A number of factors have contributed to this decline, including the rise of prestige TV, the proliferation of streaming platforms, and the fact that the box office has become monopolised by a handful of corporations gripped by franchise fever. All of which makes The Lost City feel like a rare treat – a sexy, smart, self-aware studio comedy with an original premise and a bona fide A-list cast that gets by on more than pre-existing brand awareness.

Don’t call it a throwback though. Despite bearing certain similarities to high-concept action-adventure romantic comedies of yesteryear (namely Romancing the Stone, The Jewel of the Nile and Six Days, Seven Nights), this is a thoroughly modern romp. Sandra Bullock stars as Loretta Sage, publicity-shy author of a formulaic but hugely popular adventure-romance novel series that centres around a dashing explorer in the Indiana Jones mould. On the eve of her new book tour, Loretta is kidnapped by a douchy billionaire called Abigail Fairfax (Daniel Radcliffe) who is hunting for treasure on a tropical island somewhere in the Atlantic.

It transpires that Loretta’s novels are partly based on her late husband’s archaeological research, making her the only person capable of deciphering the clue that will lead Fairfax to the priceless artefact. Alerted to her sudden disappearance, Loretta’s unflappable publicist Beth (Da’Vine Joy Randolph) and hunky cover model Alan (Channing Tatum) hire a preposterously alpha ex-Navy SEAL named Jack Trainer (Brad Pitt, having an absolute blast) for a daring rescue mission. With Beth assisting from the sidelines, Jack and Alan quickly track down Loretta – but at the crucial moment Jack goes MIA, leaving Alan and Loretta quite literally up the creek.

From here on it’s unclear who is supposed to be saving who. Directors Aaron and Adam Nee and screenwriters Oren Uziel and Dana Fox nimbly swerve a trad damsel-in-distress narrative by having Loretta frequently bail Alan out of trouble, as when she de-leeches his naked buttocks after the pair evade their pursuers downstream. They strike a good balance between tongue-in-cheek humour and classic screen romance, trading on Bullock and Tatum’s natural charisma and comic timing. No disrespect to The Rock, but it’s refreshing to watch a mainstream action-comedy with a leading man who has genuine sex appeal; paired, no less, with a leading woman 16 years his senior. (Take that, age gap discourse!)

Buried treasure notwithstanding, the biggest mystery here is why Paramount decided to drop ‘of D’ from the title: Not only is ‘The Lost City of D’ more intriguing and playful, it’s actually the name of Loretta’s latest novel, which is referred to by its full, unambiguous title throughout. Did the po-faced producers fear this pun would fly over the heads of those not au fait with the work of Serious Filmmaker James Gray? Or did they simply deem the wink-wink connotations of the guilty initial to be too risqué? Let’s hope the joke isn’t ultimately on them, because we need more mid-budget movies like this.

Brad Pitt’s brief cameo is the thing that really lingers. 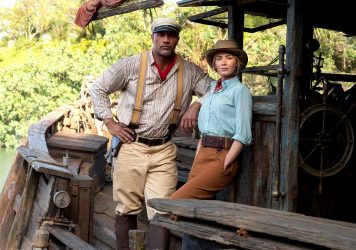 Expectations be damned: Disney’s riverboat caper is one of the year’s most purely pleasurable motion pictures.