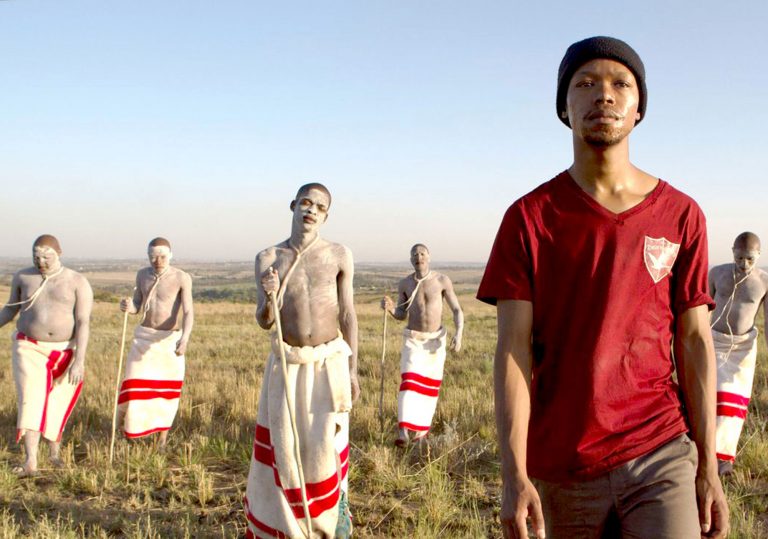 An unfamiliar approach to a weathered formula and Nakhane Touré’s debut performance intrigue.

Touré shines as the repressed Xolani in a film that refuses to deal with the purely superficial.

A jarring conclusion sours what would an otherwise superb offering.

An imposing undercurrent of portent, of grand repercussions stemming from quiet beginnings, is apparent from the off in John Trengove’s delicate film about youth and sexuality. As Xolani, Nakhane Touré plays a caregiver for the young men attending a South African initiation who is forced to keep his sexual orientation under wraps.

No-frills camerawork and sparse, ambient sound design add to the air of insularity endured by Xolani. Forced to hide from the conservatism of his peers, his assignations with Bongile Mantsai’s Vija seem a well-kept secret until the arrival of Niza Jay Ncoyini’s city-boy Kwanda. Seeing through their act, Kwanda comes under Xolani’s care as he sets upon the path to manhood, all the while posing a threat to the security of all three men.
Within this unassuming technical framework it falls upon the actors to carry the film.

Thankfully, all excel in their approach to portraying the disparate attitudes of these three embattled individuals. Touré in particular offers a beautifully understated performance that, from the first tortured look slipped past Kwanda’s father when he recognises himself in the stories of the man’s repressed son, reveals all he has been pressured to withhold. Mantsai’s portrayal of a man at war with his own sexuality perfectly explores the need to mask the truth with classical ‘butch’ masculinity, as well as the correlations between sex, power and control.

That said, one major misstep occurs in its final moments. An uncharacteristic show of aggression comes close to undermining the subtlety of all that came before. It’s a shame given the nuance on show elsewhere, though the insights demonstrated throughout easily provide enough reason to overlook this misjudged ending.

An unfamiliar approach to a weathered formula and Nakhane Touré’s debut performance intrigue.

Touré shines as the repressed Xolani in a film that refuses to deal with the purely superficial.

A jarring conclusion sours what would an otherwise superb offering. 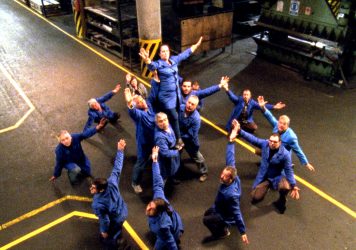