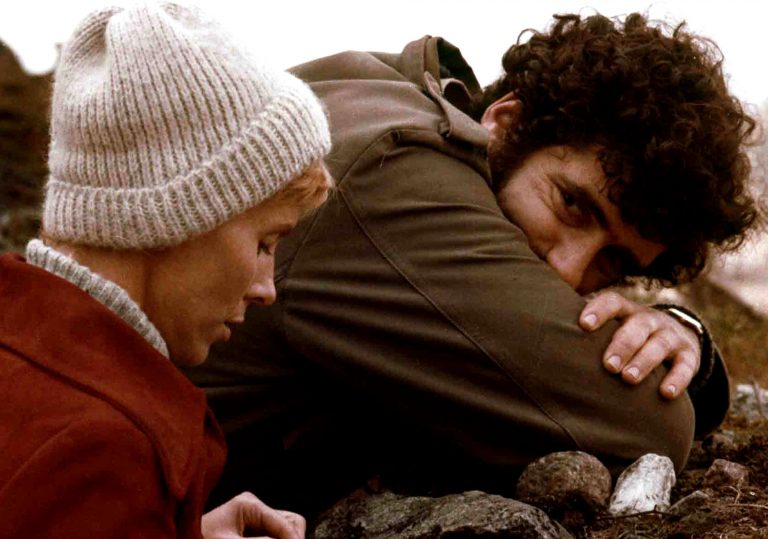 Results may vary when European directors make movies in other countries, especially during the 1970s.

Gould is great but Andersson is astounding.

Effortlessly brilliant, even if its central drama starts to feel oppressive in its latter stages.

Ingmar Bergman’s first English-language feature is a lost, mid-career gem, unearthed and restored by the BFI.

There’s something about this lacerating examination of kneejerk marital infidelity that prompts you to wonder whether its maker, the Swedish writer/director Ingmar Bergman, is having a bit of a laugh. Within seconds of the film starting, it plumbs the very depths of bleakness as Bibi Andersson’s perky, elfin housewife, Karin, is informed that she has arrived at the hospital just a tad too late to bid farewell to her now deceased mother. They called her in, but the she just wasn’t able to zip across town fast enough to witness the dying of that particular light.

The question, then: does her life immediately after that austere juncture get better or worse? Do these subtle traumas, which appear to have no discernible effect on her emotions of psychological wellbeing, bore down to the inner depths of her soul and start to send silent signals of self loathing? Does she react to a sudden change without being aware of the impulse that drives her?

Wandering a corridor in a semi daze, Karin bumps into David (Elliott Gould), a raffish American archeologist sporting a tousled beard and lots of corduroy. The next thing she knows, David is in her house and she’s serving him cocktails, apparently, we learn, a guest of her meek and mild husband Andreas (Max von Sydow) who works as a doctor.

With her beaming smile and courteous manner, she skilfully dodges David’s intense gaze and basks in petty bourgeoise bliss. Andreas wanders into another room for a moment and David makes his move. ‘I love you’, he admits with worrying casualness. Karin is shocked. She instantly rebuffs him, but then instantly regrets her decision to do so. Perhaps her recent brush with death has prompted her to question the secure, sheltered existence she leads. Maybe this could be a way to mix things up a little, to assert her independence and experience something new?

Bergman charts their torrid affair in unbearable detail – the experience is a little like being trapped in a ocean liner cabin with with a pair of lusty but reticent swingers. Gould convinces as a randy, displaced American who is in Sweden to symbolically excavate a Madonna statue in an ancient church. His lightly exotic otherness lends the narrative a certain credibility, as it may initially seem as if Karin entered into this tryst in the knowledge that he’ll be leaving soon and she’ll be able to file it away in her memories. But it isn’t as easy as that.

Visually the film is flat and ugly, but perhaps purposefully so. David’s apartment is a green-painted hovel strewn with dust and dog-eared papers. Bergman appears to be saying that hygiene is no impediment to love, and that part of David’s appeal for Katrin is that she is finally able to know what it’s like to get her hands dirty. What makes the story interesting is the many subtle twists along the way, and the fact that all three of the central protagonist reveal surprising hidden depths, or seldom react to a situation in a predictable way.

Maybe this film, which famously flopped at the box office on its release in 1971, is little more than trial run for the director’s 1973 magnum opus, Scenes from a Marriage, itself a forensic study of a broken marriage. Yet even Bergman merely riffing on a theme is far more absorbing and provocative than most pretenders to the throne.

Results may vary when European directors make movies in other countries, especially during the 1970s.

Gould is great but Andersson is astounding.

Effortlessly brilliant, even if its central drama starts to feel oppressive in its latter stages.