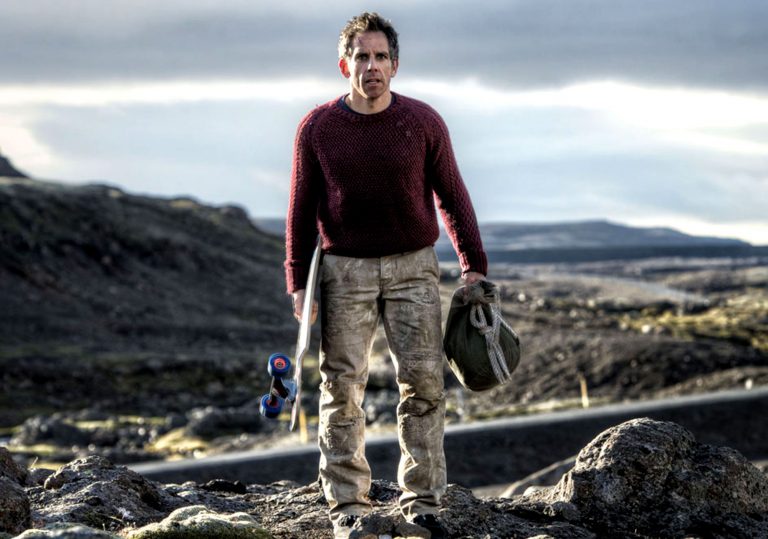 It’s the the Forest Gump, apparently. Not sure that's entirely a good thing.

One of Stiller’s lesser efforts.

Taking up the Mitty mantle with only marginal success, Ben Stiller’s latest directorial effort opens on a wan, beleaguered figure. He’s solitarily, staring at a computer screen, unsuccessfully hitting ‘wink’ on an internet dating app. It’s a distant amorous action towards a colleague (Kristen Wiig) he lacks the confidence to approach.

An overall air of downcast futility pervades Walter Mitty (Stiller), a man who is at least moderately compacted if not exactly crushed by everyday concerns. The cinematography singles him out against cold corporate backdrops, with harsh symmetrical set-pieces and a series of long hallway shots signalling that despite his kooky sister (Kathryn Hahn) and kindly doting mother (Shirley MacLaine), he’s profoundly, terribly alone.

None of this is problematic until you realise that Stiller never quite measures up to pratfalling japester Danny Kaye whose part-Frank Spencer, part-Cowardly Lion portrayal is the lynchpin for the 1947 film of the same name. And when not engaged in the hallucinatory fantasies John C Thurber’s character made so famous, Stiller makes for a rather lacklustre figure of inspiration. He lacks the vigour, spark and innate likability that Kaye brought to the role. And, disappointingly, with the exception of one perversely odd scene that takes The Curious Case of Benjamin Button somewhere even more curious, these instances of emboldening fantasy borrow more from the school of Michael Bay than anything seriously silly.

A simple love story, the forthcoming closure of Mitty’s place of employment at Life magazine and a missing photo negative help concoct a coherent narrative. The negative is to be the pièce de résistance in Life’s final feature and rogue photojournalist Sean O’Connell (Sean Penn) is nowhere to be found. Under duress from Adam’s Scott’s Tim Hunter (snarky corporate indifference in human form and a douchey beard) Mitty finally makes a move. Travelling from Greenland to Iceland to the Himalayas in search of the otherwise uncontactable Sean, he tries to track the telltale heart negative that could make or break his mag.

The fantasy sequences work well to quickly parlay gentle comedy into drama, then adventure and then back again with the movie eventually leaving them all behind as Walter finally finds his feet and starts to man-up. But the parts are often greater than the movie as a whole and while The Secret Life of Walter Mitty is undeniably full of pretty neat stuff (sharks, mountains, drunken helicopter rides, unpronounceable volcanoes) and at times is decently entertaining, it never quite satisfies in one area.

There’s a derisive ‘Chicken Soup for the Soul’ mysticism spread throughout that might lead the more hard-hearted to accusations of utter hokum, phoneyism or just plain old cheesiness. Spectacular though slightly self-congratulatory, the man-against-nature montages replace real storytelling and it’s never quite as rousing, incredible or inspirational as it wants or could be.

With all the easy aphorisms of a ‘Hang in There, Kitty’ poster, The Secret Life of Walter Mitty has its moments but would do well to take tips from a far superior modern fable when Marge Simpson glances at the aforementioned poster and muses “You said it, kitty.” And upon looking more closely comments, “Copyright 1968. Hmm, determined or not, that cat must be long dead. That’s kind of a downer.”

It’s the the Forest Gump, apparently. Not sure that's entirely a good thing.

One of Stiller’s lesser efforts. 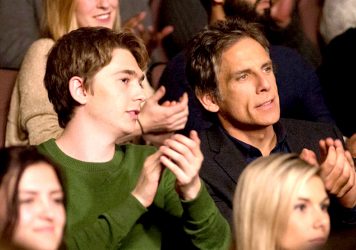 Ben Stiller playing another self-pitying white dude? Yes, but this is thought-provoking and rewarding comedy. 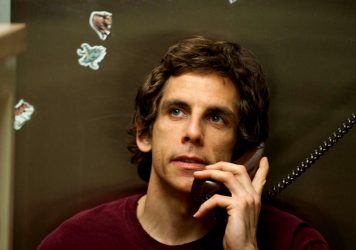