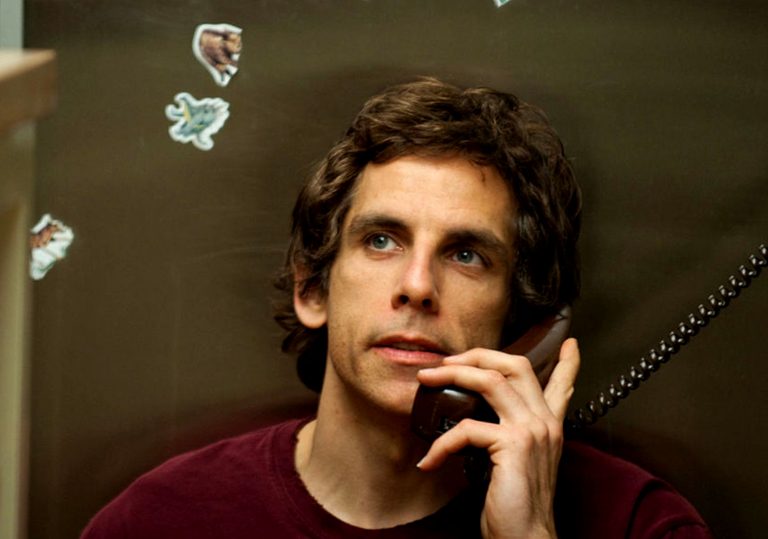 For a film that quite deliberately doesn’t do much, Greenberg is surprisingly affecting.

Baumbach grows up and suggests he’s getting better with age.

Roger Greenberg (Ben Stiller) has issues. He’s pushing 40 but never really settled down. His freshman dreams squandered by the folly of youth, Greenberg’s life has unfolded through a succession of tentative baby steps towards discontentment. As an out-of-work carpenter fresh from a stretch in a psychiatric hospital following a nervous breakdown, Greenberg spends his days scribbling sniffy letters to corporate chains and generally putting the world to rights.

Returning to LA to housesit for his holidaying brother, Greenberg is keen to re-seam the ties he severed when he flew the coop for New York 15 years earlier. Looking up old acquaintances, however, merely amplifies Greenberg’s self-loathing, which he masquerades with an unconvincingly carefree demeanour. But his nonchalant attitude isn’t fooling anyone. The simple truth is, this isn’t how he had it all mapped out.

In a bid to stave off boredom, Greenberg decides to bask in the freedom of his bachelordom and fixes his crisis-ridden crosshairs on his brother’s young assistant, Florence (Greta Gerwig). Approachably cute with an unknowing, girl-next-door charm, Florence reciprocates Greenberg’s awkward advances, but his hand-grenade temperament quickly reasserts her reservations. As Florence prudently puts it: “Hurt people hurt people.”

And Greenberg hurts people. Whether it’s Florence or default best friend and former bandmate Ivan (Rhys Ifans), he seems perpetually blind to the misery he deflects onto those closest to him. But the more he hurts, the more Greenberg begins to realise that Florence might just be the salvation he’s not been looking for.

Although it’s been a while since he’s turned up in anything with this much dramatic merit, Stiller is a safe choice in the lead. Assuredly excavating the chip from Chas Tenenbaum’s shoulder, Stiller’s schizophrenic performance rests heavily on a script laced with witticisms, wry humour and even a few momentary cries for tomfoolery. Ignoring his greying, matted hair and drab russet attire, this is pretty standard Stiller, but the balance between laughing with and at him has been well struck, at least.

If The Squid and the Whale and Margot at the Wedding were humane in their respective portrayals of a family in decay, then Greenberg represents something of a departure for Noah Baumbach. Spinning his brand of character blanketing into an intimate dissection of one man’s misanthropic path of self-depredation, Baumbach encourages his audience to embrace Greenberg, shortcomings and all. It’s not an easy sell, but with a scatterbrained Gerwig as the grounding force in this unlikely but believable match-up, you can’t help but warm to him.

Clearly Baumbach is aware of the strength of the Stiller/Gerwig dynamic and as such he refrains from indulging an otherwise sure-handed supporting cast. Jennifer Jason Leigh (aka Mrs Baumbach) and mumbleking Mark Duplass appear only briefly, while a lacklustre Rhys Ifans is underplayed as Greenberg’s all-too-compliant voice of reason.

Ultimately, Greenberg will be judged on a script which, in its substitution of wispy idiosyncrasy for sharp, biting humour, may well see Baumbach win over the cynics.

For a film that quite deliberately doesn’t do much, Greenberg is surprisingly affecting.

Baumbach grows up and suggests he’s getting better with age.