The Seasons in Quincy: The Four Portraits of John Berger 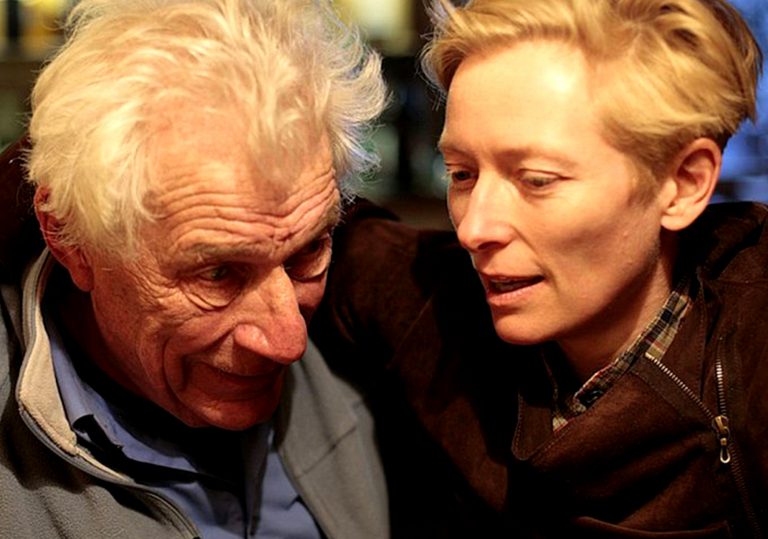 Tilda Swinton heads up this ode to the late intellectual heavyweight.

A few sweet, informative moments. Enough to carry it across the line.

Berger diehards are likely to glean the most pleasure from this.

The famed author of Ways of Seeing is the subject of this chaotic but charming doc.

How best to cover the life and times of one of Britain’s foremost poetic thinkers, John Berger, on film? Give him the linear This Is Your Life treatment, with fawning endorsements from friends and family? Stick to a single, salient episode and go into minute detail? Or maybe opt for something a little more kooky and conceptual? The Seasons in Quincy: Four Portraits of John Berger goes for a little bit of all three routes, offering more remedial material for Berger newbies and a some deep-dive stuff for the superfans.

Berger was catapulted to intellectual infamy with his now-classic TV serial, Ways of Seeing, based on his own book, in which he offered a bullshit-free analysis of how we could and should read images and glean information from art. This film offers some thoughts on how Berger’s ways of seeing have developed in the intervening years, how he applies his work to life and how his ideas interface with the political realities of the world.

This film is split into four separate segments, each dealing with Berger’s life and work from a slightly different vantage. The first sees old pal Tilda Swinton rock up to his little farmhouse in the remote Alpine region of Giffre and the camera watches as the pair wax philosophical while slicing up fruit. It sets the pair up as close friends, but the impression is that she is an acolyte and he is happy to engage. He seems uninterested in her day job. And yet, it’s perhaps Swinton’s hunger for knowledge, for poetry, for ways of expressing her desires that leave the strongest impression here.

Next the focus shifts to human/animal relations as a way of expressing the essential loneliness of existence, and then a panel discussion on representations of war. To close things out, there’s more fruit based antics, as Berger sends Swintons kids off to pick raspberries and hang out with his own son. This final section, directed by Swinton, is a highlight, focusing more on interpersonal trifles and dialling back the hard philosophical contemplations. Seeing Berger converse with Swinton’s kids is a highlight, as he actively tries to connect his complex worldview to the soft banalities of everyday life. The pursuit of freedom at any price is encapsulated in a sweet post-credit sting.

It’s a scruffy work which feels like its been hashed together by hook or by crook. Swinton’s climactic section is the only bit that comes across as a real film in which a director reacts to the landscapes and subjects with the camera. The opening segment tries this, but ends up being rambling and incoherent – probably a state many a philosopher has had to pass through to eventually reach the good stuff.

Tilda Swinton heads up this ode to the late intellectual heavyweight.

A few sweet, informative moments. Enough to carry it across the line.

Berger diehards are likely to glean the most pleasure from this.